Mr Cox reportedly clashed with Mr Johnson after the Government confirmed to Scotland’s Court of Session that Mr Johnson would comply with the requirements of the Benn Act to request a delay if no deal has been agreed with the EU by October 19. The assertion runs contrary to Mr Johnson’s insistence that he would “rather die in a ditch” than do so. After news of Friday’s submission was confirmed, Mr Johnson tweeted: “New deal or No Deal”. 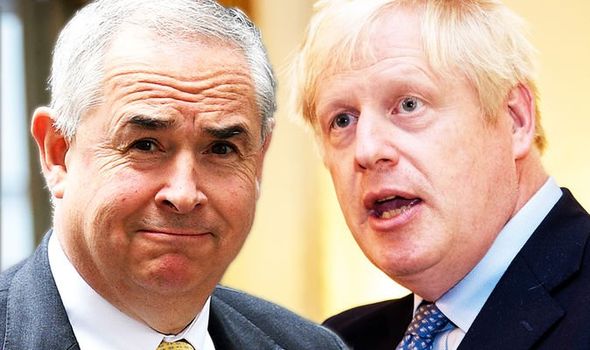 One insider said Mr Cox and Lord Keen had both told the Prime Minster if he did not write the letter, he wold face resignations, adding: “Boris was absolutely furious but he had to back down.”

Boris Johnson has been warned the Government’s chief law officer will resign if he does not write to Brussels to ask for a Brexit extension, The Mail on Sunday has learned.

Mr Cox is believed to have told Mr Johnson refusal to obey the Benn Act would destabilise the UK’s legal system, the Mail on Sunday reported.

He subsequently denied there had been a “row” with the Prime Minister, while stressing he was “not at liberty” to discuss any advice he had given Mr Johnson.

JUST IN: Checkmate: Boris Johnson ready to use cunning veto to sabotage EU

[SCROLL DOWN FOR REGULAR UPDATES] 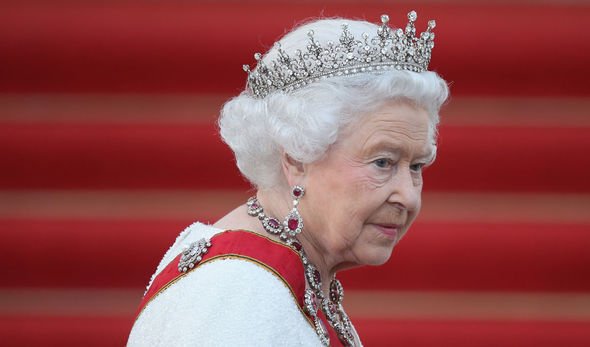 10.34am update: Government “will abide by the law”, insists Barclay

Mr Barclay, when asked whether the Government would send a letter to the EU requesting a Brexit extension if a deal has not been agreed, said: “I can absolutely confirm that the Government will abide by the law.”

Pressed again, he said: “Whatever the law says we will comply with the law.”

Last week Scotland’s highest civil court heard from UK Government lawyers that Mr Johnson accepts he must send a letter requesting a delay to Brexit beyond the Halloween deadline if no deal is agreed with Parliament by October 19.

Asked about the commitment, Mr Barclay said: “If a commitment is given to the court, you abide by it.”

10.30am update: Government is talking with opposition MPs to secure support, says Barclay

Brexit Secretary Steve Barclay has confirmed the Government has been holding talks with opposition MPs in a bid to secure their backing for a deal.

“And particularly those Members of Parliament in Leave constituencies who have voted against no-deal and voted against a deal three times, then they will need to be able to address this issue when they return to their electorate.”

Shadow attorney general Shami Chakrabarti has insisted there are no loopholes in the Benn Act, designed to stop a no-deal Brexit, but warned that the Prime Minister speaks with a “forked tongue”.

“The letter has been drafted and attached to the Act to the European Union asking for more time.”

Ms Chakrabarti said Boris Johnson “speaks with forked tongue” on his intention to ask for an extension from the EU.

She added: “He seems to have a very casual relationship with the law.”

“I have full trust in the Commission as our negotiator to try to find a good compromise with the UK,” he told BBC One’s The Andrew Marr Show.

“If Mr Johnson is willing to negotiate that’s a very good sign and certainly from Europe’s side we are always looking for a deal that works for everyone.”

Mr Karins said striking a deal was “fully dependent on the will of Mr Johnson because from the European side we are always open and looking towards a deal”.

“If a deal can be found that keeps the single market intact and is not bad for the Republic of Ireland I think it would work for the rest of the EU as well.”

Pressed by Ms Ridge over speculation about whether the Government could ask another EU member state to veto a request to extend Article 50 to ensure Brexit happened on October 31, Mr Jenrick was dismissive.

He said: “I have not heard any serious talk of that beyond the speculation that I have seen in the papers, so I think that, with all due respect, is just tittle-tattle.”

Housing Secretary Robert Jenrick repeatedly refused to say whether the Prime Minister would write a letter to the EU asking for a delay to Brexit if a deal has not been agreed by October 19.

In an interview with Sky’s Sophy Ridge On Sunday, he said: “We’ve said that as any Government would do we will comply with the law. However all of our efforts now are focused on trying to get a deal.

“And we’ve just put forward some, I think, very reasonable and thoughtful proposals to the EU – they try to answer the questions that had dogged the previous deal prepared by Theresa May.”

Pressed again, Mr Jenrick said: “The Prime Minister has been very clear that he is not going to extend Article 50 – I don’t think he personally could have been any clearer.

“We have said that we will comply with the law however what we’re going to do now is work as hard as we possibly can to secure that deal.” 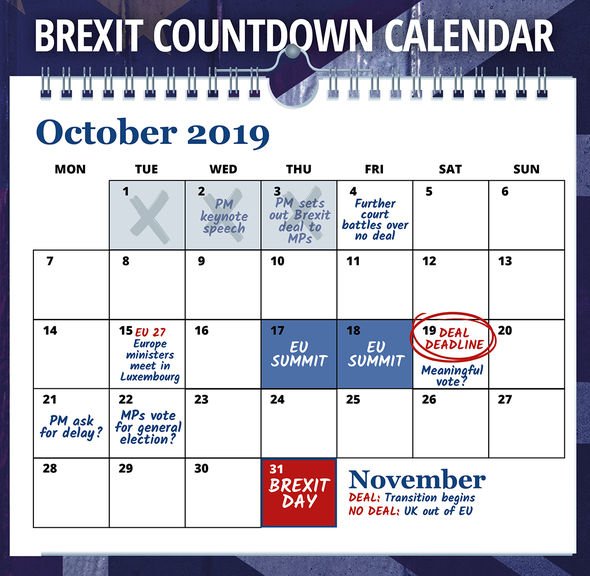 Boris Johnson has urged Brussels to “grasp the opportunity” his new Brexit proposal provides, as he repeated his vow not to delay the UK’s departure from the EU.

The Prime Minister insisted Britain will pack its bags and walk out on October 31, but said it remains to be seen whether Europe will “cheerily wave us off” with a deal.

Describing his blueprint for an agreement as a “practical compromise that gives ground where necessary”, Mr Johnson said it represents the UK “jumping to the island in the middle of the river”.

Writing in the Sun on Sunday, he added: “If we’re to leave with a deal, we now need the EU to jump over from its side and join us there, showing its own willingness to do a deal that the UK Parliament can support.”

9.40am update: ‘It’ll take POLICE to get him out of No10!’ Boris calls bluff over Queen sacking threat

Boris Johnson will call Remainers’ bluff and ask the Queen to sack him if she dares, and is even prepared to “squat” in Number 10 rather than quit as Prime Minister, senior aides have warned, as the crisis swirling around Brexit deepens.

One senior figure even claimed police would have to turn up outside Number 10 with a warrant in order to persuade him to leave.

Mr Johnson is facing a showdown with MPs with the UK set to quit the bloc at the end of the month, with a new law passed last month – the so-called Benn Act – requiring him to request a further delay to Article 50 if he fails to agree a deal with Brussels by October 19.