Mr Francois accused Theresa May of wasting three years due to not believing in Brexit. The Tory MP is backing Boris Johnson, who has vowed to take the UK out of the EU with or without a deal by October 31, to replace her. The Brexiteer said: “Theresa May was a Remainer, who never truly believed in leaving the EU and cost us three lost years as a result.

“For this reason I believe it is overwhelmingly likely that our party members will eventually select a Brexiteer who is utterly determined to leave by Halloween – and that to me means Boris Johnson.”

Mr Johnson is the frontrunner in the Tory leadership race which is in full swing.

The former foreign secretary topped the second round of voting tonight.

Mr Johnson won 126 votes, with his nearest rival Jeremy Hunt trailing behind on 46. 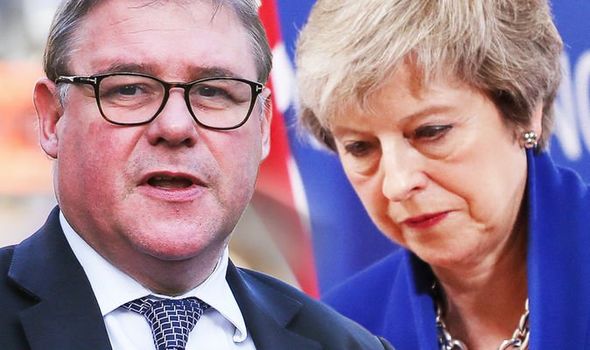 Michael Gove was in third place on 41 votes, Rory Stewart secured 37 and Sajid Javid took 33, the exact number needed to stay in the race.

Speaking after the results were announced, Mr Francois said: “It was great to see Boris going up again – that’s obviously encouraging.

“In a sense it’s a shame to lose Dominic Raab because he is an extremely capable politician. 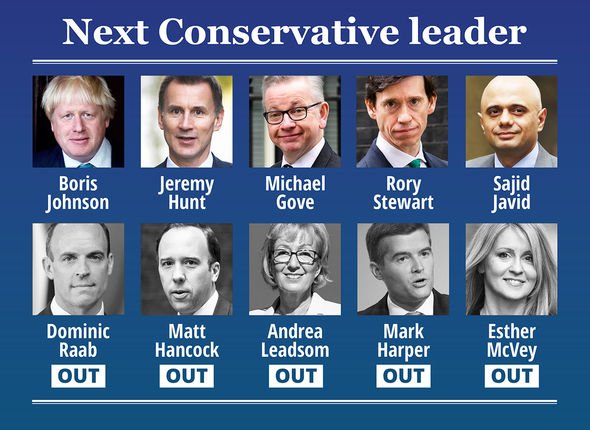 “I hope whoever wins – and I hope it’s Boris – will find a good place for Dom in his Cabinet.”

Mr Johnson tweeted his thanks to those who voted for him in the secret ballot.

He said: “Thank you to those who supported me in the second ballot. Very much look forward to taking part in tonight’s BBC debate.”