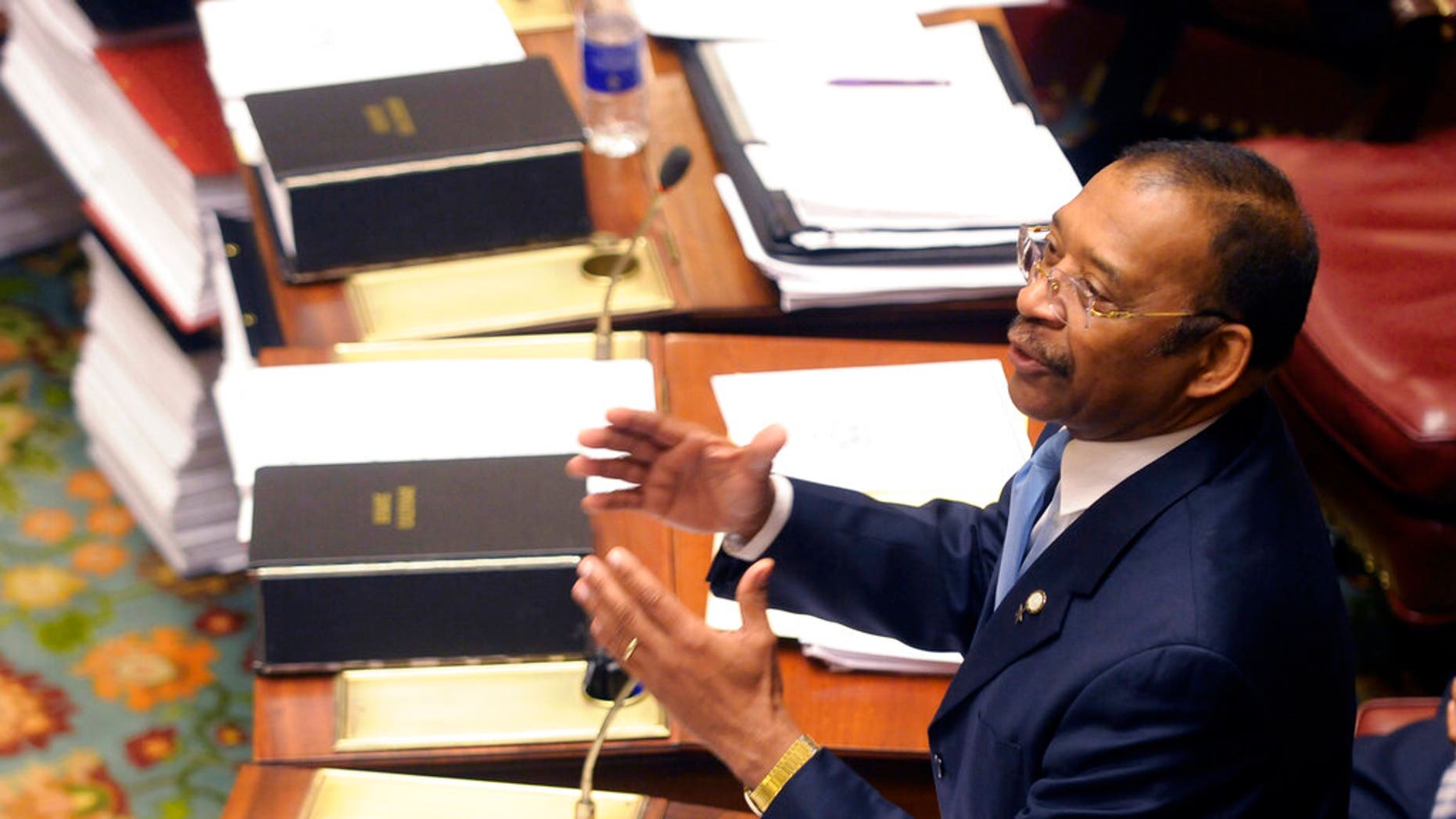 FILE: Sen. Ruben Diaz, Sr. , D-Soundview, speaks during a session of the New York state Senate at the Capitol in Albany, N.Y.
(AP)

City Councilmember Ruben Diaz Sr. said Sunday that he’d rather give up his powerful committee assignments than apologize to openly gay Speaker Corey Johnson for his homophobic comments.

Diaz Sr. — who was appointed by Johnson to committees on land use, public housing and transportation — again refused to apologize for saying last week that the City Council is “controlled by the homosexual community.”

Johnson is “asking for an apology, you know that,” the preacher politician Diaz told The Post outside his church.

Refusing to offer a mea culpa, Diaz added, “If he had to take away my [positions] away from me, I would understand that.”
Johnson said Sunday he is weighing his options.

TULSI GABBARD UNDER FIRE FOR PAST ANTI-GAY REMARKS AMID 2020 BID, SAYS SHE HAS SINCE 'EVOLVED'

“We are currently reviewing all potential disciplinary scenarios. Nothing is off the table,” Johnson said, citing Diaz’s “indefensible refusal to apologize or even acknowledge the hurt he has caused” — as well as the “many” council members who have called for Diaz Sr.’s censure or ouster.

The council’s LGBTQ Caucus and Women’s Caucus demanded his resignation in a joint statement Sunday.