Budget reconciliation: What to know about process used in COVID aid fight 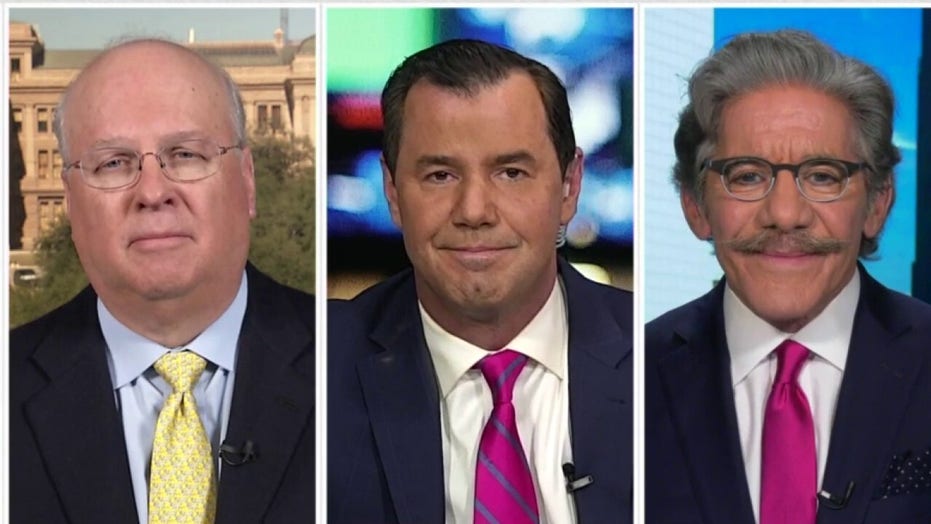 Get used to the following term “budget reconciliation.”

This is the special parliamentary process President Biden and congressional Democrats plan to use to advance the next coronavirus relief package. It will likely take a few weeks just to move such a COVID-19 measure. But, an understanding of the process may shed light on the policy – and the political realities of Capitol Hill.

President Biden and Democrats in Congress have long memories about how Republicans responded to big legislative initiatives 12 years ago. The country reeled after the financial crisis. But many Republicans made a pact to reject a stimulus package to help boost the economy. Later that year, and, in early 2010, Republicans also voted nearly in lockstep to oppose ObamaCare.

Right or wrong, Democrats felt they waited for Republicans to help out. But were met with blockades and political opposition. Democrats are wary that they can count on GOP support this year. They still feel the sting of 12 years ago. And that’s why Democrats may go it alone on their next COVID-19 relief measure.

That’s where budget reconciliation kicks in.

Republicans are already complaining that Democrats aren’t working with them on the next COVID bill – even though a group of ten Senate Republicans assembled their own plan. The Democrats’ $1.9 trillion package may be too expensive for many Republicans. Not targeted enough. It would heap too much money on the deficit. There’s been very little chatter about the Republicans’ key demand last year to extend a legal liability shield related to the pandemic.

Advancing any coronavirus bill boils down to crafting a package which coaxes just the right number of votes to pass in the House and Senate. Democrats can only lose four votes in the House and still approve a bill. The breakdown right now in the House is 221 Democrats to 211 Republicans. That number could dwindle if a COVID bill isn’t ready until early March – the expected target date. By that stage, House Democrats may already be down a couple of votes if the Senate confirms Rep. Marcia Fudge, D-Ohio, as Housing Secretary and Rep. Deb Haaland, D-N.M., as Interior Secretary.

The math in the Senate is well-known. It’s split 50/50. Vice President Harris can break a tie there. But, it takes 60 votes to overcome a filibuster on legislation. And Democrats – so far – have resisted calls from the left to extinguish the filibuster.

So how can Democrats possibly woo ten Republicans to join them to break a filibuster on the next coronavirus measure?

The easy response is draft a bipartisan bill which has universal buy-in from both sides. But consider what the sides went through for months to forge a bipartisan accord last year for COVID. It’s unclear the sides can, or would, craft such a measure. And Democrats are touting speed for this bill. They remember getting bogged down in negotiations for weeks with former Sen. Olympia Snowe, R-Maine, in an effort to advance ObamaCare more than a decade ago.

So, if Democrats lack the votes for the coronavirus bill, they may only have one option. The way to slide such a bill through the Senate is to use a once-a-fiscal-year, parliamentary gambit: budget reconciliation.

Budget reconciliation is a special parliamentary vehicle lawmakers can use to sidestep Senate filibusters. So no 60 vote requirement there. All you need is to find a simple majority to pass whatever bill you insert into a budget reconciliation package. This is the only path forward for Democrats if they’re unwilling to terminate the filibuster.

Let’s consider the quintessence of the Senate: Unlimited debate and an unlimited amendment process. But budget reconciliation eliminates that option.

In 1974, Congress approved the Budget Act which established the contemporary budget process. Both the House and Senate are supposed to create a non-binding budget blueprint establishing parameters for federal spending for the coming fiscal year in accordance with that law.

However, senators may adopt amendments which run afoul of the tight limitation of the Budget Act – if they vote to waive the Budget Act. Adoption of most amendments only requires a simple majority. But 60 votes are needed to bypass special Budget Act provisions under the budget reconciliation process.

This is where you may start to hear discussion of the “Byrd Rule,” named after late Senate Majority Leader Robert Byrd, D-W.Va.. Amendments and bill text considered under budget reconciliation must be fiscal in nature. They have to deal with tax and budgetary policy. Thus, a coronavirus relief measure probably qualifies. The bill also can’t add to the deficit over an extended period of time. Otherwise, the “Byrd Rule” applies and gets dropped.

This is why Democrats probably can’t do other “policy” under budget reconciliation. Immigration policy, statehood for the District of Columbia and expanding the size of the Supreme Court are out. Those aren’t fiscal issues. But COVID aid is.

And both sides have used budget reconciliation to try to achieve their own policy goals – especially when they know they can’t overcome a Senate filibuster.

Such was the case in 2010 when Democrats lacked a filibuster-proof supermajority to approve the final version of ObamaCare. Democrats used reconciliation because health policy qualifies for the process.

Congressional Republicans faced the same parliamentary hurdle when they tried to repeal ObamaCare in 2015 – and repeal and replace ObamaCare in 2017. GOPers couldn’t clear the filibuster hurdle. So they also used budget reconciliation.

Democrats may yet be able to convince a few Senate Republicans to vote for their COVID aid measure. But those numbers are probably limited. It’s still a stretch to get to 60 even if they pluck off a GOPer or two. And that’s why it’s likely Democrats will use the budget reconciliation process to sidestep a filibuster and pass the next coronavirus bill.