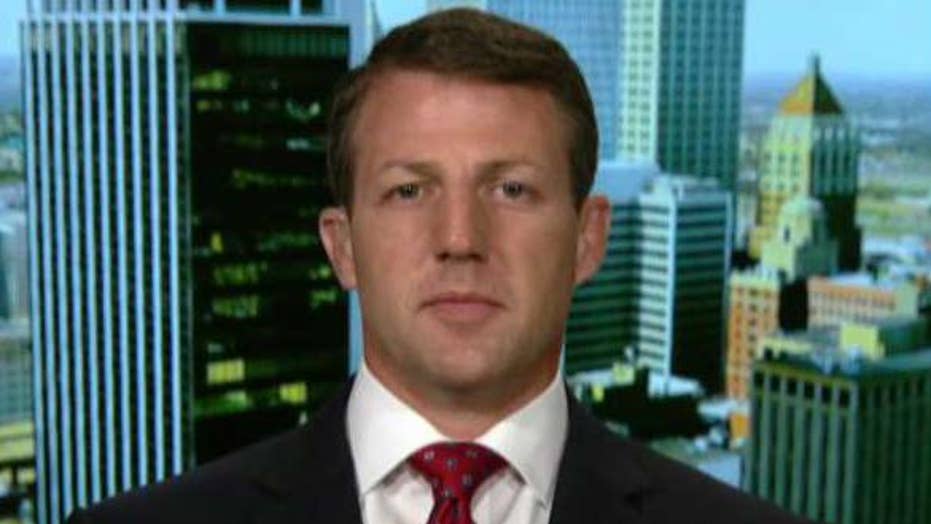 Rep. Markwayne Mullin, R-Okla., said he witnessed the moment a police officer shot a woman inside the U.S. Capitol on Wednesday and insisted the officer had no other choice.

A pro-Trump mob of rioters rammed their way into the Capitol Wednesday as Congress held a joint session to certify the election results, sending lawmakers into hiding.

Video shows a group attempting to force itself into the House chamber, where lawmakers were present. As protesters were breaking glass on the doors that kept them out to force their way through, a law enforcement officer fired a shot. One woman, Ashli Babbitt, was struck by a bullet and later died.

"When they broke the glass in the back, the [police] lieutenant that was there, him and I already had multiple conversations prior to this, and he didn't have a choice at that time," Mullin told ABC News' George Stephanapoulos on "Good Morning America" Thursday.

"The mob was going to come through the door, there was a lot of members and staff that were in danger at the time. And when he [drew] his weapon, that's a decision that's very hard for anyone to make, and, once you draw your weapon like that, you have to defend yourself with deadly force."

Mullin said police "showed a lot of restraint" and "did the best they could."

"That young lady's family's lives changed and his [the officer's] life also changed," Mullin said. "But what also happened is, that mob that was trying to go through that door, they left. And his actions will be judged in a lot of different ways moving forward, but his actions I believe saved people's lives even more. Unfortunately, it did take one though."

Mullin was among over 100 fellow Republicans in the House who days ago promised to contest the election results in Congress’ joint session. After the chaos died down and Congress returned to its session, he still objected to the results in at least one state.

The victim of the shooting, Babbitt, was a 14-year veteran who served four tours with the Air Force and resided in San Diego, according to media reports.

Babbitt was a strong supporter of President Trump, her husband told WTTG-TV. Messages to him from Fox News were not returned. Her husband was not in D.C. with her.

"I really don’t know why she decided to do this," Babbitt's mother-in-law told the local Fox affiliate in D.C.