The Civilian Office of Police Accountability (COPA) released a statement on Thursday announcing the completion of its 16-month investigation into the 2019 raid, in which a dozen police officers knocked down Young’s door with guns drawn, and handcuffed her while she was naked and in distress.

The investigation’s report describes massive deficiencies in the Chicago Police Department’s policies and training, and encouraged the department to prioritize improving those issues. COPA said it had already disclosed some of the issues it discovered in previous public comments and recommendations to the police superintendent.

“Over the course of the investigation, COPA issued three letters to CPD highlighting concerns about its Fourth Amendment training and search warrant acquisition and execution policies,” the statement said. “COPA also reviewed and commented on CPD’s revised search warrant directives, contributing remarks to further enhance and clarify standards of officer conduct and increase post-execution review and accountability … to address the unacceptable diffusion of responsibility.”

Young’s attorney told HuffPost that he plans to release a statement on the investigation Thursday evening.

WBBM-TV, the CBS affiliate in Chicago, first obtained police body camera video of the February 2019 raid and aired it December 2020. The disturbing footage showed officers bursting into Young’s home with guns drawn. The 50-year-old clinical social worker was undressing for bed and unclothed when a dozen male officers broke down her door with a battering ram and handcuffed her naked.

After about 30 seconds after entry, one officer tries to cover Young ― who was in extreme distress due to the raid ― with a jacket that still exposed her front, and soon after covered her more fully with a blanket. According to COPA, Young was handcuffed naked for nearly 10 minutes before she was allowed to get dressed, and was then handcuffed for an additional seven minutes.

Officers refused to tell her why they were carrying out the raid, despite Young telling them at least 43 times that they were in the wrong home and had the wrong information. After they broke in, the officers realized their informant had given them the wrong address, and that the raid was meant for Young’s neighbor, who was already wearing an electronic monitoring device.

“The raid of Ms. Young’s home was truly painful to watch,” COPA Chief Administrator Sydney Roberts said. “Given the significance of this investigation, COPA assigned this case to a uniquely constructed 10 member team to evaluate the critical Fourth Amendment issues raised in this complaint.

“While we cannot fully heal the pain Ms. Young experienced on that day and ever since, we hope that our investigation and recommendations will enable the healing process.” 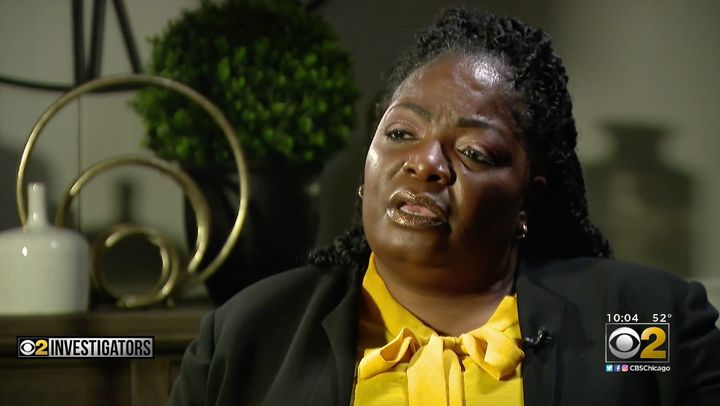 The results and recommendations of the COPA investigation have been delivered to police Superintendent David Brown for review, and will be made public after Brown has reviewed the report. Brown has 30 days to decide whether to discipline the officers based on COPA’s findings. He has not yet commented on them.

In November 2019, nine months after the raid, Young filed a Freedom of Information Request to obtain body camera footage of the incident. Chicago Mayor Lori Lightfoot — who did not take office until May 2019 — initially said that Young had not done so (a claim she later backtracked). In fact, the police department had denied Young’s request 18 days after she filed it.

Only after CBS Chicago released the footage did Lightfoot apologize to Young and promise to resolve the case. The city’s top attorney also resigned after it was revealed that the city sued the station to attempt to stop it from airing the footage.

Young’s attorney, Keenan Saulter, filed a lawsuit in February demanding compensation for the distress and emotional trauma the raid caused her. But despite promises from Lightfoot, CBS Chicago reported last month that the city still hasn’t offered Young a settlement and is delaying actions that might help bring closure to the incident.