Chicago reviewing statues of Lincoln, Washington, other US icons for possible 'action'

Chicago has developed a new initiative called the Chicago Monuments Project, which will allow community members and local experts to review monuments in the area and determine whether they “warrant attention or action.”

The new project and website come after Chicago Mayor Lori Lightfoot announced the city’s decision to remove two Christopher Columbus statues in June after rioters clashed with police and attempted to topple at least one statue in Grant Park.

The Chicago Monuments Project aims to “grapple with the often unacknowledged – or forgotten – history … and provides a vehicle to address the hard truths of Chicago’s racial history, confront the ways in which that history has and has not been memorialized, and develop a framework for marking public space that elevates new ways to memorialize Chicago’s history more equitably and accurately.” 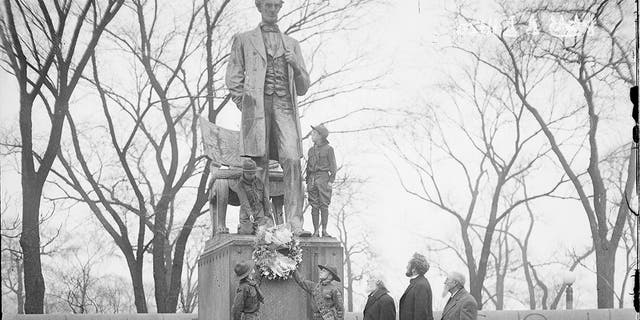 The city has appointed an advisory board of experts to determine whether “action” must be taken regarding certain statutes, and community members can participate in scheduled discussions about the project. The city is expecting to conclude the project in April, a press release states. 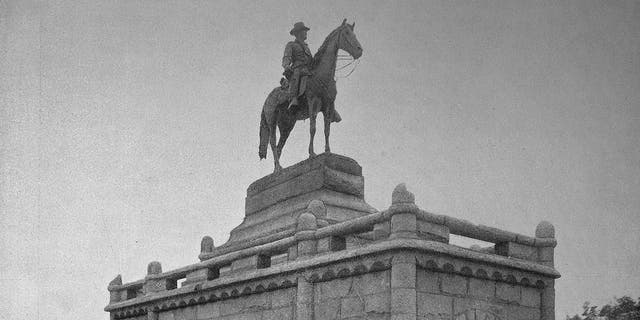 “This project is a powerful opportunity for us to come together as a city to assess the many monuments and memorials across our neighborhoods and communities—to face our history and what and how we memorialize that history,” Lightfoot said in a statement Wednesday.

STATUE OF ABRAHAM LINCOLN WITH KNEELING SLAVE REMOVED IN BOSTON

She continued: “Given the past year and in particular the past summer that made clear history isn’t past, it is essential that residents are a part of this conversation. This project is about more than a single statue or mural, it’s about channeling our city’s dynamic civic energy to permanently memorialize our shared values, history and heritage as Chicagoans in an open and democratic way.”

Lightfoot’s office did not immediately respond to an inquiry from Fox News. 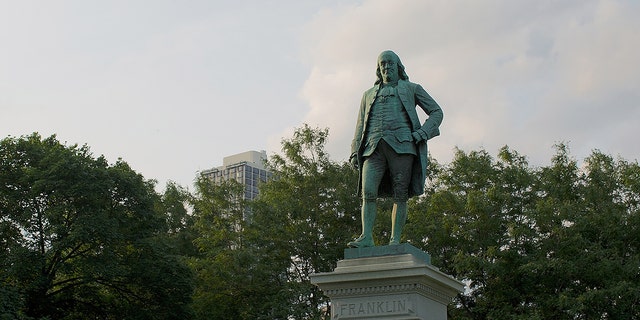 A general view of The Benjamin Franklin Monument at Lincoln Park on July 18, 2014, in Chicago. (Jeff Schear/Getty Images)

Statues under review will go through the following process before any action is taken: Community members give input on the project’s list of statues under review; the advisory committee opens discussion for new monuments; the committee reviews public comments and finally publishes recommendations for existing monuments.

The deadline for community members to submit public comments is April 1.

“The Chicago Monuments Project Advisory Committee has considered hundreds of the city’s sculptures and plaques in this critically important process,” DCASE commissioner and advisory committee co-chair, Mark Kelly, said in a statement. “The City’s public art collection is a defining characteristic of Chicago and it should reflect and respect all Chicagoans.”