The Prime Minister asked the Labour leader for fresh talks following a marathon seven-hour Cabinet meeting today. Mr Corbyn said he is “very happy” to sit down with Mrs May in an attempt to thrash out a plan for the UK to leave the EU with a divorce deal. He said: “We recognise that she has made a move, I recognise my responsibility to represent the people that supported Labour in the last election and the people who didn’t support Labour but nevertheless want certainty and security for their own future and that’s the basis on which we will meet her and we will have those discussions.

“And actually there’s far more that unites people on both sides about the kind of society we can be than divides them.”

The left-wing leader added that he would not set any “limits” ahead of the meeting but that he would recognise the “needs of the people that elected all MPs to Parliament and the need to avoid the dangers of crashing out”.

He later posted on Twitter: “I’ve agreed to meet Theresa May to ensure a disastrous No Deal outcome is prevented, and so Labour can give security and certainty to the people of this country.” 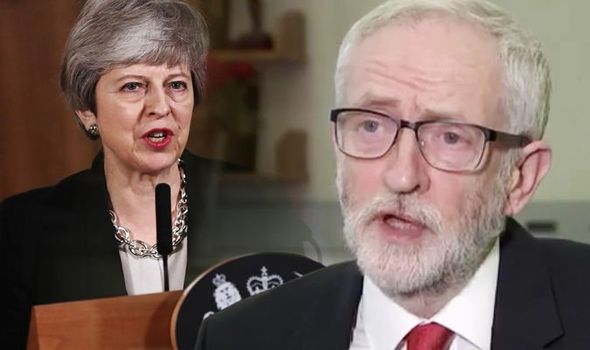 The move has prompted a furious reaction from Brexiteers, with former foreign secretary Boris Johnson tweeting: “It is very disappointing that the cabinet has decided to entrust the final handling of Brexit to Jeremy Corbyn and the Labour Party.

“It now seems all too likely that British trade policy and key law making powers will be handed over to Brussels – with no say for the U.K.”

And European Research Group chair Jacob Rees-Mogg warned not to “hold your breath” when asked if he could get behind a deal struck with Mr Corbyn.

He added: “I’m not a Marxist in case you hadn’t noticed.

”What was announced today was an attempt to overturn the referendum that wanted a clear Brexit, to do a deal with a socialist who doesn’t want Brexit and is not in line with the Conservative Party’s manifesto commitments or with the referendum.

“This is all about getting further and further away from the Brexit people voted for, which is very serious.”

Speaking at 10 Downing Street tonight, Mrs May said she would ask the bloc for another Brexit extension while she tries to reach an agreement with Mr Corbyn ahead of an EU summit on April 10.

She said any changes would have to be to the Political Declaration on the UK’s future relationship with the bloc, as the EU has repeatedly insisted the Withdrawal Agreement cannot be renegotiated. 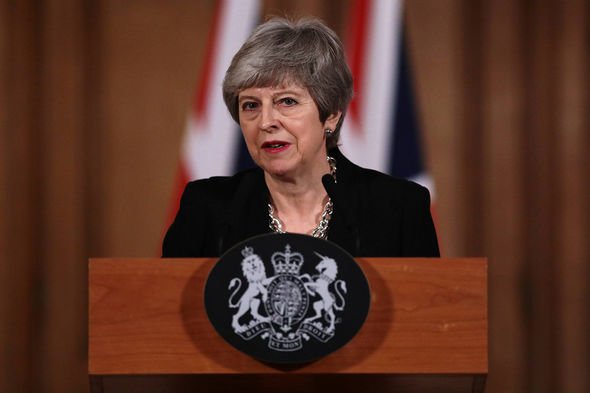 She added: “This is a decisive moment in the story of these islands and it will require national unity to deliver the national interest.”

But any agreement with Mr Corbyn is likely to breach the Prime Minister’s so-called red lines, as the Labour leader wants to keep the UK trapped in a customs union with the bloc.

A Downing Street source tonight admitted there would have to be “compromise on both sides”.

It comes after Mrs May’s Brexit deal was rejected by MPs for a third time last week.