Cuomo dismisses tumbling poll numbers, refuses to reveal how much he made on his book

New York Gov. Andrew Cuomo brushed off his tumbling poll numbers on Monday, noting that he maintained a high approval rating for his handling of the pandemic.

His comments came after a Siena College poll showed declines in his favorability, job performance and reelection ratings.

When asked about the numbers, he said: “I don’t know, I don’t know what that means, I don’t know how people can say you’re doing a good job but the favorable goes down. So, you know, they do these polls all the time. To tell you the truth, I don’t put too much stock into them. We’re working very hard on the pandemic.”

He added: “New York’s success in dealing with COVID is inarguable … I’m going to focus on my job. That’s what I’ve always done, and you know public opinion goes up, it goes down, but if you’re doing job and people respect the job you’re doing, to me there’s no more important barometer than that.”

The numbers came amid a cloud of accusations involving alleged sexual harassment and scrutiny over his administration’s reporting on nursing home deaths during the pandemic. 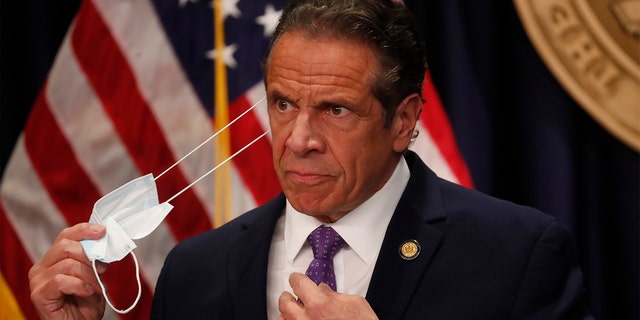 Cuomo also declined when asked to say how much money he made from his book about his leadership during the pandemic. Instead, he said the numbers would be released as part of his income tax returns.

“I probably am unique in the nation — I’ll give you something to play with. What public official in the United States has released more taxes — personal income taxes — for a longer period of time than I have,” he said.

Only 40% of New Yorkers have a favorable opinion of Cuomo in the Siena College survey released Monday, with 52% saying they see their governor in an unfavorable light. That’s down from 43%-45% in March and 56%-39% in February.