The GB News presenter called Sir Keir “Corbyn’s biggest cheerleader” after the Labour leader accused journalist Owen Jones of being a “cheerleader” for Mr Corbyn despite his previous support for his predecessor.

On Wednesday, Starmer appeared on the Jeremy Vine show in which he was shown a video clip of journalist Owen Jones.

Mr Jones accused the Labour leader of being a “professional political conman”.

The Guardian columnist said: “He has brazenly overtly delivered the exact opposite of what he said he would be as Labour leader.”

Mr Starmer responded to the clip by calling Mr Jones a “cheerleader” of Jeremy Corbyn. 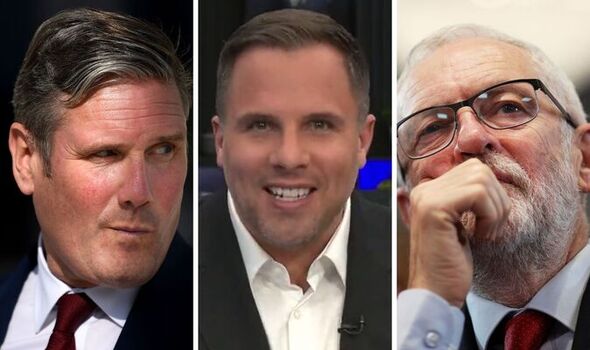 “The Labour party has lost four elections in a row. Owen was a cheerleader of the last attempt and we failed.”

He added: “If we carry on like that, we are letting millions of people down.

“So I took a decision to take the Labour party from where we were when I took over, which was the worst General Election defeat since 1935, and changed the Labour party.” 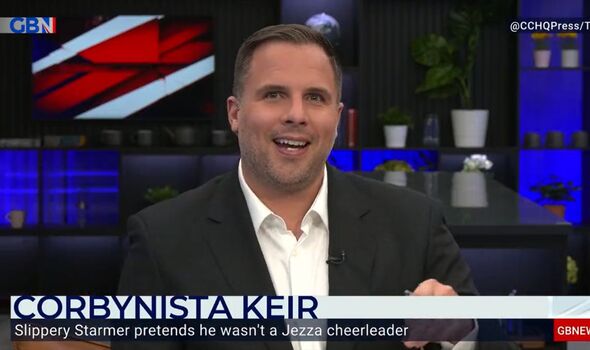 He said “Also, in another example of Starmer’s dishonesty: he calls me a “cheerleader” of the last Labour leader

“Yet so was he? He served his Shadow Cabinet, campaigned to make him Prime Minister, praised him to the hilt in the leadership campaign… then U-turned at the opportune moment.”

“You served in his shadow cabinet for nearly two years, backing his every word until it was no longer politically convenient.” 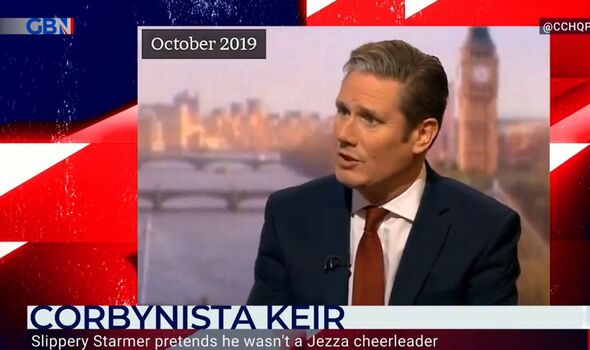 GB News then went on to show video footage of Keir Starmer agreeing with Jeremy Corbyn.

“I’m working with Jeremy Corbyn to try and win the next general election.” Mr Starmer says in one video clip.

In another video clip, he says: “Don’t trash the last four years. Because Jeremy Corbyn brought to this party, he made us an anti-austerity party that stood against cuts.”

Wootton concluded the segment by accusing the Labour leader of being “So slippery Starmer!”

He said: “He might try and run away from his past but we as always have the receipts and we’ll be showing more of them as the election comes closer.”