Days Of Spotty Power Cost This Texan $1,127. Now Her Account’s Overdrawn And Rent’s Due.

Elizabeth Dehghanpoor lost her job as a certified medical assistant six months ago amid a pandemic-induced round of layoffs, and the 26-year-old has depended on her unemployment check to cover the $670 monthly rent on her one-bedroom apartment in Houston ever since.

She would normally spend what was left ― usually about $330 ― on food, her phone bill and electricity. Her power bill normally ranges from $45 to $75, depending on how long she leaves the air conditioner on during hot months. But last week’s catastrophic snow storm threw her penny-pinching survival strategy into disarray. After frigid temperatures brought rolling blackouts to Texas and sent demand surging, her power bill for February topped $1,127, according to screenshots of her account HuffPost reviewed.

Griddy, the Houston-based electric retailer she pays for power, withdrew what little money remained in her checking account in $49 intervals as the price soared. It wasn’t enough to cover the cost; she still owes the power company $690.21, while her overdrafted bank account shows negative $26.13.

She tried removing her debit card from the Griddy account, but the company won’t let her, she said. She fears that once her unemployment check deposits this week, Griddy will immediately withdraw the balance, and she’ll be left without enough to pay the rent check due March 1.

Hers is a particularly cruel example of how the private companies that provide basic necessities become obstacles to survival amid cascading disasters in a country where, by the Federal Reserve’s estimate, 40% of adults lack the financial resources to weather a sudden $400 expense.

As pandemic deaths started soaring a year ago and millions lost jobs, utilities waited for state regulators to stop them from disconnecting the power and heat to ratepayers behind on their bills. Even now, in places where those moratoriums remain in place, customers’ accounts are falling deeper and deeper into the red. It’s creating a utility debt bubble, as what ratepayers owe electric and gas companies topped $24 billion last year, roughly four times what it was in 2019, according to the National Energy Assistance Directors’ Association. Where moratoriums have ended, thousands are already losing access to basic services.

What happened in Texas has shown how a uniquely deregulated electricity market ― where supply-and-demand, not just individual usage, can dictate daily price shifts for some customers ― responds when an unusually frigid storm froze power plants and forced millions of desperate people to use electrical appliances like stoves and space heaters for warmth in sub-zero temperatures.

‘A Definite Increase In Economic Hardship’

Texans already pay more for electricity two decades after Republican lawmakers deregulated the market. Allowing retailers to serve as middlemen between ratepayers and power generators increased Texans’ electricity costs by $28 billion between 2004 and 2019 compared to what they would have paid under traditional utility structures, a Wall Street Journal analysis of U.S. Energy Information Administration data found.

But as demand surged last week, the state Public Utilities Commission raised the price cap for power to its maximum limit of $9 per kilowatt-hour, sending daily electricity costs well over $100 for many customers. Dehghanpoor’s bill to power an apartment she said makes most garages look spacious paled in comparison to some others. One man told The New York Times his bill topped $16,752. A woman was charged $6,200, more than five times what she paid for all of 2020. 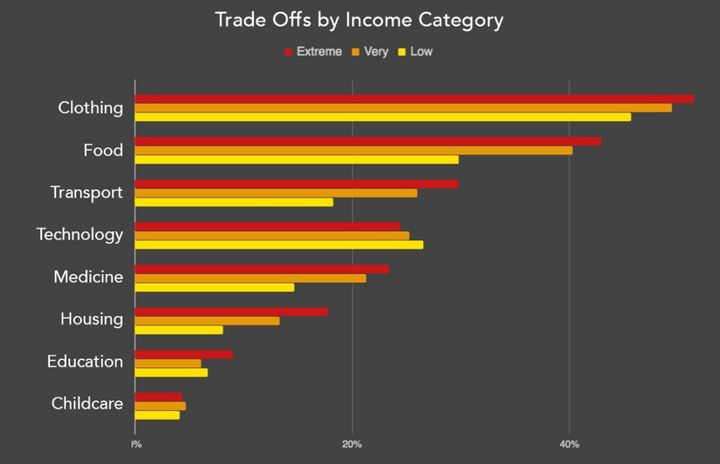 Another woman whose electricity bill spiked to $9,340 this week has sued Griddy as part of a class-action lawsuit seeking $1 billion in relief to customers. Attorneys for the woman, Lisa Khoury, told The Texas Tribune the company drafted $1,200 in payments from her bank account before she blocked withdrawals.

In a statement on its website, Griddy blamed power plants that failed to account for the possibility of abnormally cold temperatures. The winter storm froze natural gas lines and disabled coal and nuclear power plants that were supposed to provide what experts call “firm and reliable” sources of electricity.

“We know you are angry and so are we. Pissed, in fact,” the company said. “We intend to fight this for, and alongside, our customers for equity and accountability — to reveal why such price increases were allowed to happen as millions of Texans went without power.”

“Our concern is about the 3.5 million low-income households across the state who pay a disproportionate amount of their income on their electric bills,” Harmon said.

As it is, part of the problem that ballooned demand during the cold snap last week was the failure of Texas building codes to require insulation that would hold heat in homes in freezing temperatures. But poor families have even fewer resources to invest in efficiency upgrades that keep temperatures regulated inside and prevent wasteful electricity and heating costs. A survey Harmon’s group conducted before the pandemic found low-income households went without clothing and food to pay electricity bills.

“We’ve seen a definite increase in economic hardship faced by people as a result of the pandemic,” she said. “The crisis we experienced last week will increase that hardship for many people.” 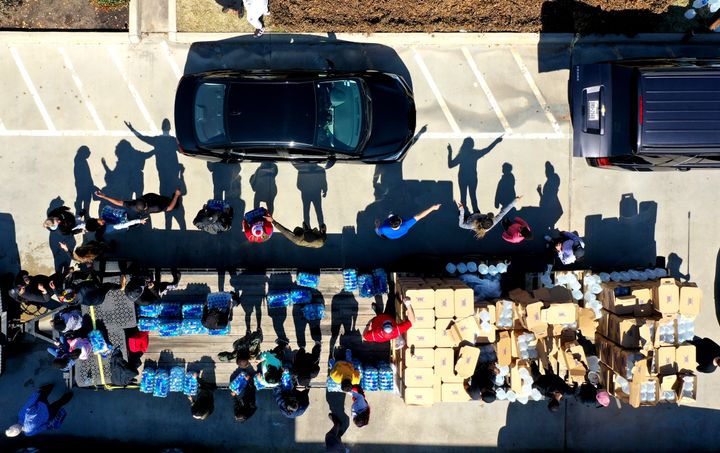 Rolling Blackouts For Those Who Can’t Pay

It’s unclear how many Texans lost power when the state lifted its pandemic moratorium on shutoffs for nonpayment in October. Though the Public Utilities Commission put a moratorium back in place last Friday in response to the storm, the state does not report data on shutoffs. Nor does Texas share how many ratepayers are in debt to utility companies for the months when the power did not turn off but the bills kept accruing.

In North Carolina, electric, gas, and water utilities shut off service to nearly 20,000 accounts combined in November, once the moratorium lifted. In December, the utilities terminated another 13,000 customers.

In Florida, which never put a moratorium in place, more than 103,000 accounts with regulated electric and gas utilities were disconnected in October, followed by another 104,000 in November and 121,000 in December.

“These situations ― the pandemic, the Texas crisis ― are just continuing to expose and exacerbate a problem that already existed everywhere,” said Rory McIlmoil, a senior energy analyst with the advocacy group Appalachian Voices. “Our system is set up to penalize poor people for struggling with their bills, and that only gets worse during crises.”

For now, Dehghanpoor said she is passing the time in a sort of pre-modern existence: covering herself in blankets, all her electronics unplugged, “living as a pilgrim, reading by candlelight.” The eggs, cheese and milk in her refrigerator spoiled during one of the rolling blackouts, so she’s getting by with what few foodstuffs remain until her next check arrives.

“It’s just dark, dark and cold,” she said. “This is enraging. It’s absolutely obscene and absurd that they can do this to people.”