Democratic Senators Wary Of Prosecuting Trump After He Leaves Office

Democratic senators are leery of prosecuting Donald Trump and members of his administration after he leaves office next year, saying the decision whether to probe a former president ought to be left to independent Department of Justice prosecutors under President Joe Biden.

The idea ― a hot topic during the Democratic presidential primaries ― gained fresh momentum this week after Rep. Bill Pascrell (D-N.J.) demanded the president and his aides be prosecuted after they leave office for “innumerable crimes” during the last four years, including profiting off the presidency, separating immigrant families, and most recently undermining the Nov. 3 election.

Pascrell, a vocal Trump critic who has led the House effort to obtain Trump’s tax returns, said the failure to hold Trump accountable would embolden “criminality by our national leaders” and continue pushing “America down the path of lawlessness and authoritarianism.”

Progressives applauded Pascrell and urged other lawmakers to join him, arguing that giving someone like Trump a pass would greenlight lawbreaking by future would-be authoritarians. Trump is reportedly considering running again for president in 2024, but even if he doesn’t, his influence on the Republican Party won’t end after he exits the White House in January.

Right now, Trump is protected from indictment under federal laws because of longstanding Department of Justice policy ― the same policy that prevented special counsel Robert Mueller from recommending the president be charged following his investigation into Russian collusion in the 2016 presidential campaign. That immunity ends when Trump becomes a private citizen, however, potentially exposing him to criminal liability.

Prosecutors in New York, for example, are grinding away at an investigation into Trump’s business dealings before and during his time in office, including whether he misled tax authorities and broke campaign finance laws. He’s also facing lawsuits from two women alleging he sexually assaulted them decades ago. It’s not clear whether those investigations will ultimately lead to any charges.

There also remain numerous allegations of corruption aimed at Trump and his family that have received little scrutiny from law enforcers. After promising to step away from his businesses when elected president, Trump instead used both his Mar-a-Lago resort in Florida and his hotel in Washington as places to freely meet with political donors and favor-seekers and repeatedly used government resources to promote his golf courses, hotels, and resorts. 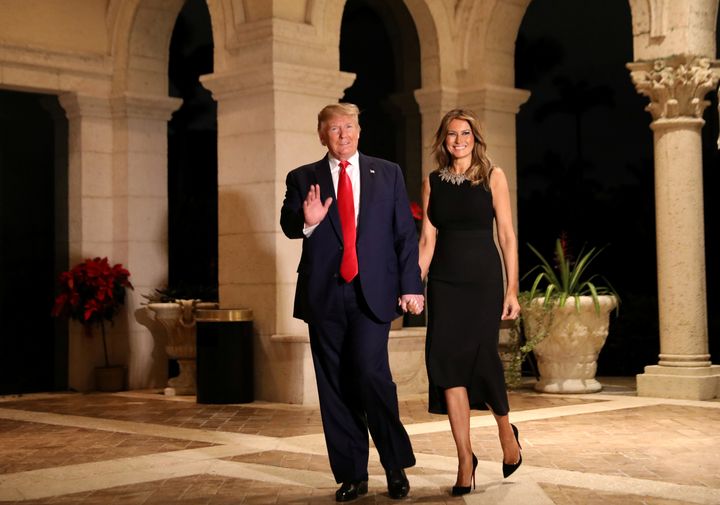 Biden, meanwhile, is said to be reluctant about pushing further investigations of Trump, hoping to turn the page on a turbulent period in American history by advancing his own legislative agenda and defeating the coronavirus. Biden “has raised concerns that investigations would further divide a country he is trying to unite and risk making every day of his presidency about Trump,” people close to him told NBC News.

“I think they have many priorities,” Senate Minority Whip Dick Durbin of Illinois told HuffPost of the Biden administration. “Those should not be the first.”

“I think there has to be some accountability, but I’m not sure what form or method it should take,” said Sen. Richard Blumenthal of Connecticut.

During her presidential run, Sen. Elizabeth Warren repeatedly called for investigations of Trump and his administration, even promising to set up a special task force within the Justice Department to investigate Trump-era corruption. But even Warren declined to answer directly when asked if charges should be brought against the Trump administration.

“I think no one should be above the law,” Warren told HuffPost.

“But I’m not about to call the next [attorney general] and tell them what he or she should do,” Hirono quickly added.

Democrats said they believe that restoring prosecutorial independence at the Justice Department is paramount after the corrosive influence of Attorney General Bill Barr, who has bent the department to Trump’s political interests without consequences. Barr repeatedly intervened in criminal cases involving Trump allies to their benefit, personally ordered a violent crackdown on peaceful demonstrators outside the White House, and sought to disrupt an investigation into a Turkish bank after pressure on Trump from Turkey’s President Recep Tayyip Erdogan.

Allowing the DOJ to decide independently whether to prosecute Trump would give legitimacy to the effort, which is why Biden’s choice for the next attorney general will likely determine which direction his administration goes. His possible picks include centrist lawmakers and career prosecutors, including Alabama Sen. Doug Jones, former acting Attorney General Sally Yates, and Democratic National Committee Chair Tom Perez.

Some progressives contend that not holding Trump and his followers accountable would be as big of a mistake as President Barack Obama’s failure to prosecute Wall Street executives for causing the collapse of the economy in 2007.

But prosecuting a former president ― itself an unprecedented scenario ― could also pose serious risks to Biden’s presidency by diverting attention from his agenda. The list is long, and without Democratic control of the Senate, Biden will need ample Republican goodwill to get any of it done.

“The idea that prosecuting Trump’s crimes would consume tremendous amounts of media and public attention, detracting from other issues, is correct,” said Adam Jentleson, a Democratic strategist who was a top aide to former Nevada Sen. Harry Reid. “The idea that this would amount to mere retribution is wrong. As with any crime, it would show that criminals are held accountable.”