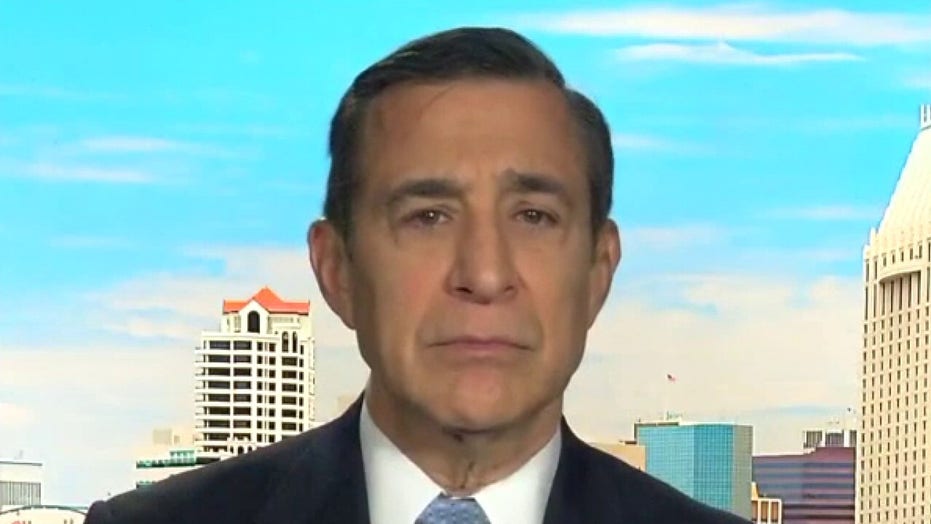 Newsom is being ‘recalled for his bad policies’: Rep. Issa

Democrats are rallying behind California Gov. Gavin Newsom’s effort to defend himself from a recall effort, which his campaign is attempting to characterize as an effort supported by right-wing extremists.

Stacey Abrams is also listed as a supporter on the group’s website.

In a tweet last week, Sanders said “extremist Republicans” had done enough to undermine democracy, as he called on all Americans to unite in opposition of the recall, while Warren and Booker sent out posts on Monday.

As previously reported by Fox News, Newsom vowed to fight the recall effort, which his campaign alleged was being propped up by “anti-mask and anti-vax extremists,” as well as “QAnon conspiracy theorists, anti-immigrant activists and Trump supporters.”

In a tweet on Monday, the California governor said he refused to be “distracted” by the “partisan, Republican recall.”

The “Stop the Republican Recall” initiative has “major funding from” the California Democratic Party, according to the website.

Last week, the initiative to recall Newsom announced it has collected 2 million signatures – enough to trigger a recall election, assuming that roughly 1.5 million are verified as valid.

When asked in December by Fox News who supported the recall, Randy Economy, a senior adviser to the recall Gavin Newsom 2020 official campaign, said the “grassroots” effort was nonpartisan, and included supporters of Sanders and fans of President Donald Trump.