Donald Trump felt Theresa May was a 'loser' says expert

Mr Morgan said he was “bemused” to hear that Mrs May has earned more than £1 million giving lectures since her tenure as prime minister. Morgan revealed that he once had a 20-minute conversation with the former PM “which was so enthralling that by the time I got home, I could not remember anything she had told me”.

He goes on to say in this week’s edition of The Spectator that when he informed Donald Trump that she reportedly gets paid £100,000 for each speech: “[Trump] exploded into mocking laughter and spluttered: ‘Are you kidding me? I would pay £100,000 NOT to hear to talk!”

Mr Trump and Mrs May’s relationship initially appeared strong when the pair met shortly after his inauguration in 2017.

Mrs May was reportedly surprised when she was greeted by Trump himself at the White House front door and he persistently held her hand.

However, there have been several revelations that reveal that their relationship was perhaps more strained than once thought. 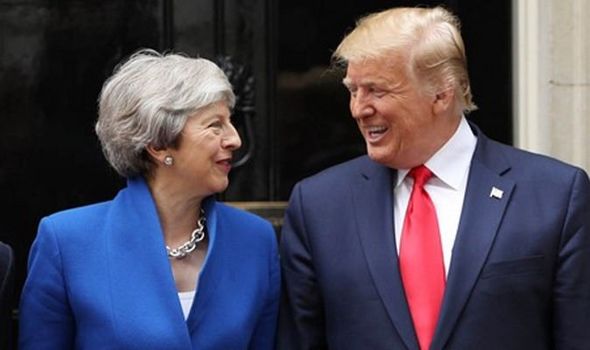 K. T. McFarland, former US Deputy National Security Adviser, said: “The personal chemistry between President Trump and Prime Minister Theresa May was not great.“President Trump thinks of himself as a strong leader and he likes to work with other strong leaders.

“Part of that is his business background. The image she gave was not one of strength.”

Gerrard Araud, French Ambassador to USA, also claimed that Mr Trump told Emmanuel Macron during a visit to Paris that Theresa May and Angela Merkel were “losers”.

Mr Morgan had been friends with Mr Trump for 15 years until Piers criticised the former president’s handling of the Covid pandemic. 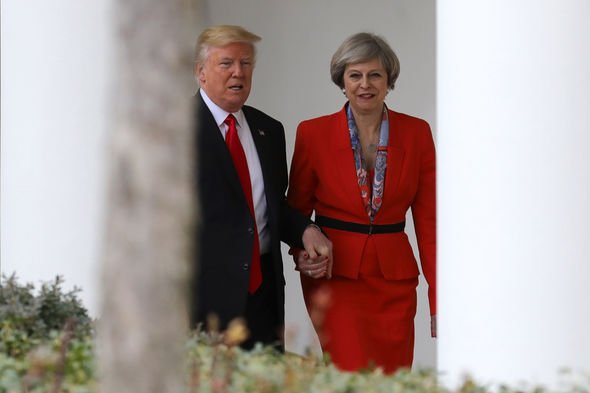 Their relationship deteriorated further when Trump’s supporters stormed the Capitol building in January.

Writing in his column for the Daily Mail, Piers called Mr Trump “mentally unstable”, “deranged” and “dangerous” and said their friendship is over.

He wrote: “In the past year, he has morphed into a monster that I no longer recognise as someone I considered to be a friend and thought I knew.

“I never imagined he would be capable of becoming what he has now become – the deranged figurehead of a bunch of hard-right conspiracy-theory-fuelled fanatics intent on destroying American democracy.”