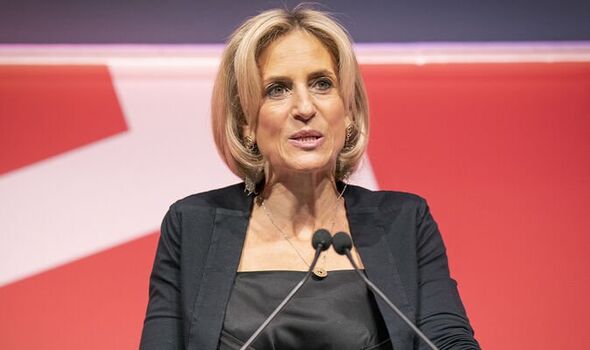 Senior Conservative MP Damian Green suggested the journalist’s “infamous monologue” on Dominic Cummings’ lockdown breaches had left many in the party to consider her to have been biased in her coverage.

The corporation was forced to apologise in May 2020 after Newsnight opened with a speech that said the former Downing Street chief of staff had “broken the rules” when he travelled from London to Durham during lockdown and “the country can see that, and it’s shocked the Government cannot”.

MPs this morning quizzed bosses of the corporation after weeks of accusations of scandal and bias in its reporting.

On Sunday Morning the launch of the BBC’s new flagship politics show, Sunday with Laura Kuenssberg, was derailed after left-wing comedian Joe Lycett used his position as a guest to mock the Tory party.

Mr Green’s attack on Ms Maitlis came after last month she accused a BBC board member of being an “active agent of the Conservative party”, shaping the broadcaster’s news output.