Jason Leitch, the Scottish Government’s national clinical director, claimed mandatory screening at the 6,000-per-day fan zone would see people attempt to “game” results. Professor Leitch spoke out amid an outcry that the venue has been given the green light while other sectors continue to struggle under harsh restrictions. Critics have hit out at an inconsistent approach in Level 2 areas still facing curbs – including soft play centres, hospitality, the cruise industry and school sports days.

Hundreds of picnic-style tables have been set up at the event in front of a giant TV screen.

The staging, digital effects and screens alone have cost nearly £150,000.

On Thursday Health Secretary Humza Yousaf announced an expert review group had been set up to monitor the site and changes could be brought in at any time.

Ticket holders are asked, but not obliged, to use a lateral flow testing kit.

But concerns have been raised over a lack of compulsory testing to gain entry, while the coronavirus checks the 48,000 fans attending four matches at Hampden Park will have to go through will be the softest in Europe. 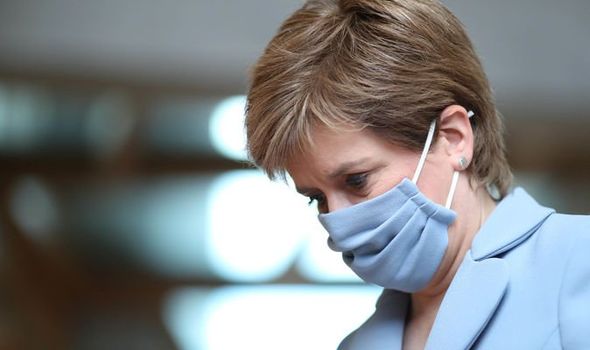 The vast majority of stadiums require fans to provide proof of vaccination, recent infection or a negative recent test to enter, but at Hampden, fans will need only a face mask.

But defending safety arrangements, Professor Leitch told the BBC’s Good Morning Scotland programme there had been a “really, rigorous process”.

He also warned there must be a “reverse gear” if there was a surge in cases and officials would “look at data all the time.”

“It’s just very unreliable everywhere. Over time we’ve learned that temperature checking isn’t really a good mitigation, but your testing question is a good one.

“There are a number of reasons why it’s not mandatory but very very recommended. 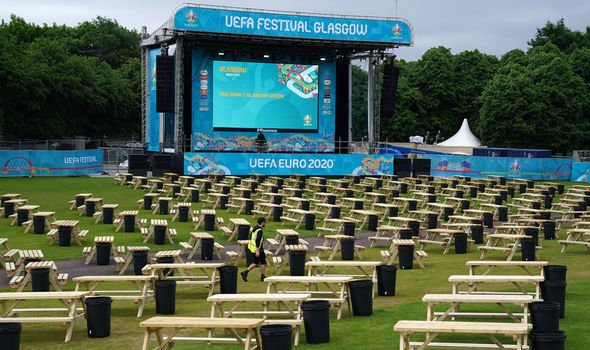 “That might seem a little counter-intuitive. The behavioural scientists tell us that mandation makes people game it, makes people cheat it, makes people do weird things. What you’re better to do is persuade and make it easy for people to get it.

“The other problem with it is the test is not 100 percent reliable, like we’ve said the whole way through, everybody who calls for testing for whatever it is, they think it seems to be the panacea – it will allow you to behave differently.”

The government adviser also said officials were exploring whether testing kits could be posted to some of those with tickets while a testing centre is being established near the fanzone.

Police Scotland and stewards will also closely monitor the site, he said warning “if it goes badly there will have to be a reverse gear.”

Asked if the fan zone would be pulled if it resulted in clusters of cases, he said: “Of course. And if we see behaviour that we don’t think is appropriate.”