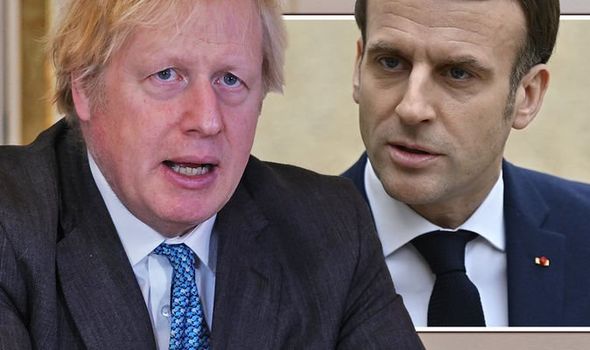 France’s Europe Minister, Clément Beaune, has accused Britain of taking “a lot of risks” in its speedy rollout of jabs.

Speaking this afternoon the Prime Minister’s official spokesman rejected the criticisms from the continent and said the Government had followed the advice of the independent medical regulator.

Rapid rollout of jabs in Britain means over 17 percent of the adult population have now received at least one dose of a Cover vaccine.

In contrast, just three percent of people across the EU have received an injection.

With pressure growing on Brussels to explain its sluggish start, politicians have attempted to discredit the progress made by the UK.

Mr Beaune said the EU had “nothing to envy” about Britain’s rollout, adding: “The British are in an extremely difficult health situation.

The European Commission President has also vigorously defended the EU’s vaccination rollout and made a thinly veiled attack on the UK.

Ms von der Leyen said: “Some countries started to vaccinate a little before Europe, it is true.

“But they resorted to emergency, 24-hour marketing authorisation procedures.

“The Commission and the member states agreed not to compromise with the safety and efficacy requirements linked to the authorisation of a vaccine.

“Time had to be taken to analyse the data, which, even minimised, takes three to four weeks.

“So, yes, Europe left it later, but it was the right decision.”