A Fairfax County Public Schools student said "There’s nothing that is inappropriate unless you go looking for it" in school libraries, bolstering parents’ concerns about the availability of "pornographic" and "pedophilic" material.

A library in Fairfax County, Virginia, created a book display featuring the notorious books “Gender Queer” and “Lawn Boy” – which parents claim feature pedophilia and obscene material – alongside the Bible but later removed the display after residents called it offensive.

“The Dolley Madison Library holiday reading display was intended to highlight the freedom to read and the fact that many library patrons have more time during the holidays to do so,” Fairfax County Public Library Director Jessica Hudson told Fox News in a statement Tuesday. “It was not the intention of staff to create a display that could be construed as offensive. The display has been removed.”

The display featured gnomes with stocking-style hats paired with books. The gnomes with “Lawn Boy” and “Gender Queer” had bees on their stocking-hats, while the gnome with the Bible had a rainbow-colored hat, along with other rainbow paraphernalia. The display also featured quotes from controversial books, such as Salman Rushdie’s “The Satanic Verses.”

“Lawn Boy,” by Jonathan Evison, includes long sections of a boy reminiscing about explicit experiences he had at 10 years old. “Gender Queer: A Memoir,” by Maia Kobabe, includes photos of sexual acts between a boy and a man. Concerned parents had spoken up at Fairfax County School Board meetings to protest the books’ presence in school libraries, but the school district reinstated the books after two committees ruled that they do not contain pedophilia or obscene material. 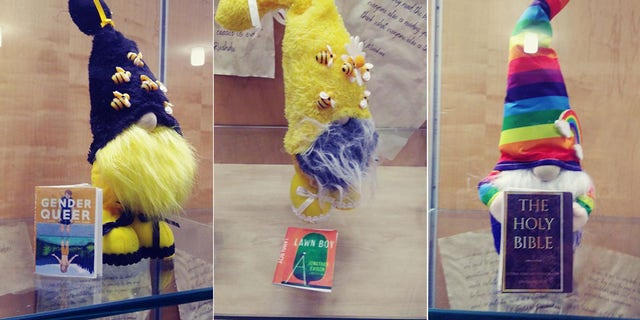 “It’s so outrageously offensive,” Stacy Langton, the Fairfax County mother who confronted the school board with images from the books in September, told Fox News in an interview on Tuesday, referring to the display at the library.

Langton posted photos of the display on Twitter at around 10 a.m. When she went to the library a few hours later, the display had already been removed. Librarians told her they removed it at around noon.

“It was intentional, it was meant to be offensive,” Langton told Fox News. She called the display “pretty brazen.”

She told Fox News that she spoke with library staff on Tuesday afternoon, and the staff told her that Mary Prisbrey, the branch manager at the library, had approved the display.

Langton noted that she and other concerned parents spoke at the school board meeting last Thursday – addressing “Lawn Boy” and “Gender Queer” – and she said a library staffer told her that the library had set up the “holiday reading display” “a couple of days” ago. 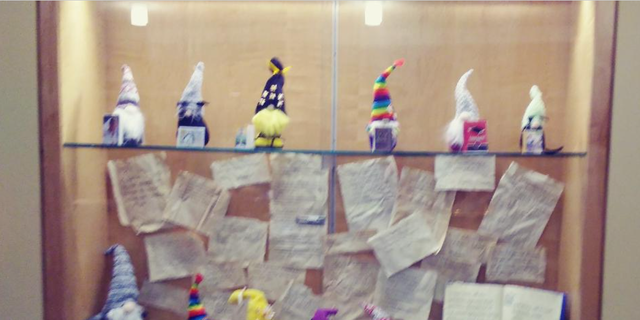 A "holiday reading display" at the Dolley Madison Library in Fairfax County, Virginia

“The timing on this – it’s an intentional dig,” she said. “It’s a dig on the parents who object to pornography and pedophilia-themed materials in the library, and it’s a dig on Christians as a whole. I think everybody knows where Jesus stands on pedophilia.”

“The tolerant Left is giving you guys some holiday hate,” she quipped. “Merry Christmas, taxpayers of Fairfax County, Merry Christmas.” 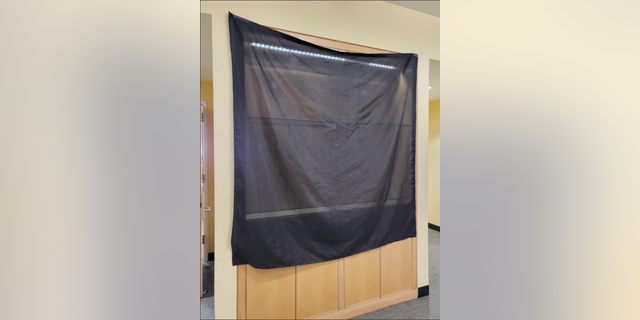 The empty display case that had previously held the "holiday reading display" at the Dolley Madison Library.
(Stacy Langton)

Langton told Fox News that she has organized a protest outside the Dolley Madison Public Library this coming Saturday at noon.