An FBI agent who worked the controversial investigation into the alleged plot to kill Michigan’s governor was arrested earlier this week for assaulting his wife after the two went to a swingers party, a local report said.

G-Man Richard Trask of Kalamazoo repeatedly slammed his wife’s head into a nightstand and choked her with both hands before she stopped the attack by grabbing his crotch on Sunday, The Detroit News reported, citing a court affidavit.

Trask’s wife’s chest, clothes and hand were covered in blood and she had “severe” bruises on around her neck, the affidavit reportedly said.

The two had come home after attending an Oshtempo Township hotel event the publication called “a swingers party.” After some drinks, they argued on the way home about how Trask’s wife didn’t enjoy the party, the News stated.

Once home, he allegedly got on top of her in bed and “smashed” her head into the nightstand several times before she tried to grab his beard to get free, the affidavit said. That’s when he allegedly choked her, the News reported.

Trask, 39, was arrested Monday and was released on bond, the News said.

“In accordance with FBI policy, the incident is subject to internal review, and I cannot comment further at this time,” FBI spokeswoman Mara Schneider told LawandCrime.com

He is facing up to 10 years in prison on a charge of assault with intent to do great bodily harm, according to the News. 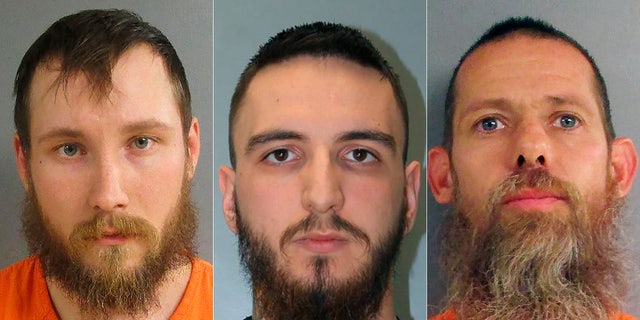 Trask’s affidavit was used in charges against the people accused of plotting to kidnap and kill Michigan Gov. Gretchen Whitmer in retaliation of her COVID-19 shutdown orders, the Associated Press reported. Trask testified in the case, the AP said.

Some 14 people allegedly part of a group called the Wolverine Watchmen were charged in the plot, but the men have pushed back and said they were set up by the FBI because of their political views.