A First Amendment group is suing the University of Central Florida over a set of policies that it says “chills protected speech and expression” of students on campus in violation of the Constitution.

The lawsuit was filed by Speech First on behalf of three of its student members at UCF who it says are afraid to voice their political opinions due to the school’s “discriminatory harassment” policy; its computer policy and its bias response team called the “Just Knights Response Team.”

“We believe that the school has designed these policies to have the effect of chilling students’ speech so that the policies have both the design and effect of discouraging students from expressing themselves,” Speech First President Nicole Neily told Fox News. 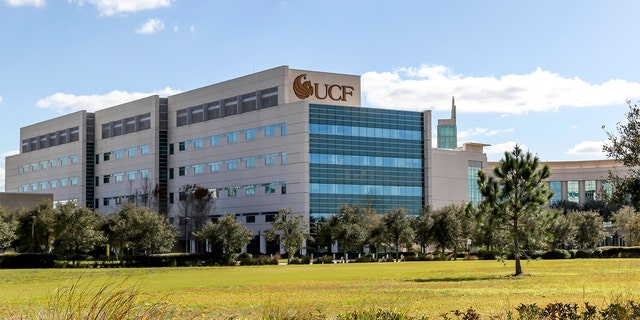 UCF College of Medicine in Orlando, Florida, USA, located on the University’s Health Sciences Campus in the Lake Nona neighborhood of Orlando.
(iStock)

“Most universities now that if they were to just flat out ban — you know, ‘you can’t say I support President Trump…’ If they had that on the books, it’d be challenged, it’d be thrown out,” she continued. “So instead they use what I think of as like weasel words. They ban offensive language or harassing language or … words that students find humiliating.”

UCF’s “discriminatory harassment” policy bans “verbal, physical, electronic or other conduct based upon an individual’s race, color” or several other categories “that interferes with that individual’s educational or employment opportunities, participation in a university program or activity, or receipt of legitimately-requested services.”

The Just Knights Response Team is described as “a clearinghouse for any bias-related incidents that may occur on UCF campuses.”

Meanwhile, the university’s computer policy, Speech First says, “forbids students from using the university internet network to ‘transmit to others or to display images, sounds, or messages that reasonably could be perceived as being harassing, invasive, or unwanted.’ It also prohibits students from sending ‘harassing or hate messages’ from their University email accounts.”

The policies and bias response team, according to the university, are aimed “to effect positive change in our campus community by providing a platform for individuals to report hurtful actions that have occurred. In return, we will create an open and transparent university community response to the handling of these incidents.”

These policies, Speech First says, are discouraging three students who it identifies as “Student A,” “Student B,” and “Student C,” from fully expressing their opinions about controversial issues.

These students hold “views that are unpopular and in the minority on campus” like believing that “abortion is immoral;” that people shouldn’t “be forced to use certain pronouns” for someone’s gender identity; and that “Americans should have the right to bear arms, even assault rifles, in order to protect themselves and others from the government.”

These students, the lawsuit claims, do not “fully express [themselves] or talk about certain issues because [they] fear[] that other students, faculty members, or others will report [them] to the Just Knights Response Team for committing a ‘bias-related’ offense.”

The students, the lawsuit says, are also concerned they could get in trouble with the computer policy for using the university email system for political speech and are worried that other students could find their “views ‘unwanted’ or ‘humiliating'” under the “discriminatory harassment” policy, Speech First says.

“It’s discriminating on the basis of viewpoint and it’s trying to, it’s getting students to self-censor,” Neily said. “Just the mere fact that students are discouraged from expressing their viewpoints because they can get in trouble for saying pretty much anything, any time, anywhere, which is appalling because no students really wants to deal with a disciplinary apparatus if push comes to shove.”

She added: “If you know that this thing is out there and it will drag you in and you’ll have to go explain yourself before the commander of the police force, the provost and all these people … I think students very logically make the decision: ‘You know what, this is just not worth it.'”

The lawsuit seeks, for violations of the First and Fourteenth Amendments, citing vagueness and overbroad policies, to disband the Just Knights Response Team and bar the university from enforcing its computer policy and the “discriminatory harassment” policy.

Fox News reached has reached out to UCF for comment.