“Once students graduate high school, some will go to college, some of them will do other things…whatever you do, this civics is gonna be relevant because you are going to be a citizen,” DeSantis said at an afternoon news briefing in Fort Myers.

It will also require high school students to learn about “the evils of communism and totalitarian ideologies.”

“We have a number of people in Florida, particularly southern Florida, who’ve escaped totalitarian regimes, who’ve escaped communist dictatorships, to be able to come to America. We want all students to understand…why would somebody flee across shark-infested waters…to come to southern Florida? Why would somebody leave a place like Vietnam? Why would be people leave these countries to risk their lives to be able to come here.”

Also speaking was Ana Bouza, who was born in Nicaragua but fled after the Sandinista takeover – only to make a new life that was again disrupted in Venezuela after the socialist takeover there.

She said she fled her home country at 16 due to the “Leninist-Marxist regime.”

“I was president of the school government, and they were trying to brainwash us into thinking that they were bringing benefits and well-being to the people,” she said. “Obviously not. Right now, that country, the one that I was born in, is even worse than the day that I left. So I’m thankful to be here. I would defend this country (the U.S.), with my life if I had to.”

She said that hearing her granddaughter speak about socialism “not being that bad” was heartbreaking for her.

DeSantis also criticized college campuses as “intellectual repressive environments” and argued that previous generations of students could expect to encounter more diverse speech and ideas at school, rather than groupthink and public shaming. 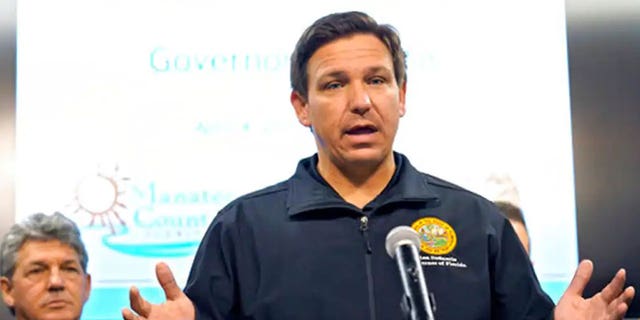 A second bill he announced will require universities to conduct annual reviews on their intellectual freedom and diversity of thought.

“You have orthodoxies that are promoted, and other viewpoints are shunned or even suppressed,” he said. “We don’t want that in Florida – you need to have a true contest of ideas. Students should not be shielded from ideas, and we want robust First Amendment speech on our college and university campuses.”

Another bill DeSantis signed Tuesday will create a graduation requirement for students at public colleges and universities to pass a civics literacy course and assessment.

He signed another 44 bills Monday – including another that will make CPR and first aid training mandatory for public school students.

That bill followed lobbying by a South Florida man who said his life was saved by a teenager who knew CPR when he had a heart attack at a Boynton Beach restaurant in 2019.

The move comes as other states are looking into how to implement controversial critical race theory programs into the classroom, which have been derided as forms of ideological indoctrination and as racist in and of themselves.

In early June, the Sunshine State’s Board of Education banned CRT from public school classrooms in a unanimous vote and grouped it in with the New York Times’ controversial 1619 Project and Holocaust denialism.