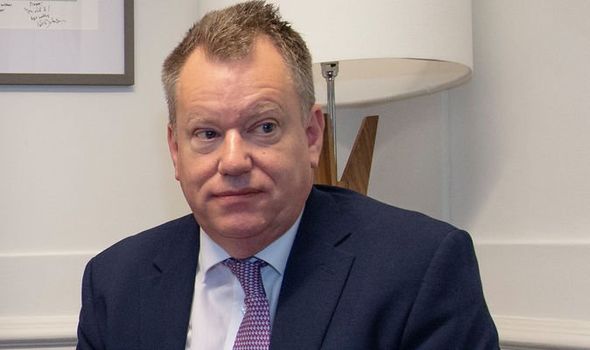 In a letter to Amnesty International the Brexit minister said he was merely seeking secure changes to frictions in trade.

He said Britain’s decision to leave the EU had no impact on the human rights provisions written into the Good Friday agreement and Boris Johnson was committed to the peace deal.

His letter came after the charity wrote to Lord Frost warning they feared suspending aspects of the Protocol would undermine Article 2 of the treaty, which pledges a commitment to “no diminution of rights, safeguards and equality of opportunity in Northern Ireland”.

Rejecting the claims, he wrote: “The Government has always strongly supported Article 2 of the protocol, which became operational when the protocol was signed.”

He added: “Since that point, the Government has worked closely with the Northern Ireland Human Rights Commission and the Equality Commission for Northern Ireland to set up the dedicated mechanism, funding and supporting both commissions and creating a system in which rights are safeguarded.

“We have absolutely guaranteed that there will be no diminution of these rights as a result of the UK leaving the EU.”

Article 16 is the legal mechanism that allows the UK or Brussels to unilaterally suspend aspects of the Protocol.

However, Lord Frost said Article 2 was an aspect of the treaty that would be unimpacted if Britain took the decision to suspend parts of the pact.

He said he was only seeking to change the trading elements of the deal.

He said: “The focus of those proposals is on the arrangements covering trade in goods and on the governance arrangements put in place by the protocol.”

After months of criticising the impact, he went on to praise the treaty for its commitments to rights such as labour and environmental.

He said: “The TCA provides an excellent framework for managing all these issues and is working well.”