Seven Republican senators who voted to convict former President Donald Trump in his second impeachment trial are now beginning to face backlash for doing so.

The seven senators were:

The House of Representatives voted to impeach Trump a second time in January, just days after the January 6 riot during which insurrectionists stormed the Capitol building. House members impeached him on an “incitement of insurrection” charge.

Ten Republican House members were among those who voted to impeach Trump.

On Saturday, the Senate voted to acquit him. The decision was split largely along party lines, with all 50 Democrats voting to convict, and 43 Republicans voting to acquit.

But, with the 7 GOP senators who joined ranks with the Democrats, this impeachment trial had the strongest bipartisan support in history, lead impeachment manager Rep. Jamie Raskin said Sunday.

Immediately after their vote Saturday, their Republican colleagues began shunning them for going against the majority of the party.

Here’s a look at what each of the seven senators said in defense of their position: 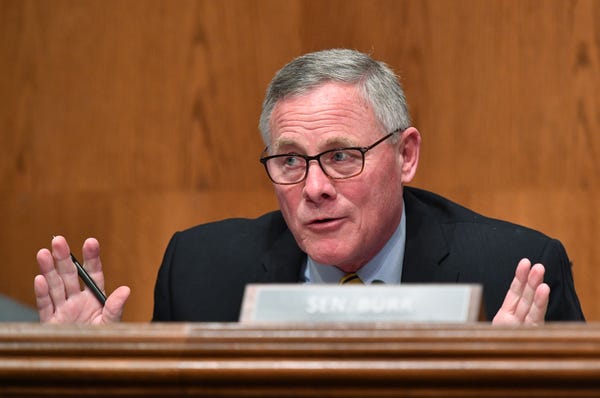 “I am running to replace Richard Burr because North Carolina needs a true conservative champion as their next senator,” Walker said on Twitter. Burr’s seat will be vacant after the 2022 midterm elections.

In defense of his vote, Burr said “the president bears responsibility for these tragic events.”

“The evidence is compelling that President Trump is guilty of inciting an insurrection against a coequal branch of government and that the charge rises to the level of high crimes and misdemeanors,” Burr said in a statement. “I do not make this decision lightly, but I believe it is necessary. “ 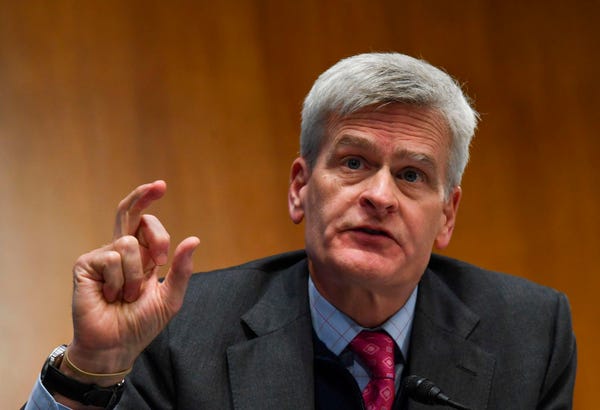 Cassidy of Louisiana was unanimously censured by the members of the Executive Committee of the Republican Party of Louisiana. In a statement, the group said, “We condemn, in the strongest possible terms, the vote today by Sen. Cassidy to convict former President Trump.”

“Fortunately, clearer heads prevailed and President Trump has been acquitted of the impeachment charge filed against him,” the group’s statement continued.

Cassidy, however, continued to stand by his vote.

“I listened very carefully to all the arguments,” he said in an interview Sunday on ABC’s “This Week.” “It was clear that he wished the lawmakers be intimidated. And even after he knew there was violence taking place, he continued to basically sanction the mob being there and not until later did he actually ask them to leave. All of that points to a motive and a method and that is wrong, he should be held accountable.” 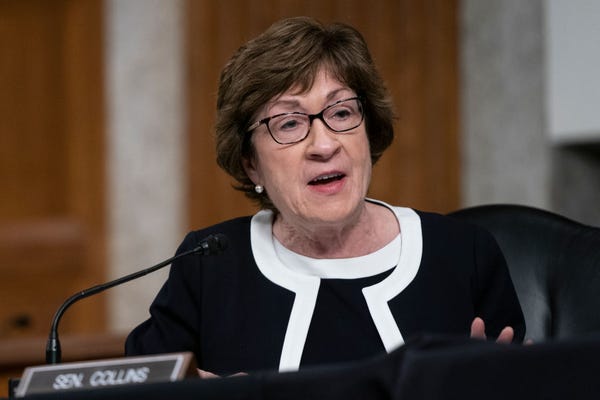 Collins, in her defense of her vote to convict Trump, listed instances during which the former president tried to sow disinformation about the 2020 election results.

“On January 6, the atmosphere among the crowd outside the White House was highly combustible, largely the result of an ill wind blowing from Washington for the past two months,” Collins said in a lengthy statement.

“President Trump had stoked discontent with a steady barrage of false claims that the election had been stolen from him. The allegedly responsible officials were denigrated, scorned, and ridiculed by the President, with the predictable result that his supporters viewed any official that they perceived to be an obstacle to President Trump’s reelection as an enemy of their cause.”

This isn’t the first time Collins broke from her party.

In September 2020, after the death of Supreme Court Justice Ruth Bader Ginsburg, Collins indicated that her replacement should be decided by the winner of the 2020 presidential election. Her Republican colleagues wanted to move immediately to replace Ginsburg with a Trump-appointed nominee. 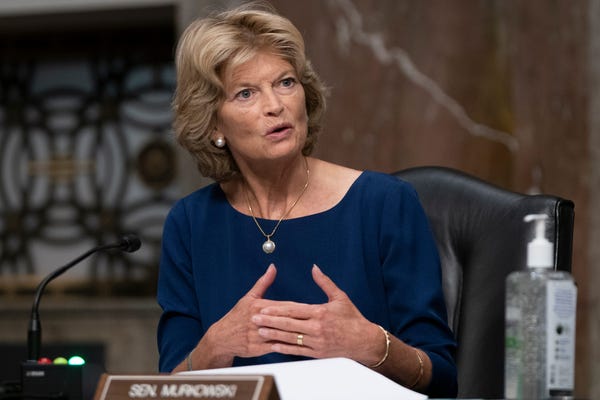 Murkowski released a damning statement that indicates her belief that Trump “set the stage” for the Capitol riot on January 6.

“The facts make it clear that the violence and desecration of the Capitol that we saw on Jan. 6 was not a spontaneous uprising,” Murkowski said.

Trump, she said, “did everything in his power to stay in power,” including urging his supporters “to come to Washington, DC” and asking them to “‘Stop the Steal’ of an election that had not been stolen.”

Murkowski made headlines days after the Capitol riot when she became the first Republican senator to call for Trump’s resignation.

“I want him to resign. I want him out. He has caused enough damage,” Murkowski said in an interview with the Anchorage Daily News.

Until that point, only Democrats in the Senate had been calling for Trump’s removal. 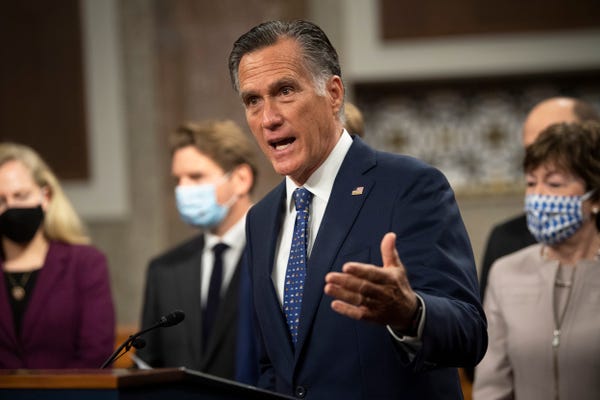 Throughout Trump’s tenure as president, Romney has consistently emerged as one of his most frequent and vocal critics from within the GOP.

During Trump’s first impeachment trial last year, Romney was recognized as the only Republican senator to have voted to convict Trump.

“After careful consideration of the respective counsels’ arguments, I have concluded that President Trump is guilty of the charge made by the House of Representatives,” he said in a statement defending his vote in this year’s impeachment trial.

“He did this despite the obvious and well known threats of violence that day,” the statement continued. “President Trump also violated his oath of office by failing to protect the Capitol, the Vice President, and others in the Capitol. Each and every one of these conclusions compels me to support conviction.” 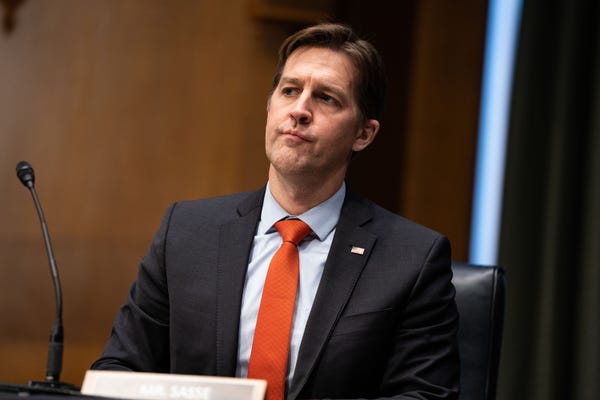 Sasse, in a statement, said he “promised Nebraskans I’d always vote my conscience even if it was against the partisan stream.”

“In my first speech here in the Senate in November 2015, I promised to speak out when a president — even of my own party — exceeds his or her powers,” his statement continued. “I cannot go back on my word, and Congress cannot lower our standards on such a grave matter, simply because it is politically convenient. I must vote to convict.”

Sasse is reportedly interested in a 2024 run for president, according to the Associated Press. His vote to convict Trump and go against his party, however, might have alienated him from his Republican colleagues, according to the AP. 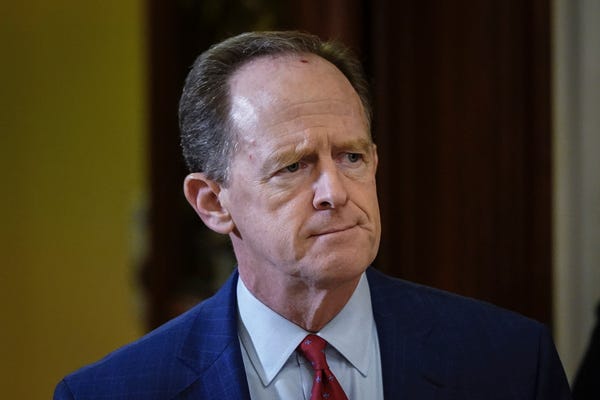 “President Trump’s conduct in response to losing the 2020 election” was unacceptable, Toomey said in a statement defending his position to convict.

“As a result of President Trump’s actions, for the first time in American history, the transfer of presidential power was not peaceful. A lawless attempt to retain power by a president was one of the founders’ greatest fears motivating the inclusion of the impeachment authorities in the U.S. Constitution,” Toomey said.

“His betrayal of the Constitution and his oath of office required conviction,” he added. 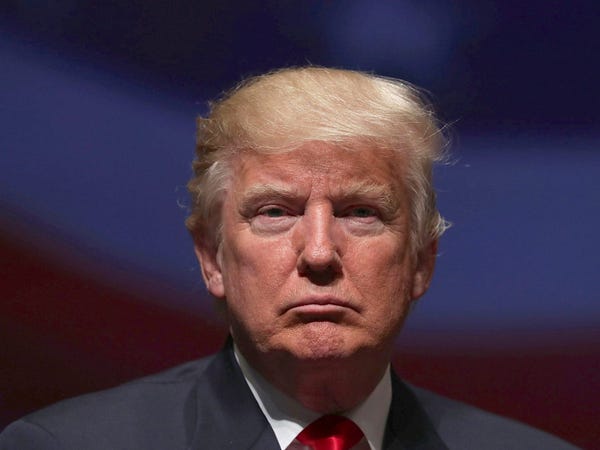 After the Senate voted to acquit, Trump broke his silence and said, “Our historic, patriotic and beautiful movement to Make America Great Again has only just begun.”

And Sen. Lindsey Graham of South Carolina, one of Trump’s staunchest supporters, said on Sunday that Trump is “ready to move on” and suggested he’ll still politically involved going forward.

“He’s ready to move on and rebuild the Republican Party,” Graham said. “He’s excited about 2022. I’m going to go down to talk with him next week, play a little golf in Florida. And I said Mr. President, this MAGA movement needs to continue.”

Graham also said earlier this week that he plans to meet with Trump and “convince” him to help the GOP secure the House and the Senate in the 2022 midterm elections.