Hillary Clinton On Harvey Weinstein’s Guilty Verdict: ‘It Was Time For An Accounting’

Hillary Clinton, who had a long association with now-convicted rapist Harvey Weinstein, said Tuesday his guilty verdict shows “it was time for an accounting.”

“The jury’s verdict really speaks for itself, and it is obviously something that people have looked at and followed because it was time for an accounting, and the jury clearly found that,” Clinton said during a news conference at the Berlin International Film Festival for an upcoming Hulu documentary series about her.

In a major advance for the Me Too movement, a jury in New York on Monday convicted Weinstein of criminal sexual assault and third-degree rape. The disgraced Hollywood mogul was acquitted of two counts of predatory sexual assault.

At the height of his power, Weinstein was a sought-after Democratic donor and fundraiser, contributing to and rallying Hollywood’s elite around candidates, including Clinton during her two presidential campaigns. He also publicly supported progressive and feminist causes, which he touted in a statement apologizing for his behavior following 2017 reporting in The New Yorker and The New York Times chronicling his sexual predation.

Clinton said at the time she was “shocked and appalled by the revelations,” and would give away political contributions she received from Weinstein to charity. 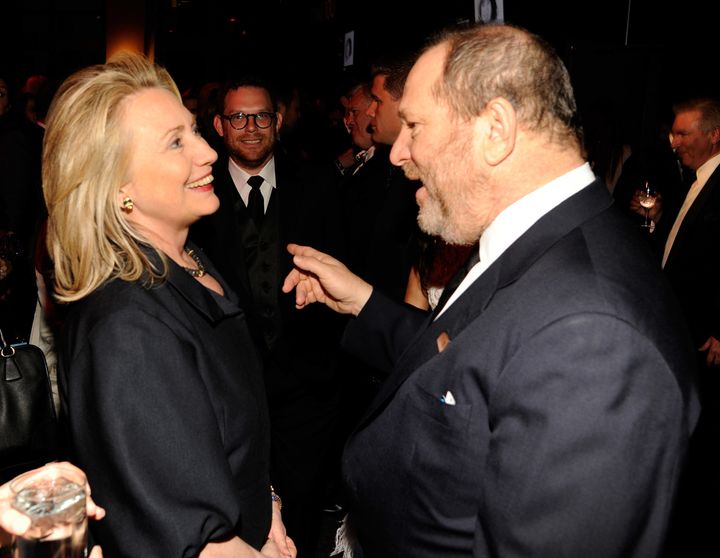 Some people later said they had cautioned Clinton’s team about Weinstein over the years.

Tina Brown, a former top editor at Vanity Fair, The New Yorker and The Daily Beast who worked with Weinstein in the late 1990s on a magazine and book venture, said she warned Clinton’s inner circle about Weinstein in 2008. The actress Lena Dunham, who served as a celebrity surrogate for Clinton’s 2016 presidential campaign, said she also advised Clinton’s campaign against associating with Weinstein.

“I just want to let you know that Harvey’s a rapist, and this is going to come out at some point,” Dunham said she told Kristina Schake, the campaign’s deputy communications director. “I think it’s a really bad idea for him to host fundraisers and be involved because it’s an open secret in Hollywood that he has a problem with sexual assault.”

Clinton’s campaign disputed the exchange and said “rape” was not mentioned.

On Tuesday, Clinton also addressed whether she would support her 2016 primary opponent Sen. Bernie Sanders (I-Vt.), now the 2020 Democratic presidential front-runner, whom she candidly criticizes in the Hulu docuseries.

“I’m going to wait and see who we nominate. I will support the nominee,” she said, adding: “It’s imperative that we retire the incumbent.”