The proposal being prepared by the White House is intended to begin grappling with a number of big issues that President Biden focused on during the campaign. 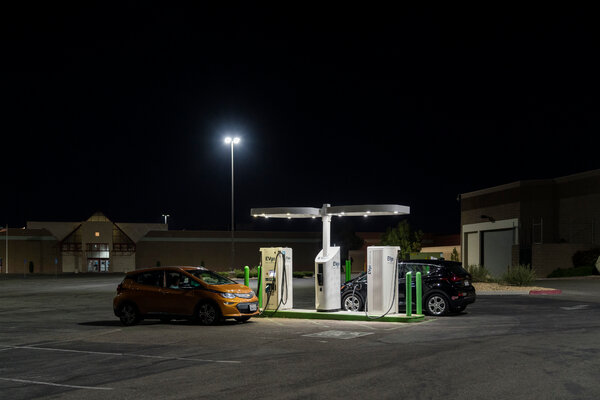 By Annie Karni and Jim Tankersley

President Biden’s advisers are preparing a giant infrastructure plan, which would include close to $1 trillion of spending on the construction of roads, bridges, rail lines and ports. But for a president who campaigned on addressing the existential threat of climate change, as well as racial inequality, Mr. Biden clearly expects his infrastructure plan to be a lot more ambitious than simply repaving the nation’s roads.

“You have to look at his words from the campaign and where he’s positioned this,” said John D. Podesta, a former top adviser to Presidents Barack Obama and Bill Clinton. “He said in order to build the economy back better, we need to tackle the interlocking nature of the Covid crisis, the climate crisis and the racial justice crisis. I think that’s what they intend to do with this package.”

Here’s a look at what we know about the administration’s plans so far and what questions remain.

Mr. Biden’s infrastructure plan will deal with the meat-and-potato issues that Republicans and Democrats agree are an urgent need. It seeks to rebuild roads, bridges, transit, rail and ports, while also improving power grids and increasing the number of electric vehicle charging stations.

The plan makes the development of universal broadband, a major issue in rural communities, a priority. It includes a goal of training millions of workers. And it makes the case that these upgrades are needed to keep the United States competitive with powers abroad.

It’s this bucket of projects that is often being referred to when infrastructure is talked about as an issue with bipartisan support. Republican and Democratic mayors and governors across the country recognize the need for upgrades in their communities, where breakdowns in power grids can leave millions without water and electricity for days, as demonstrated by the Texas power crisis this year.

Large business groups and some congressional Republicans have expressed support for upgrades to roads and bridges, as well as water and sewer systems. But Republicans oppose the tax increases Mr. Biden would use to pay for them, and generally have objected to his agenda.