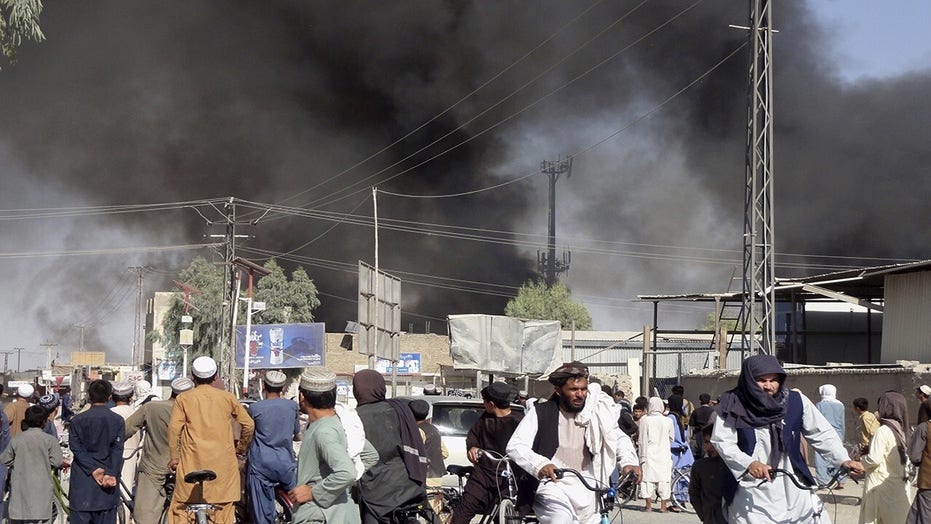 Afghans take cover near airport as gunfire rings out

Roughly two dozen officials stationed at the U.S. embassy in Kabul sent a memo through the department’s confidential dissent channel to alert Blinken, along with another top State Department official, that the Taliban was well-positioned to take over the nation, the Wall Street Journal first reported.

The cable, dated July 13, additionally provided suggestions on what should be done to counter the threat from the insurgent group and speed up the evacuation process.

Among the recommendations made to the department was the suggestion to use “tougher language” when describing the atrocities that the Taliban had already committed.

A source familiar with the cable defended the secretary’s actions.

It “was immediately brought to the secretary’s attention, and he personally approved the response,” the source told Fox News.

“We appreciated the thoughts of the drafters, which reflected much of the thinking at the department and throughout the inter-agency. For example, the cable coincided with our launch of Operation Allies Refuge – the effort to bring SIV applicants to the United States,” the source said. “We have consistently encouraged constructive use of the channel, which this was, and we conveyed that sentiment in our response.”

Critics of the Biden administration’s withdrawal from Afghanistan point to the slow evacuation of not only American’s stuck in Kabul, but of the danger it put Afghans in who had helped the United States.

Thousands of Afghans who formally worked with Americans during the 20-year long war have applied for the U.S. Special Immigrant Visa program in order to be evacuated, along with their families, out for fear of Taliban reprisal.

In its first press conference since taking control of the country earlier this week, the Taliban said it would not seek retribution against Afghans who worked with the U.S.

But reports have suggested Afghans flocking to the airport in Kabul are receiving hostile treatment.

The Biden administration disputes the notion this confidential cable warned of the early fall of Afghanistan. A source noted to Fox News the cable said Kabul could fall “shortly AFTER the U.S. leaves on 8/31” and did not warn it could happen in early August.

Deputy National Security Advisor John Finer echoed these sentiments in an interview with CNN Thursday, telling Wolf Blitzer, “The cable, as I understand it, predicted the potential fall of the Afghan government in the aftermath of a U.S. troop drawdown on August 31st. Obviously, that all happened even more quickly than the cable, which was quite concerned about this possibility, projected.”

He also said the internal memo suggested that evacuation flights should start on Aug. 1.

“We began those flights in July,” Finer said. “I think the cable reflects what we’ve said all along, which is nobody had this exactly right in predicting that the government and army of Afghanistan were going to collapse in a matter of days.”

Jacqui Heinrich contributed to this report.