Negotiations on a UK-European Union trade deal are continuing amid widespread expectation an agreement is imminent. But Brexit Party leader Nigel Farage has already dismissed optimism around a deal signed by the Prime Minister and the EU. He told LBC radio: “At least the charade is over. We’ve been put through this agony over the last few weeks there could be a no deal, that was never a possibility.

“A good deal helps the UK, a bad deal doesn’t help the UK but it helps our European competitors.

“Here is the problem: we’ve agreed this and we’ve announced this on Christmas Eve, that means almost no proper scrutiny today, tomorrow and Boxing Day. Then it get rammed in Parliament before anyone has even read it.

“The final document is likely to be as long as 2000 pages and we can go thought the detail on fishing and see how much we’ve conceded.

“And bear in mind, this isn’t a deal, don’t call it a deal. It’s a new EU treaty. It’s very important that people understand that.

“How tied are we going to be to Brussels rules in the future? I can’t answer that right now, I’ve got a lawyer on hold whose Christmas looks like it’s ruined.” 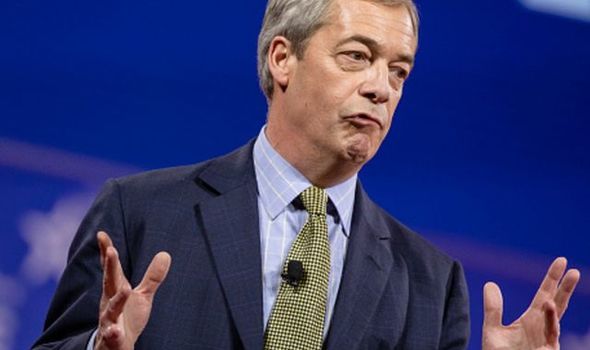 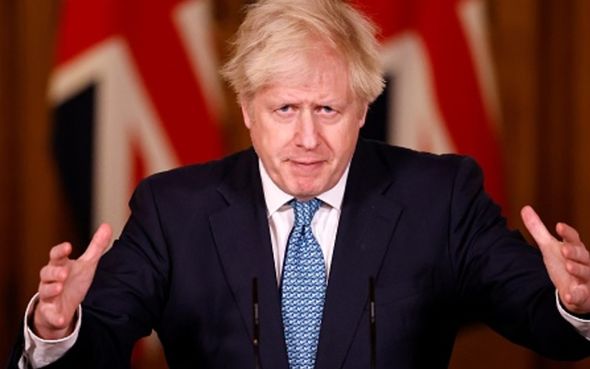 Talks in Brussels were focused on the details of fishing rights but both sides have indicated a Christmas Eve deal will be announced, bringing an end to months of wrangling just a week before current trading arrangements expire.

Boris Johnson has been in close contact with European Commission president Ursula von der Leyen in recent days as top-level efforts intensified to get a deal over the line.

The pair were expected to use a call on Christmas Eve to agree the deal.

The EU and Downing Street were poised to announce a deal on Wednesday night but that slipped as last-minute wrangling continued.

Negotiations continued through the night, fuelled by a late delivery of pizzas.

On Thursday morning a UK source said “they’re still going on fish” – the issue which has been one of the major stumbling blocks in the path to a deal.

Brexit: Hilary Benn says he doesn't give Johnson any credit

Irish foreign minister Simon Coveney told RTE Radio there had been “some sort of last-minute hitch” over the small print of the fisheries agreement but deal was still expected later.

Reports have suggested the UK has offered a deal where it will take back the right to land 25 percent of what the EU currently takes from British waters, phased in over five-and-a-half years.

As the battle to spin the situation began, French sources reportedly claimed the UK had made “huge concessions”, especially on fisheries – a symbolically important issue on both sides of the Channel.

A deal covering the UK-EU trading relationship worth almost £670 billion will come as a relief to business leaders.

If, as expected, it provides for trade free from tariffs and quotas the economic shock of breaking away from the EU’s single market and customs union will be softened.

But there will be an increase in bureaucracy as a result of leaving the EU’s trading regime.

Any deal Mr Johnson secures is likely to pass through Parliament with Labour expected not to oppose it – Sir Keir Starmer has stressed that an agreement with the EU would be in the national interest.

Hilary Benn, the Labour chairman of the Commons Future Relationship with the EU Committee, told the BBC he had “no doubt” Parliament would back it because “the alternative is no-deal and that really doesn’t bear contemplation”.

But in a sign of the political difficulties Mr Johnson may face, the European Research Group (ERG) of hardline pro-Brexit Tory MPs said they would scrutinise any deal in great detail.

The ERG said it would reconvene its so-called “star chamber” of legal experts to examine the text.

A statement issued by the group on Wednesday said: “Given that the new agreement is also highly complex, the star chamber will scrutinise it in detail, to ensure that its provisions genuinely protect the sovereignty of the United Kingdom after we exit the transition period at the end of this year.”

But it is not only hardcore Eurosceptics who could be critical of a deal.