‘It’s NOT about sovereignty!’ Spain’s foreign minister furious at UK taking back control

Spain’s Foreign Minister Arancha González Laya dismissed Britain’s claims its Brexit trade deal with the EU was about “asserting independence and sovereignty”. Ms Laya rejected this, claiming that trade deals are about “managing our interdependence”. The furious Spanish minister went on to rip into claims the UK could be “bound to EU rules” after the end of the transition period. 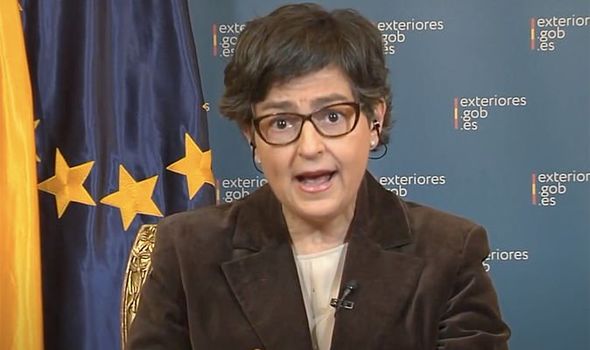 She told Sky News: “I have done many trade deals in my life, and trade deals are not made to assert one’s independence.

“They are made to manage our interdependence. This is what is at stake here.

“This trade deal we are building is not about asserting sovereignty, trade deals are not made to do that.