It came after 11 members of the Comprehensive and Progressive Agreement for Trans-Pacific Partnership (CPTPP) agreed to start negotiations for Britain’s entry. Joining the CPTPP is one of UK trade minister Liz Truss’ key plans to refocus the country’s relations following Brexit.

“We’ll present our plans to Parliament in the coming weeks before starting negotiations.” 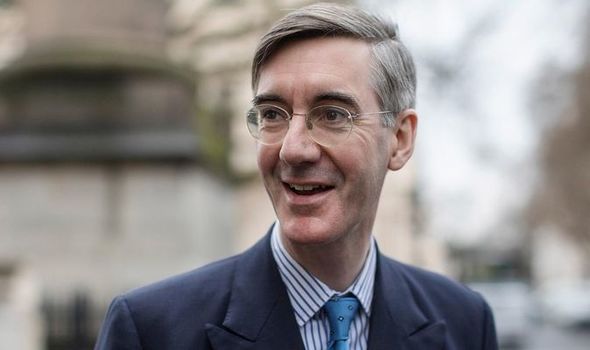 Ms Truss has already begun direct trade talks with Australia but she is hopeful that a broader deal within the region will follow.

Yasutoshi Nishimura, Japan’s minister in charge of negotiations, said Britain joining the CPTPP would strengthen economic ties between the UK and Japan.

He added that the move would give Britain access to a market similar to the size of the EU.

In a joint statement, the CPTPP ministers said: “The commencement of an accession process with the UK and the potential expansion of the CPTPP will send a strong signal to our trading partners around the world of our commitment to support a free, fair, open, effective, inclusive and rules-based trading system.” 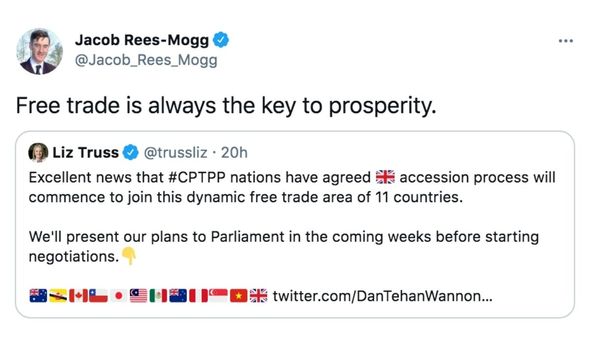 The CPTPP removes barriers such as quotas and tariffs but, unlike the EU, it does not aim to create a single marker or a customs union or create wider political integration.

Ms Truss has refused calls from opposition MPs to provide an economic assessment of the benefits of the UK joining the Asia-Pacific agreement.

The process of Britain joining the CPTPP starts with the forming of a working party to assess the UK’s compatibility with the trade deal.

The UK said it would work with Japan, who are chairing the group this year, to conduct talks as quickly as possible.