Rep. Jim Jordan’s contentious exchange with top government epidemiologist Anthony Fauci Thursday was only the latest in a string of spats between Fauci and congressional Republicans.

Jordan, R-Ohio, and Fauci clashed Thursday over when Americans would be able to stop wearing masks and be able to gather in whatever numbers they please.

“When is the time?” Jordan asked. “When do Americans get their freedom back?”

“When we get the level of infection in this country low enough that it is not a really high threat,” Fauci said.

Jordan continued to push Fauci to provide a more specific definition of what infection level would not be considered a threat, but Fauci would not elaborate. 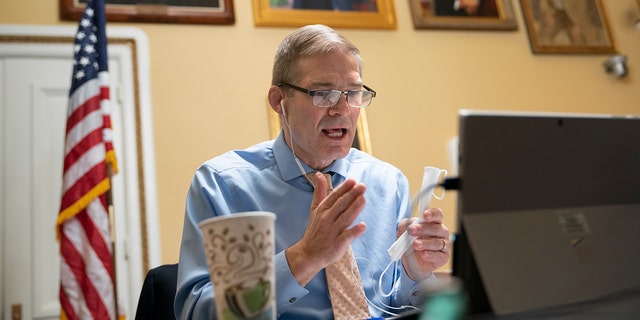 Rep. Jim Jordan, R-Ohio, testifies to the House Rules Committee as the panel considers a resolution calling on Vice President Mike Pence to activate the 25th Amendment to declare President Donald Trump incapable of executing the duties of his office, at the Capitol in Washington, Tuesday, Jan. 12, 2021. Jordan has a history of battling with Anthony Fauci in congressional hearings on the coronavirus. (AP Photo/J. Scott Applewhite)

“You’re ranting again,” Fauci told Jordan at one point, as the Ohio House member continued to say that Americans had lost their “liberty” over the past year.

“Yes, you are,” replied Fauci.

Fauci has been a regular at congressional hearings since the beginning of the pandemic, and Thursday was not the first time he was in a heated exchange with Jordan.

In one particular exchange last summer, Jordan asked Fauci about what the difference was between churches and businesses, where crowds were limited by the government, and protests, where large groups gathered.

“I’m not in a position to determine what the government can do in a forceful way,” Fauci said before Jordan interrupted: “You make all kinds of recommendations, you make comments on dating, on baseball, on everything you can imagine. I’m just asking, you just said, protesting increases the spread. I’m just asking you: Should we try to limit the protest?” 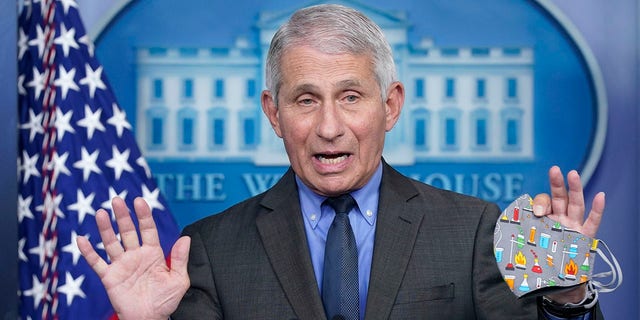 Dr. Anthony Fauci, director of the National Institute of Allergy and Infectious Diseases, speaks during a press briefing at the White House, Tuesday, April 13, 2021, in Washington. Fauci has been a regular at congressional hearings in the past year. (AP Photo/Patrick Semansky)

Jordan further accused Fauci of favoring “one First Amendment liberty, protesting, over another, practicing your faith.”

“I’m not favoring anybody over anybody,” Fauci said. “I’m just making a statement that’s a broad statement… avoid crowds of any type no matter where you are, because that leads to the acquisition and transmission. And I don’t judge one crowd versus another crowd.”

“You’re telling everybody to wear a mask whether they’ve had infection or had a vaccine. What I’m saying is they have immunity and everybody agrees they have immunity,” Paul said to Fauci in a hearing. “What studies do you have that people who have had the vaccine or had infection are spreading the infection?… You’ve had the vaccine and you’re wearing two masks. Isn’t that theater?”

“Here we go again with the theater, let’s get down to the facts,” Fauci shot back. “When you talk about reinfection and you don’t keep in the concept of variants, that’s an entirely different ballgame. That’s a good reason for a mask.”

Paul, meanwhile, said that asking people to wear masks after getting vaccinated is increasing vaccine hesitancy because it does not give them an incentive to get the shot. 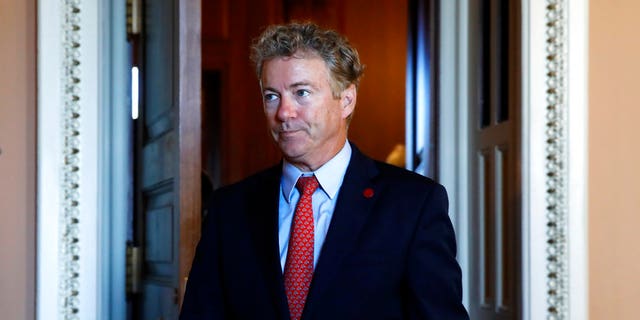 The debates between Fauci and Paul date back to last year, including one exchange in September over lockdowns and New York’s coronavirus policies.

One of Fauci’s earliest showdowns with a member of Congress, however, came in June 2020, when Rep. David McKinley, R-W.Va., questioned him on changing mask guidance.

“You said as late as… March 31 there was no consensus on wearing masks. And the president, as you know, relies on your expertise. Do you now regret not advising people more forcefully to wear masks earlier?” McKinley asked.

“OK, we’re gonna play that game,” Fauci said. “Let me explain to you what happened back then.”

McKinley said that the question “should be a yes or no.”

“No, there’s more than a yes or no, by the tone of your question,” Fauci shot back. “I don’t regret that because… at that time there was a paucity of equipment that our health care providers needed who put themselves daily in harm’s way of taking care of people who are ill. We did not want to divert masks and PPE away from them to be used by the people.”

Other Republicans – starting with former President Trump – have also been critical of Fauci. They allege that his instincts have generally trended toward stricter health measures and don’t take into account personal freedom, the economy, or the relatively low risk a coronavirus infection poses to most individuals. 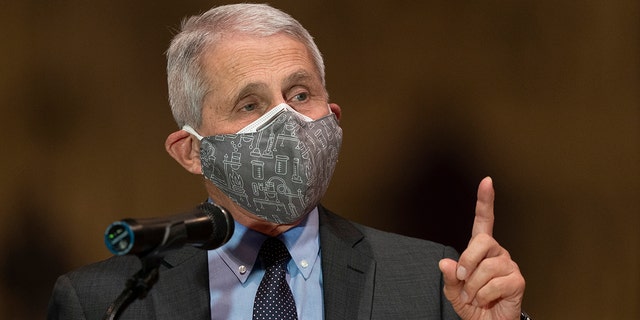 Dr. Anthony Fauci, director of the National Institute of Allergy and Infectious Diseases and chief medical adviser to the president, speaks to a group of interfaith clergy members and community leaders and officials at the Washington National Cathedral, to encourage faith communities to get the COVID vaccine, Tuesday, March 16, 2021 in Washington. (AP Photo/Manuel Balce Ceneta)

Democrats and many other Republicans, meanwhile, have praised Fauci for his vast experience and said he’s provided sober advice on the science of the pandemic.

Fauci himself said that it is “liberating” working in the Biden administration now, as they will let him “get up here and talk about what you know, what the evidence and science is, and know that’s it — let the science speak.”

White House COVID coordinator Jeff Zients said earlier this week — discussing the pause on the Johnson & Johnson vaccine — that the White House is letting career agency employees take the lead on decisions like that.

“We bring nothing to the table,” Zients said of elected officials and political appointees working on science-related decisions.