Justice Democrats, a far-left PAC aligned with Rep. Alexandria Ocasio-Cortez, D-N.Y., is pushing for Rep. Ro Khanna, D-Calif., to get the Senate seat that will be vacated by Vice President-elect Kamala Harris.

"We are excited that Ro Khanna is being considered by many California Democrats and progressives as a candidate for the next United States Senator of California," the group wrote on Twitter on Monday. "His voice in the Senate would be a major boost for our movement for justice."

Khanna has represented California's 17th Congressional District since 2017 and was the first member of Congress to join Justice Democrats that same year. He's a progressive who is also known for his willingness to work across the aisle and criticize his own party.

"I am honoured that my name is in the mix. But I also represent a very powerful constituency….Silicon Valley. So, we'll see where things go. I am open to whatever opportunity…where I can be most effective,” Khanna told the Press Trust of India last week.

THE RACE IS ON TO SUCCEED KAMALA HARRIS IN THE SENATE: WHO THE FAVORITES ARE

The race to fill Harris' seat is underway, but California Gov. Gavin Newsom has so far remained mum about potential contenders.

“No timeline has been established. The process is just beginning to unfold,” Newsom, a Democrat, said during a Monday press conference. “We are working through the cattle call of considerations related to what’s the profile, the right choice to replace Sen. Harris.” 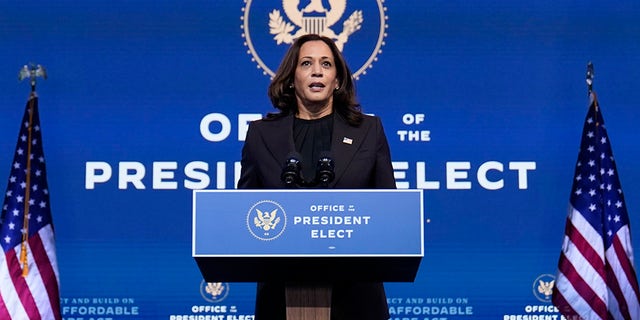 California law allows the governor to appoint a replacement to serve out the remainder of Harris' term once she officially resigns to become vice president. Speculation has been swirling for months over whom Newsom will select to replace Harris after President-elect Joe Biden tapped her as his running mate in mid-August.

Two leading contenders to replace Harris are reportedly Attorney General Xavier Becerra and Secretary of State Alex Padilla, both Democrats. Other potential candidates include Reps. Karen Bass and Barbara Lee, longtime members of Congress, as well as almost every one of California's executive officials, including Lt. Gov. Eleni Kounalakis, Controller Betty Yee and Treasurer Fiona Ma, according to The Hill, citing sources close to Newsom.

Fox News' inquiry to Khanna's office was not immediately returned.