The Justice Department is suing the state of Georgia in an effort to overturn a sweeping state law that federal officials claim restricts Black voters’ access to the polls.

“The rights of all citizens to vote are the central pillars of our democracy,” Attorney General Merrick Garland said Friday, adding that recent changes to Georgia law amounted to voter suppression.

“This lawsuit is the first step of many we are taking to ensure that all eligible voters can cast a vote; that all lawful votes are counted; and that every voter has access to accurate information.”

The government alleges that the state law was passed with “discriminatory purpose … that departed from normal practice and procedure.” 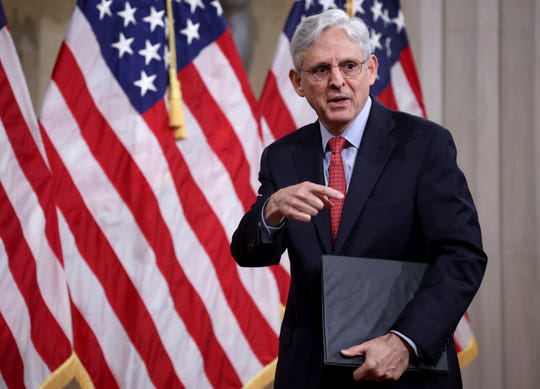 Attorney General Merrick Garland says on June 16, 2021, that immigration judges should no longer follow the rules that made it difficult for immigrants who faced domestic or gang violence to win asylum. (Photo: Pool photo by Win McNamee)

The Justice action also took aim at a provision in the state law that banned the distribution of food and water to voters who often are forced to wait in long lines to cast their ballots.

The Georgia law, signed behind closed doors earlier this year by Gov. Brian Kemp, has been roundly lambasted as blatant voter suppression by Democrats while Republicans have characterized it as election reform.

Some of the most controversial provisions include additional voter identification requirements; optional early voting on Sundays — traditionally a day in which the Black vote spikes during “Souls to the Polls” campaigns. The Georgia law also shortens runoff election periods.

“The recent Jim Crow election laws in Georgia are a blatant assault on the American people’s most fundamental and sacred right, the right to vote,” NAACP President Derrick Johnson said. “Today’s announcement from the Attorney General speaks to the level of urgency that is needed to protect our fragile democracy and ensure that all voices are heard. We are in a race against time, and against those working to discount us.” 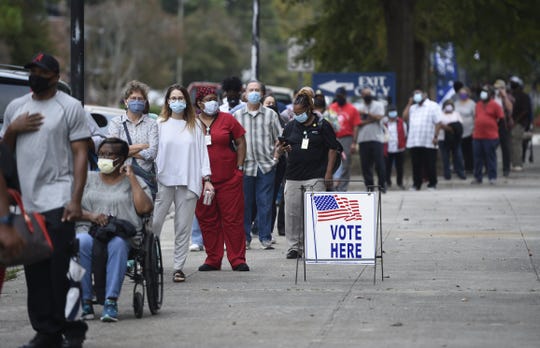 At the same time Friday, Justice announced that the nation’s U.S. attorneys are being directed to more closely track threats to election workers across the country as deep political divisions have raised the risk to poll workers and other officials, the attorney general said.

Deputy Attorney General Lisa Monaco said a federal task force would be pursuing such threats, an action that Garland said was prompted by an increasing number of news reports.

The attorney general’s action comes after vowing earlier this month to bolster the Justice Department’s civil rights unit to challenge policies and legislation that restrict voter access and discriminate against marginalized voters.

“To meet the challenge of the current moment, we must re-dedicate the resources of the Department of Justice to a critical part of its original mission: enforcing federal law to protect the franchise for all eligible voters,” Garland said earlier this month, noting a recent wave of legislation in several states that restrict voter access.

Garland has promised to double the enforcement staff of the civil rights unit, a powerful division within the agency that investigates hate crimes, police abuses and other civil rights violations.

“We are scrutinizing new laws that seek to curb voter access, and where we see violations of federal law, we will not hesitate to act,” Garland said. “We are also scrutinizing current laws and practices, in order to determine whether they discriminate against Black voters and other voters of color.”

The announcement comes in the middle of a national tug of war over voting rights, which is expected to be a key issue in the 2022 midterm elections. Republican state lawmakers across the country have proposed measures that would limit access to voting, while Democrats are pushing for sweeping legislation to expand voter access.

In a vote of 50-50, it fell short of the 60 needed to overcome a GOP filibuster. All Democratic senators voted to begin debate, while the Republicans unanimously voted to block it.