The Big Idea is a series of Q&As with top lawmakers and figures.

Rep. Ken Buck, R-Colo., has been vocal this year against riots and politically-motivated violence and looting as the country has weathered unrest related to racism, police violence and the presidential election.

Beginning in Minneapolis in May after the death of George Floyd, riots have hit many of America's major cities and even some smaller ones, like Kenosha, Wis. They often happened at night, following peaceful protests against police brutality and racism that happened during the day.

The riots were also a major issue in the presidential election, with President Trump accusing Democrats of supporting the politically-related violence from groups like Antifa and now-President-elect Biden accusing the president of throwing fuel on the fire with divisive rhetoric.

They continued after the presidential election with some violent clashes in the streets after the "Million MAGA March" last weekend. Police reported at least 20 arrests.

"This year, we’ve seen an unprecedented amount of violence from riots organized by ANTIFA and other radical leftist groups," Buck said this week as he introduced the BRICKS Act, a bill aimed at discouraging rioting. "In order to truly restore unity in this country, Congress must support efforts like this to stop the violence perpetrated by the far left. We need to restore the livelihoods of our communities and hold these criminals accountable for their large-scale destruction once and for all."

The BRICKS Act would increase the penalty for crossing state lines to incite or engage in rioting from five years to 10 years, increase penalties to 25 years if the rioting results in "serious bodily injury" and life in prison if a person rioting results in death of another.

Buck discussed his "Big Idea" in the following Q&A with Fox News. This interview has been lightly edited for clarity.

What is the law on rioting right now and how would your bill change it?

Buck: The law prohibits interstate organizations that engage in rioting, but it doesn't have a severe penalty, and so this law would increase the penalties for those that are engaged in rioting cross across state lines.

It would help to discourage people from engaging in this kind of violent activity. I think it's unbelievable in this day and age in this country, with all the different forms of communication that people feel they need to burn down buildings and commit assaults and other dangerous acts.

And so this bill would make sure that people understand it will be a severe penalty if they engage in that kind of activity.

Why do you feel these riots are so harmful to the country? What's the cost?

Buck: I think it's clear that it's not just the cost to the physical property, but it's the cost to our political system. These riots are intended to intimidate people and deny them the right to vote and the right to express their political opinions. And that is just un-American.

Why do you think these increased penalties would discourage this violence?

Buck: I've been a prosecutor for 25 years, and I know that criminals take into account the penalties when they make a decision to engage in certain conduct. And these penalties will be enhanced. And the result will be that criminals will think twice before they commit these crimes.

How often does the DOJ prosecute people based on this statute? Aren't most rioters booked and charged by local authorities?

But this is different when we have a group like Antifa or other organized groups that are operating across the country and their members are traveling across the country. This is a federal crime, federal jurisdiction and the federal government should be prosecuting these. 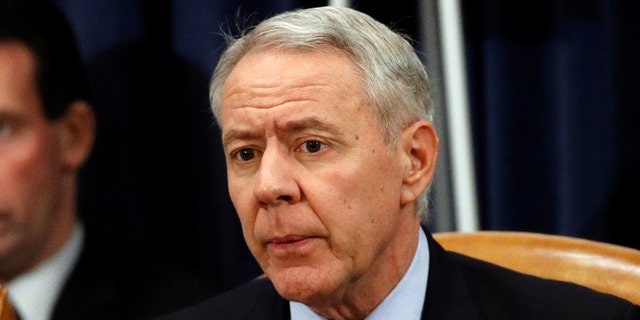 What are your thoughts on some of the issues that protesters are speaking about in some of the peaceful demonstrations that happen before the riots? Police brutality? Systemic racism?

I think that's absolutely appropriate for Americans to protest. I think it's absolutely appropriate for Americans to express their opinion and to engage in positive change in this country. It's what we are founded on. And it is a foundational constitutional principle. So I'm all in favor of organized protests. I'm all in favor of people feeling that they can redress their grievances with the government.

It's when these activities turn violent. And it's not all the people that engage in the protests that are engaging in the violent activity. When the activity turns violent, it should be met with a swift legal response.

Some on the left have accused those on the right of being at fault for the violence too — do you think both sides are equally at fault? Would you want this statute used equally against both sides if they violate it?

I want to make sure the statute is used to prosecute anybody who violates the law. I don't care if they're from the right or the left.

But I think it's absolute nonsense to suggest that somehow out of an anti-defund the police protest, that there are conservatives out there that then decide to burn down buildings and other things.

That is not my experience. That's not what I hear from those who are on the streets. But it doesn't really matter what your political beliefs are. If you're committing a crime, you should be prosecuted.