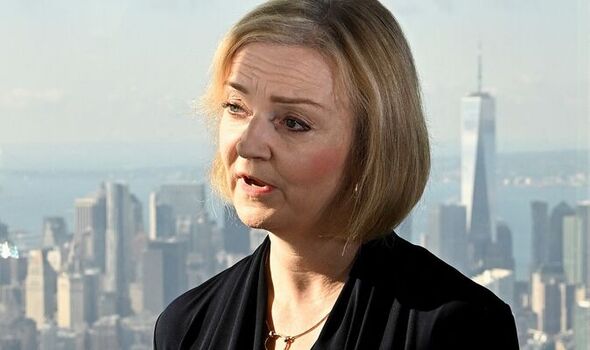 The Prime Minister said she is committed to introducing a cap on social care costs of £86,000. Ms Truss also insisted she wants millions of pounds of funding transferred from the NHS to social care this winter to tackle hospital bed blocking.

Boris Johnson vowed to fix the crisis in social care when he became prime minister.

Under his plan, an £86,000 cap on the amount anyone in England will need to spend on their personal care over their lifetime is due to come in from October next year.

Anyone needing social care currently has to pay until their savings and assets have dwindled to £23,250.

Ms Truss said: “My first priority on social care is making sure we’re getting the money into social care this winter because we currently have too many people who are having to stay in hospital due to issues in the social care system.”

Asked whether she planned to stick to the Conservative pledge that no one would have to sell their home to pay for care, she replied: “I am.”

A government source said this meant people would not have to sell their homes while they were alive.

Caroline Abrahams, Charity Director at Age UK, said: “It’s good that Liz Truss recognises the imperative of getting more money into social care this winter, but there needs to be enough of it and it has to reach the right places if it’s to make the difference older people want to see.

“There’s a huge crisis in the social care workforce, largely because pay has been allowed to fall behind that in other comparable sectors, so our number one ask is that the Government ensures care staff get a substantial pay rise this year. Local councils need more money too, so they have a chance to reduce the waiting lists for care that mean in excess of half a million people are currently waiting even to be assessed.”

Ms Abrahams said the cap promised by Mr Johnson was welcome but will not be nearly enough on its own.

She added: “With the system we have at the moment it’s actually very difficult for governments to guarantee that there is no possibility of someone having to sell their home to pay for their care.

“The only sure fire way of achieving this is to make care free at the point of use, like the NHS.

“At Age UK we would be thrilled if our new Prime Minister is proposing to do this, but she has not given any indication to date that this is what she wants to do.”