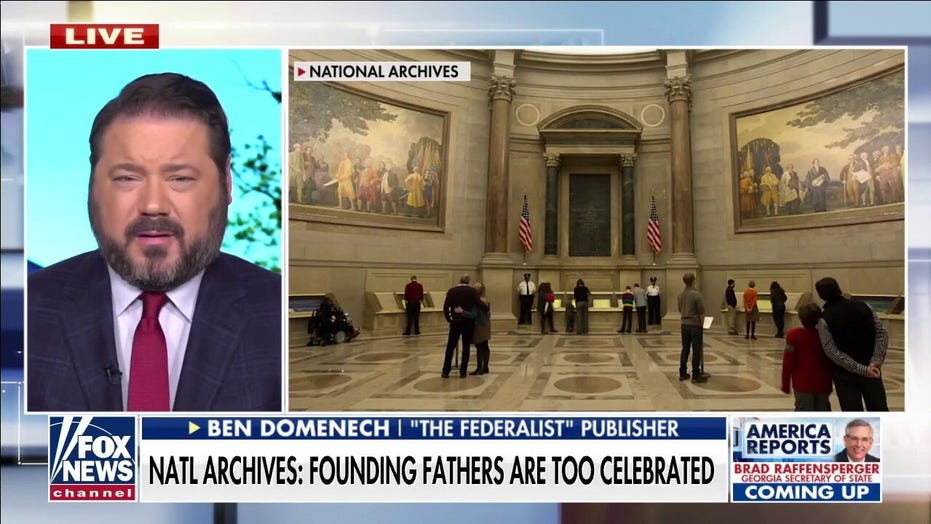 Ben Domenech: Average Americans are waking up to the left’s ‘authoritarian’ agenda

EXCLUSIVE: Fifteen Republican lawmakers in the House of Representatives on Monday sent a letter to Senate Energy and Natural Resource Committee chairman Joe Manchin, D-W.V., urging him to oppose President Biden’s nominee to lead the Bureau of Land Management (BLM).

Rep. Yvette Herrell of New Mexico led a letter with 14 of her House GOP colleagues for Manchin and the committee’s top Republican, Wyoming’s Sen. John Barrasso, outlining their concerns over BLM nominee Tracy Stone-Manning, citing her ties to a 1989 Idaho tree spiking plot.

Stone-Manning has come under fire over allegations that she misled senators about her links to the eco-terrorist plot. She has also faced scrutiny for urging population control to protect the environment in her graduate thesis.

“Given the Biden Administration’s supposed concern for domestic terrorism, this nomination is particularly puzzling and worrisome,” the letter reads. “Tree-spiking is a form of ecoterrorism, considered by the FBI at one point as one of its highest domestic terrorism priorities.”

“Someone who has participated in such activities clearly does not have the judgment to serve in such an important position,” the letter also said.

The lawmakers also said Stone-Manning opposing the relocation of BLM’s headquarters to Colorado and her “overtly partisan past are also of concern” and argued that the president’s nominee has been openly hostile to Republican members of Congress in her past positions, which the lawmakers noted were the “very Republican members” that represent the public lands she would oversee if confirmed.

“We believe that she is not fit to lead an agency that is integral to the economic and environmental viability of our districts,” the lawmakers wrote of Stone-Manning.

With the Senate split 50-50 between Democrats and Republicans, a Manchin vote against Stone-Manning could prove fatal to her confirmation chances. His office did not respond to Fox News’ request for comment.

“Ranking Member Barrasso is deeply concerned that Tracy Stone-Manning collaborated with eco-terrorists, did not cooperate with investigators for years until she was caught, and then misled the Senate Committee on Energy and Natural Resources,” a spokesperson for Barrasso told Fox News in a Monday email.

“He finds these actions disqualifying and has called on President Biden to withdraw her nomination,” he continued.

Stone-Manning was granted legal immunity in exchange for testifying that she retyped and sent an anonymous letter to the U.S. Forest Service on behalf of John P. Blount, her former roommate and friend.

The letter told the Forest Service that 500 pounds of “spikes measuring 8 to 10 inches in length” had been jammed into the trees of an Idaho forest. Tree-spiking is a dangerous eco-terrorist tactic that has severely injured people, such as a mill worker whose jaw was split in two from an exploding saw.

Most recently, a retired federal agent involved in the probe said Stone-Manning was an early target in the ecoterrorism investigation, contradicting her claims to senators that she had never been the target of a federal investigation.

The White House stood by Stone-Manning on Monday despite facing pressure from senators to withdraw the nomination.

“Tracy Stone-Manning is a dedicated public servant who has years of experience and a proven track record of finding solutions and common ground when it comes to our public lands and waters,” a White House official told Fox News on Monday. “She is exceptionally qualified to be the next Director of the Bureau of Land Management.”