MATTHEW HENNESSEY: Cancel culture is out of control — and Gen X is our only hope 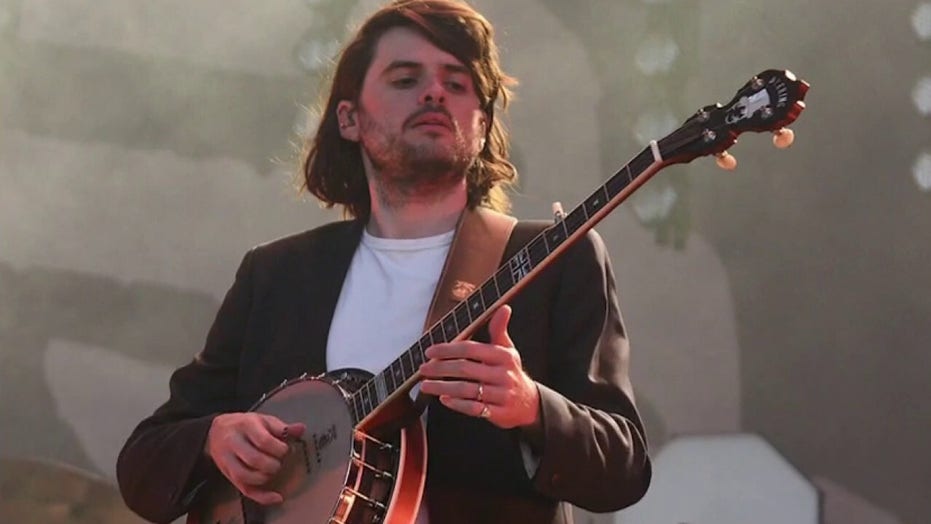 First it was Huck Finn. Then it was JK Rowling. Last week it was “The Muppet Show.” This week it’s Dumbo. It’s only a matter of time before “Star Wars” gets canceled and you know it.

Will Gen X please stand up? I have something I want to say to you — to us.

We grew up in a country that didn’t ban books. We all agreed that witch hunts and blacklists were bad. Censorship was an outrage. The 1980s were not that long ago. Don’t act like you don’t know what I’m talking about.

So obviously we’ve got a problem here. Everybody can see it. Everybody knows where it’s heading. What we don’t have — yet — is a group of people who are willing to do something about it.

BILL MAHER SOUNDS ALARM ON CHINA’S DOMINANCE OVER US: ‘THEY’RE EATING OUR LUNCH’

The generation that fought for its right to party should be leading the charge against these millennial Maoists terrorizing the culture via social media. Why aren’t we?

The reason is as obvious as it is unacceptable: We’re terrified of getting canceled ourselves. The kid who stands up to the neighborhood bully may end up a hero, but he may take a humiliating beating first. Most of us are like that character in “Raiders of the Lost Ark” who saw the pit full of snakes and said to Indiana Jones: “Very dangerous. You go first.”

Tears for Fears was wrong when they said everybody wants to rule the world. Only people between the ages of 23 and 33 want that kind of trouble. Once you reach 40, ruling the world sounds like too much work. People with jobs and families and mortgages want a quiet life. We want to find time to watch “Nomadland,” maybe save a little cash to redo the basement.

Here’s the thing: The situation with the millennials is getting way out of hand. Probably some of them are like us and think ruining a person’s life over a rumor that he once uttered a bad word is madness. But even the good ones are in too deep to see a way out. They don’t have the guts to stand up. They’ve seen what happens to their friends who step out of line.

Bad news, bears. We’re the adults here. We have to do it.

If Gen Xers want to spare our own kids having to live in the new East Germany these woke maniacs are trying to build, we can’t go on wearing our sunglasses at night. We have to do something, and we have to do it soon.

Here’s why it has to be us. The Gen X childhood was built around a simple premise: The US wasn’t a perfect country, but living here beat the pants off life behind the Iron Curtain. Whatever else is wrong with America, people don’t lose their jobs because of their political views. We don’t rat on our neighbors when they criticize the government. Nobody has to worry about a visit from the secret police when they say rude things about certain sacred cows.

Liberals and conservatives have always had plenty to fight about, and the 1980s were no different, but this was something both sides actually agreed on back then. Say your piece. Speak your mind. Agree to disagree.

What happened to that country? Where did it go? Skewer a sacred cow these days and you’re likely to have your home address and phone number spilled out on the Internet for every troll and troublemaker to play with. Voice an unpopular opinion and you could be delisted, deplatformed, and maybe — one day soon — defenestrated.

We are living through an era of intelligence-insulting national debates. Does Mr. Potato Head erase the existence of trans teens? Do Dr. Seuss’ sneetches perpetuate systemic racism? Is it OK to let the kids watch “Gone With the Wind”? What about “The Mandalorian”? Does saying there’s two sides to every story make me a racist?

You know the answers to these questions. We all do. It sure says a lot that we’d rather eat glass than have to answer them in public.

Honestly, I think I know what happened. In a weird way the existence of the Soviet Union was good for American democracy. We spent a lot of time comparing ourselves to the Russkies and the superiority of our way of life was obvious. Due process was better than show trials. Personal liberty was better than state tyranny. Free speech was better than censorship. Reckoning with history was better than erasing it.

The Evil Empire component of the Cold War was perversely helpful. Several generations of American kids grew up knowing that we were the good guys. When we won the Cold War we lost our enemy. So we looked around for a new enemy and decided that the enemy could be us.

Kids stopped learning what Gen X and every previous generation learned in high school: free speech is good for everyone; witch hunts and moral panics always end in terrible injustice; blacklists are un-American. Instead they started learning that speech could be violence and purges could be heroic. Victimhood is currency and sending someone to the gulag makes you feel superior.

I’m not saying that the 1980s were some kind of paradise. Tipper Gore launched a censorious crusade against popular music. On the list of “filthy” songs compiled by her Parents Music Resource Center was “We’re Not Gonna Take It” by Twisted Sister and “She Bop” by Cyndi Lauper. Believe me when I tell you that every teenager in America was horrified. All the cool kids protested and jeered — not at Twisted Sister and Cyndi Lauper, as they might do today if the woke mob called for it — but at Mrs. Al Gore, who was obviously sticking her nose where it didn’t belong.

What’s more, the artists who were targeted by the PMRC fought back and just about everybody agreed they were right to do so. Dee Snider didn’t apologize for having given offense and slink away like a pathetic, spineless slug. He waltzed into a Capitol Hill conference room, looked ’em straight in the eye, and, in not so many words, told them to back the f–k up.

We could use some of that spirit around here, don’t you think?

Gen X needs to realize something: Nobody is going to ride to the rescue. Harrison Ford isn’t going to show up in the final act to save the day. No politician or celebrity is capable of turning back the woke millennial tide with a sharp tweet or a snappy speech.

The cavalry is us. We are the ones who have to fight the cancel culture (rhetorically, of course). We will have to engage in a thousand tiny battles every day and it will be terribly uncomfortable. It’ll be hard standing up to school administrators pushing an “anti-racist” curriculum on your kids. It’ll take real courage to refuse to call yourself a bigot and to denounce the people who raised you.

If we can’t find the guts to do this dirty job, the second half of our lives is going to look very different than the first half did. We will taste life in Siberia. Our children and our children’s children will be forced to navigate a miserable, paranoid world of lies and deception. They will be asked to spy on their own parents. They will denounce their friends.

Don’t let it happen. We are a generation with a certain set of skills. We can read a map. We can tell time on an analog clock. We can get along just fine without social media. And we know deep down that sticks and stones can break your bones but words can never hurt you.

The most important thing about us is that we remember how things used to be. How it was not to be afraid to speak your mind. As the Shawshank man said, you either get busy living, or get busy dying.

10 Things in Politics: Matt Gaetz classmates dish on his past
Industies News