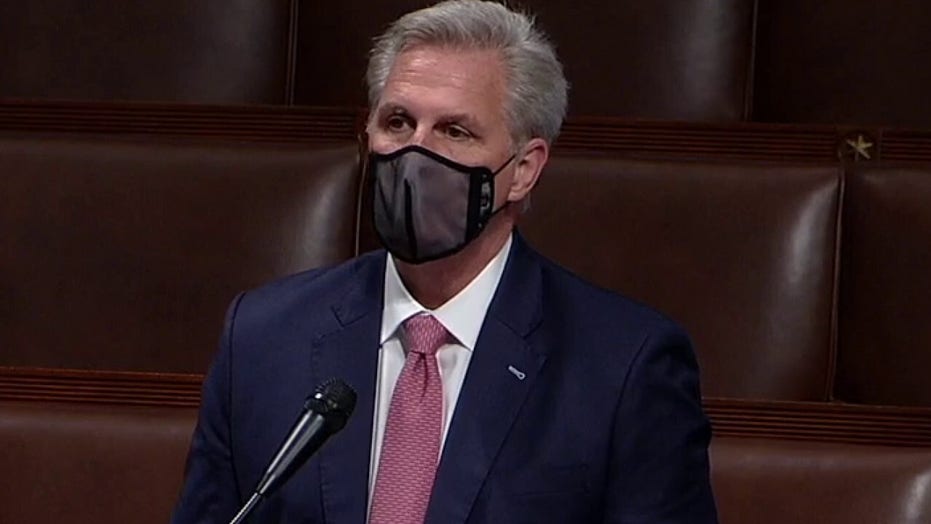 House Minority Leader Kevin McCarthy presents a resolution to remove Rep. Eric Swalwell (D-Calif.) from the House Intelligence Committee due to his ties to a suspected Chinese spy.

Brian Jack, who was the White House political director under Trump, will join McCarthy’s effort to help Republicans take back the House majority in the 2022 midterms. The hire comes as McCarthy, R-Calif., is trying to hold together a sprawling caucus that includes high-profile Trump boosters like Rep. Matt Gaetz, R-Fla., and leading Trump detractors like GOP Conference Chair Rep. Liz Cheney, R-Wyo.

“[A]ll in all — [Jack]’s trusted by both Trump and Kevin and has a good understanding of how important a Trump endorsement still is, and how House Republicans can best utilize [Trump] to help retake the majority,” a source familiar told Fox News of the hire.

McCarthy in the past few months upset Trump by initially saying he was at least partially responsible for the Jan. 6 attack on the Capitol before backtracking and traveling to Trump’s Mar-a-Lago resort to mend fences. 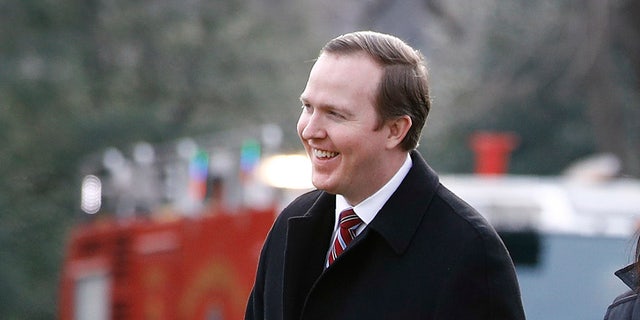 Then he upset many Trump allies by vocally backing Cheney in the face of a vote to remove her as GOP conference chair over her vote to impeach Trump. Nevertheless, McCarthy has maintained that the GOP is still Trump’s party even as the former president has promised to back primary challenges against some of his members, potentially making the road to the majority more difficult for Republicans in 2022.

Jack’s hiring could build in an effective liaison between Trump’s orbit and McCarthy’s to keep both teams playing from the same sheet music ahead of 2022. Fox News was told that Jack was a key player in Oval Office strategy meetings between McCarthy and Trump about which House races Trump should get involved in.

Senate Minority Leader Mitch McConnell, R-Ky., after voting to acquit Trump of the impeachment charge against him on procedural grounds, went on a media tour slamming Trump for his post-election behavior.

“There is no question former President Trump bears moral responsibility,” McConnell wrote in the Wall Street Journal. “His supporters stormed the Capitol because of the unhinged falsehoods he shouted into the world’s largest megaphone. His behavior during and after the chaos was also unconscionable, from attacking Vice President Mike Pence during the riot to praising the criminals after it ended.” 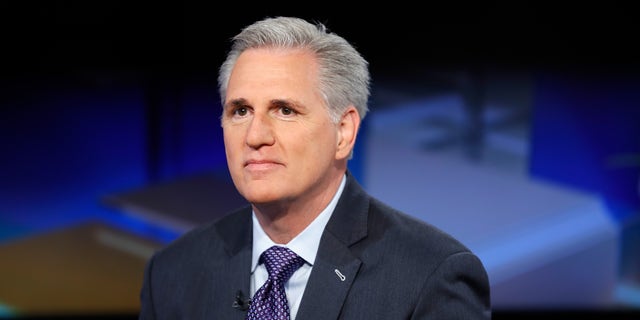 Trump responded in kind, blasting McConnell as a “dour, sullen, and unsmiling political hack” who would drag Republicans down in the future. Donald Trump Jr., meanwhile, told Fox News at the Conservative Political Action Conference (CPAC) that there are “plenty” of Senate Republicans who he and his father would consider backing primary challenges against.

Whether embracing the former president or distancing themselves from him is a better strategy could be seen in whether House or Senate Republicans perform better in the 2022 midterms. Republicans are defending a lot of seats in the Senate but are only one vote short of a majority. In the House, they are less than 10 seats away from making McCarthy the speaker but could face fundraising problems as some donors have paused giving to Republicans after Jan. 6.

There’s also Trump’s Save America PAC political operation, which he has urged his followers to exclusively donate to over other GOP-associated committees. Which candidates get backed by money from that group could hinge on perceived loyalty to the former president.