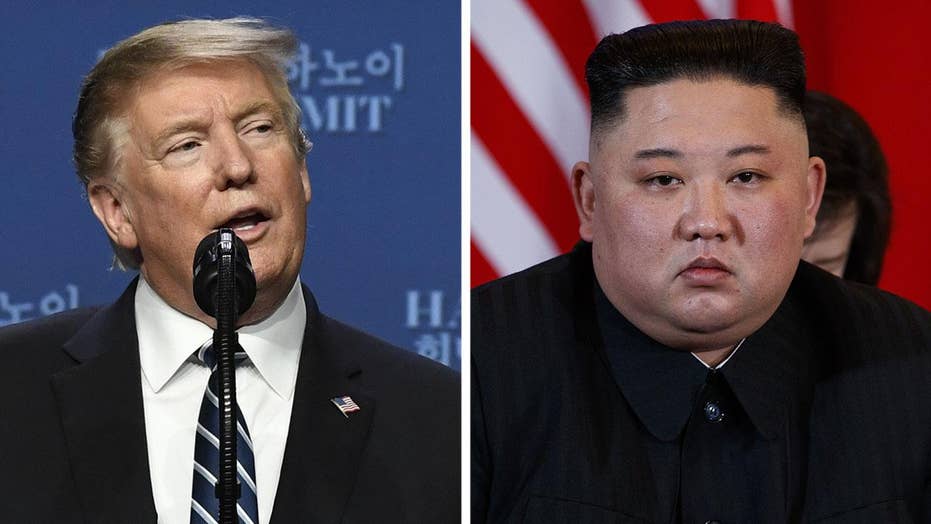 "Look, North Korea murdered Otto," McCarthy said during an appearance Sunday on "This Week" on ABC. "I think Kim had all authority to do that. I mean, I think Kim knew what happened, which was wrong. That’s why when we passed sanctions we named them after Otto Warmbier."

McCarthy’s comments come just days after Trump told reporters that he did not think Kim was involved in the treatment that ultimately led to Warmbier’s death.

Trump, speaking at a news conference in Hanoi after the abrupt end to his second summit with Kim, said he was taking Kim’s word for it when the North Korean leader said he didn’t know about Warmbier’s mistreatment at a prison in the isolated country.

“I believe something very bad happened to him,” Trump said. “I don’t think leadership knew about it.”

Warmbier, a University of Virginia student from Ohio, was in a coma when he was released back to the U.S. North Korean officials said Warmbier was suffering from botulism before slipping into a coma and denied torturing him. He died days later.

But his parents have long said the government tortured their son, resulting in his death. Trump asserted in September 2017 that Warmbier was “tortured beyond belief by North Korea.”

Trump’s comment quickly drew criticism from both his political allies and opponents.

The president's former U.N. ambassador Nikki Haley tweeted: "Americans know the cruelty that was placed on Otto Warmbier by the North Korean regime."

Trump has since attempted to clarify his statement – tweeting that his comment was "misinterpreted” and, on Saturday, paying tribute to Warmbier during a speech at the Conservative Political Action Conference (CPAC) in Maryland.

“We got our great people back … and that includes our beautiful, beautiful Otto, Otto Warmbier, whose parents I’ve gotten to know, who’s incredible,” Trump said. “And I’m in such a horrible position because in one way I have to negotiate and the way I love Mr. and Mrs. Warmbier and I love Otto and it’s a very delicate balance.”

“He was a special young man and to see what happened was so bad,” he said.