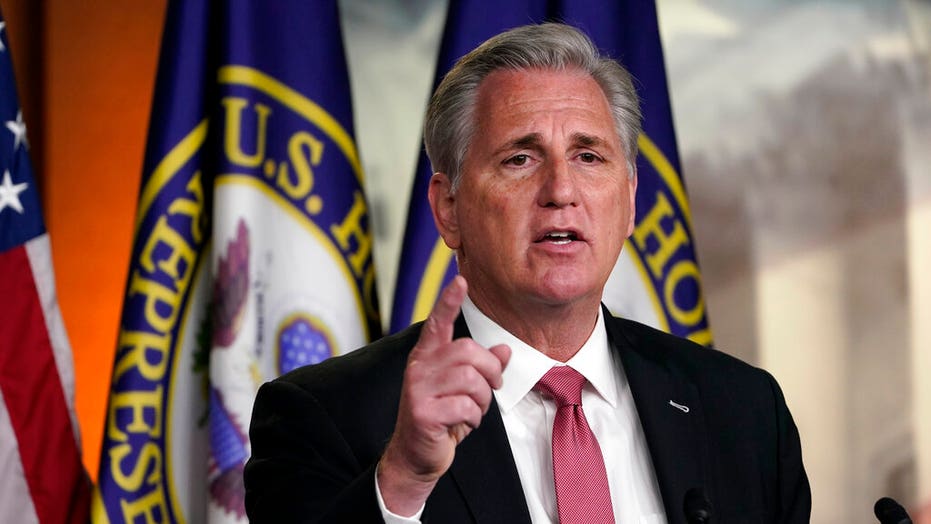 “@DeptofDefense is being politicized. Uniformed service members recently criticized a private citizen for his First Amendment rights, & today a Dem lawmaker used soldiers in a political stunt against a GOP member,” McCarthy wrote on Twitter Monday. “@SecDef Austin—This sets a dangerous precedent. It must stop now.”

The video concluded with the following message: “Guam is a U.S. territory with troops fighting — [and] dying — alongside fellow Americans while not having voting representation in the Congress or Electoral College representation to elect a Commander-in-Chief.”

The move came after, while speaking at the Conservative Political Action Conference (CPAC), Greene last month inaccurately called Guam a foreign country, likening it to China, Russia and Middle Eastern nations. San Nicolas said at the time he would reach out to Greene’s office. Greene was stripped of her committee assignments following other controversial comments she’s made.

The visit appeared cordial, though Greene was not in her office at the time. Nicolas carried a basket of treats and Greene’s legislative director thanked the National Guard for their service.

Greene on Tuesday sent a letter to Defense Secretary Lloyd Austin amd National Guard Chief Gen. Daniel Hokanson. “In recent days, there has been a dangerous and troubling trend in which members of our armed forces are being used to intimidate civilians, harass members of Congress and their staff, and attack conservative journalists for expressing their views,” Greene wrote.

“Imagine if I, or any of my Republican colleagues from Georgia, marched with members of the Georgia National Guard over to a Democrat Member of Congress’ office to ambush and record their staff,” she continued.

But San Nicolas scoffed at Republican criticisms of the visit. He denied “using military service members for political props.”

“I was taking my Guardsmen on a tour of the Capitol, and we stopped by several members’ offices, and we delivered some goodies,” San Nicolas told CNN. “Cookies should never be considered a political prop, and neither should our military. But goodwill is absolutely something that we wish to extend from Guam to everybody.”

“We appreciate Congressman San Nicolas’ efforts to represent our culture of Inafa’ Maolek, or bringing harmony, practiced here in Guam,” Aguigui said in a statement, according to Politico. “We also thank Congresswoman Greene for ultimately helping raise awareness of Guamanians as citizens of the United States, and our rich tradition of service and sacrifice to our nation.

“As a non-partisan entity, the Guam National Guard is here to continue this legacy of supporting and defending the Constitution of the United States and the freedoms it provides,” she said.