Sen. Josh Hawley (R-Mo.) probably didn’t get the answer he was looking for when he asked Judge Merrick Garland, President Joe Biden’s pick to lead the Department of Justice, about his stance on defunding the police.

The Missouri Republican, who led the effort to overturn the 2020 presidential election in Congress and pumped his fist at a group of Trump supporters outside the Capitol on Jan. 6, described crime surging in cities around the country and asked Garland if he supported defunding the police.

“As you no doubt know, President Biden has said he doesn’t support defunding the police, and neither do I,” Garland said at his Senate Judiciary Committee confirmation hearing on Monday.

The U.S. District of Appeals Court judge then cited the horror Capitol Police officers experienced during the attack as a reason why he didn’t support defunding police departments. More than 140 police officers were injured during the assault on Congress on Jan. 6 and several died following the riot, which was fueled by lies about voter fraud.

“We saw how difficult the lives of police officers were in the bodycam videos we saw when they were defending the Capitol,” Garland said. 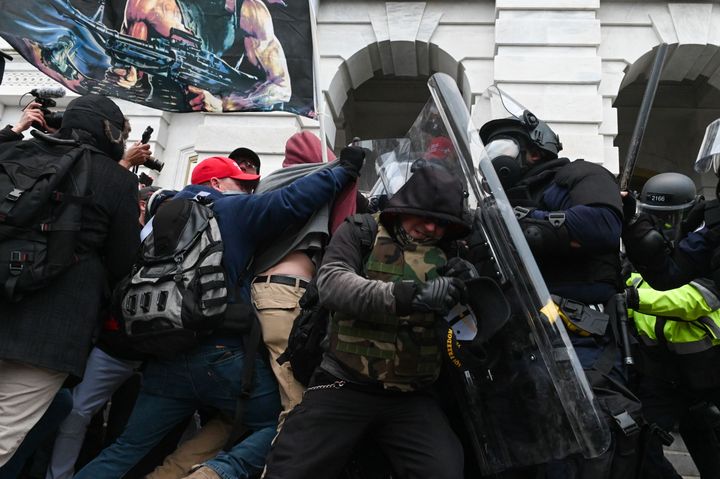 Since the riot, Hawley and other Republicans have made a point of lamenting violence against police during Black Lives Matter protests last year (even though the vast majority of demonstrations were peaceful). At his impeachment trial, former President Donald Trump’s defense team frequently drew a false equivalence between the Capitol attack, which sought to overthrow American democracy, and past attacks on police in response to their killings of unarmed civilians.

Hawley also asked whether Garalnd considered “assaults on federal property in places other than Washington, D.C.” to be domestic terrorism, a label he recently suggested might not be appropriate for the attack on the Capitol, which he claimed Democrats are using to justify a power grab.

“The use of violence or threats of violence in an attempt to disrupt democratic processes,” Garland said. “So an attack on a courthouse while in operation trying to prevent judges from deciding cases, that plainly is domestic extremism, domestic terrorism.”

The Trump supporters who ransacked the Capitol also sought to disrupt the democratic process, namely the certification of Biden’s victory in the 2020 election, which Hawley still says was tainted by irregularities. 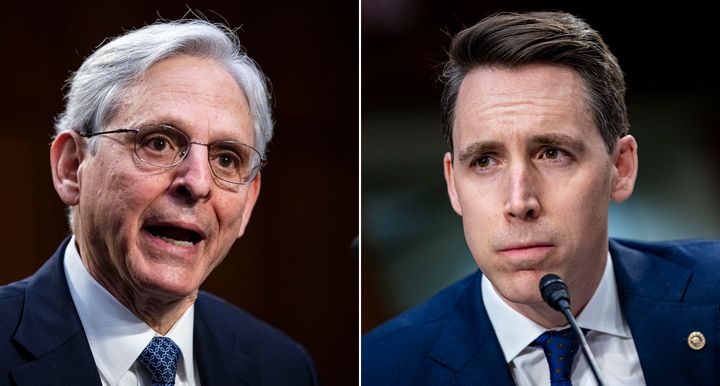 Garland is expected to be confirmed as the nation’s next attorney general with broad bipartisan support. Even Sen. Lindsey Graham (R-S.C.) heaped praise on the judge, calling him a “very good pick” for the post.

The reception Garland received on Monday couldn’t have been more different than in 2016, after President Barack Obama nominated him to serve as a justice on the Supreme Court. Republicans outright denied him a hearing in the Senate Judiciary Committee, citing the presidential election later that year. Of course, they dropped the objection to election-year confirmations to the Supreme Court in late 2020 after the death of Justice Ruth Bader Ginsburg.

“It was an election year with a divided Congress,” Sen. Chuck Grassley (R-Iowa), the chairman of the Judiciary Committee at the time, said in his opening statement on Monday.

Garland, of course, was nominated two years before Kavanaugh. He also hasn’t been accused of sexual assault.