Naming of Philip Green will reopen issue of parliamentary privilege

The secretive high court case over enforcement of non-disclosure agreements came to court over the summer, pitting an unnamed businessman against the media.

The dispute began after five anonymised employees brought claims against the executive – now identified as Sir Philip Green – over his “discreditable conduct”. They eventually reached a financial settlement with his firm.

Under the terms of those deals, the employees were given substantial payments. In return, both sides agreed to keep confidential the subject matter of the complaints and the amount of compensation paid. The employees received independent legal advice before signing up.

In mid-July, however, the Daily Telegraph got wind of the agreements and contacted the complainants asking them to comment on the allegations and the use of non-disclosure agreements (NDAs) to silence the issue.

The law firm Schillings, which specialises in privacy and libel cases, moved in quickly on behalf of Green, seeking a court injunction to prevent anything being published.

On 23 July, in a high court hearing conducted ‘in camera’ (behind closed doors), Mr Justice Haddon-Cave heard arguments from lawyers for the Telegraph and the businessman’s firm.

If it had been heard in public, the subsequent court of appeal judgment pointed out, the information the firm was seeking to protect would have been revealed.

Three weeks later, on 13 August, Haddon-Cave ruled against the businessman but agreed that nothing should be revealed until his lawyers could challenge the decision in the court of appeal.

However, they added: “We consider that the information intended to be covered by the injunction is expressed too widely at the moment.”

In order to protect Green’s identity, the appeal court had to produce two versions of its judgment – one partially “closed”, which was only handed to the parties involved, and the other “open” for publication, which omitted crucial details of the case.

When they announced their decision that there should be a “speedy” full trial of the complex claims, the three judges also extended the injunction temporarily.

Another in camera hearing in the court of appeal was due to be convened to examine in greater detail the legal arguments involved. It is not clear now whether that will ever take place.

The naming of Green as the businessman at the heart of the anonymised pleadings is likely to reopen the issue of whether MPs and peers should be able to exploit parliamentary privilege – protecting their absolute freedom of speech – to breach legal contracts and injunctions.

When the issue last erupted in 2011, over the granting of so-called superinjunctions, the then lord chief justice, Lord Judge, observed: “It is, of course, wonderful for you if a member of parliament stands up in parliament and says something which in effect means an order of the court on anonymity is breached.

Senior judges have in the past held talks with the Speakers of the Commons and the Lords about such incidents. After the superinjunction crisis, no action was taken because the dispute appeared to have gone away.

On Wednesday, ministers announced a consultation on the use of non-disclosure agreements in employment disputes. The role of MPs and peers in challenging court secrecy may also have to be revisited. 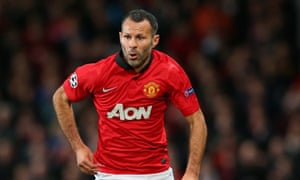 Both peers and MPs have on occasions exploited their parliamentary privileges – guaranteeing freedom of speech – to identify individuals who were protected by court injunctions:

• In 2011, at the height of the dispute over judicial enforcement of so-called superinjunctions, the then Liberal Democrat MP John Hemming named Ryan Giggs as the footballer who secured one to prevent publication of allegations he had an affair with a former reality TV star.

• Earlier that year, Hemming, who was MP for Birmingham Yardley, revealed that the banker Sir Fred Goodwin had obtained a superinjunction protecting his identity. “Will the government have a debate or a statement on freedom of speech and whether there’s one rule for the rich like Fred Goodwin and one rule for the poor?” he asked ministers.

• A few months later the Liberal Democrat peer Lord Stoneham told the Lords that Goodwin had secured it to prevent details of his alleged extramarital affair with a senior colleague being made public. “How can it be right for a superinjunction to hide the alleged relationship between Sir Fred Goodwin and a senior colleague?” he asked. “If true it would be a serious breach of corporate governance and not even the Financial Services Authority would know about it.”