NC’s mail-in ballot acceptance extension OK'd by US courts, but fight could go to Supreme Court

North Carolina's mail-in ballot acceptance deadline can be pushed back, a U.S. Court of Appeals ruled Tuesday night, but opponents of a deadline extension could try to take their fight to the Supreme Court.

“All ballots must still be mailed on or before Election Day,” the ruling states, according to the News & Observer. “The change is simply an extension from three to nine days after Election Day for a timely ballot to be received and counted." 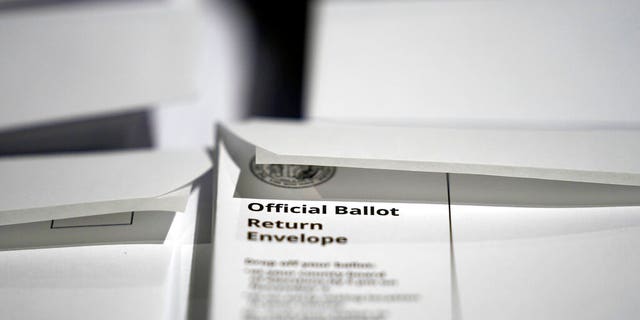 In this Thursday, Sept. 3, 2020, file photo, stacks of ballot envelopes waiting to be mailed are seen at the Wake County Board of Elections in Raleigh, N.C. (AP Photo/Gerry Broome, File)

“North Carolina voters deserve clarity on whether they must rely on an overburdened Post Office to deliver their ballots within three days after Election Day,” the ruling continued.

The 4th U.S. Circuit Court of Appeals made the decision in a 12-3 vote. North Carolina Attorney General Josh Stein, a Democrat, called the ruling a "huge win."

"The 'simple and commonsense change' approved by the state court to extend the deadline from 3 days to 9 days does not change voters’ obligations — all ballots must still be mailed on or before Election Day," Stein wrote on Twitter on Tuesday. "But it recognizes the reality of an overburdened postal service."

“We urge plaintiffs to take this case up to the Supreme Court immediately,” they wrote. “Not tomorrow. Not the next day. Now.”

U.S. Stocks May Give Back Ground In Early Trading
Politics News