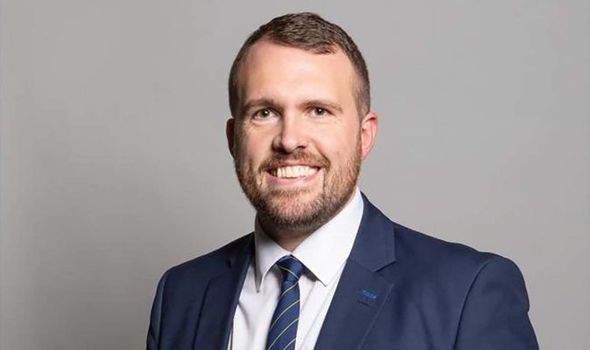 Stoke North MP Jonathan Gullis, who recently served on the Commons education committee, has come under fire from leftwingers after he made the comments at a Conservative Party conference fringe meeting.

He told an audience at the Conservative Friends of Education meeting: “The term white privilege – very quickly ‑ is an extremist term, it should be reported to Prevent [program for tackling extremism], because it is an extremist ideology.

“It’s racist to actually suggest everyone who’s white somehow is riddled with privilege.”

He added: “I hope [using the term white privilege] will be reported, I hope that will be looked into, and any teacher who’s perpetuated it in the classroom ultimately should face a disciplinary hearing at the very least.”

The leftwing critical race theory ideology which uses the term “white privilege” claims that all white people are privileged because of the colour of their skin and that inequality is a racial issue.

A recent Commons Education Committee report recommended that the term “white privilege” should be banned from the classroom because it had potential harm for white working class children.

It also found that the biggest inequality in school outcomes was from poorer white families who were least likely to hit the required standard or go to university.

Mr Gullis also said there should be “consequences” for leftwing teachers who politicise the classroom by using it as a platform to attack the Conservative Party.

He said: “For some reason if a Labour Party member wants to stand up in front of the classroom and say how bad and evil the Tories are, then the headteacher has to take some kind of sympathetic view to that. It’s absolutely disgusting, we need to start sacking people who are pushing their political ideology.”

“For a Member of Parliament and recent member of the Education Select Committee to show such ignorance is as shocking as it is dangerous,” she said.

“To insist that anyone using the term white privilege should be referred to the counter-terrorism Prevent course is not only bizarre, it is dangerously authoritarian and from a dystopian philosophy.

“To insist that anyone using the term white privilege should be referred to the counter-terrorism Prevent course is not only bizarre, it is dangerously authoritarian and from a dystopian philosophy.

But fellow Red Wall Conservative MPs from the Common Sense Group have rallied to support Mr Gullis and demand a clamp down on the racist “white privilege” term.

Former teacher Brendan Clarke-Smith, MP for Bassetlaw who was on the same panel as Mr Gullis, said: “ I’m pretty sure people from impoverished former mining communities and coastal towns which have been neglected for generations don’t feel much ‘privilege’. This may go down well at dinner parties in Islington, but for those of us living in the real world we are more concerned about finding well paid jobs and having good schools for our children – not arguing about abstract concepts and warped views on colonialism.

“Jonathan was also suggesting that teachers who force their opinions on pupils should be dealt with ‑ not for any particular political view, but as a basic expectation of professionalism.”

“Jonathan Gullis was absolutely right to say that it should be reported to Prevent.”

He pointed out that the report by Commission on Race and Ethnic Disparities chaired by Dr Tony Sewell recently made it clear that critical race theory and terms like white privilege are causing harm in society.

Dudley North MP Marco Longhi added: “‘White privilege’ is an extreme view because the only thing it achieves is more division by emphasising difference and somehow that difference embodies privilege too.

“People who use the term ‘white privilege’ need to explain to me why it is that the most disadvantaged and underperforming children in our schools are young white boys.”

Ipswich MP Tom Hunt, who is on the education committee, said: “Whether it is an issue for Prevent is beside the point. There should be consequences for teachers who promote ‘white privilege’.”