The recent revelation that a senior Navy task force is proposing an oath to be taken by every member of the Navy was a warning of how deep woke-think has penetrated American institutions – even the Defense Department.

Consider this pledge proposed by Task Force Navy One, which was formed in June to develop strategies to combat discrimination in the Navy:

“I pledge to advocate for and acknowledge all lived experiences and intersectional identities of every sailor in the Navy. I pledge to engage in ongoing self-reflection, education and knowledge sharing to better myself and my communities. I pledge to be an example in establishing healthy, inclusive and team-oriented environments. I pledge to constructively share all experiences and information gained from activities above to inform the development of Navy-wide reforms.”

NEWT GINGRICH: SPEAKER PELOSI, TEAR DOWN THIS FENCE AROUND US CAPITOL

Reread this pledge and think of the young men and women who will be asked to commit to it.

First, how many new recruits will have any idea what this “intersectionality” they have pledged to advocate for and acknowledge actually is?

“Intersectionality is a concept often used in critical theories to describe the ways in which oppressive institutions (racism, sexism, homophobia, transphobia, ableism, xenophobia, classism, etc.) are interconnected and cannot be examined separately from one another.”

The website goes on to say it is “largely used in critical theories, especially Feminist theory, when discussing systematic oppression.”

It is profoundly wrong to have our young men and women in uniform take a pledge like this.

Since most of the sailors will not know what “intersectionality” is, they will be instructed by woke professionals who make a living teaching wokeness in government, corporations and educational systems. There is now an entire industry of woke instructors and woke experts who make pretty good livings putting on mandatory woke lessons – where people are trapped by the power structure and forced to learn left-wing nonsense as a condition of keeping their jobs.

So, should this pledge be instituted, we will soon have a brainwashed military spouting largely partisan ideological nonsense. Members will be told their survival in the military and their chance for promotion is dependent on learning left-wing baloney.

This isn’t what we want in a military.

We want a military dedicated to war fighting, learning the lessons of military history, and preparing to defeat our opponents if we are militarily threatened. The kind of potentially heroic young men and women who rally to the flag to fight for America are not going to be strengthened in their dedication to winning by having to learn an ideology that has been foisted on a gullible country by woke flim-flam artists (the modern grifters of phony sociology and politics).

This proposed Navy pledge is insane because of the signals it sends to our potential enemies.

The leftwing anti-American bias of the woke movement proves that the very words of the pledge are a lie. The pledge says, “I pledge to advocate for and acknowledge all lived experiences and intersectional identities of every sailor in the Navy.” Do you think the writers of it really mean that?

What if you are a fundamentalist Christian or an Orthodox Jew who joined the Navy? Do you think this new pledge means people are supposed to listen to and support you? What if your life experiences include a belief in the right to life and a deep commitment to marriage between a man and a woman? Do you think trying to explain that is going to be applauded by the woke fanatics? Do you think they will “advocate for and acknowledge” your lived experience?

What if your life experiences have led you to a deep patriotism and a belief that the police and the American military are forces of good? Do you think your woke instructor is going to encourage the class to listen to you if you start talking like an author at National Review or Sean Hannity? 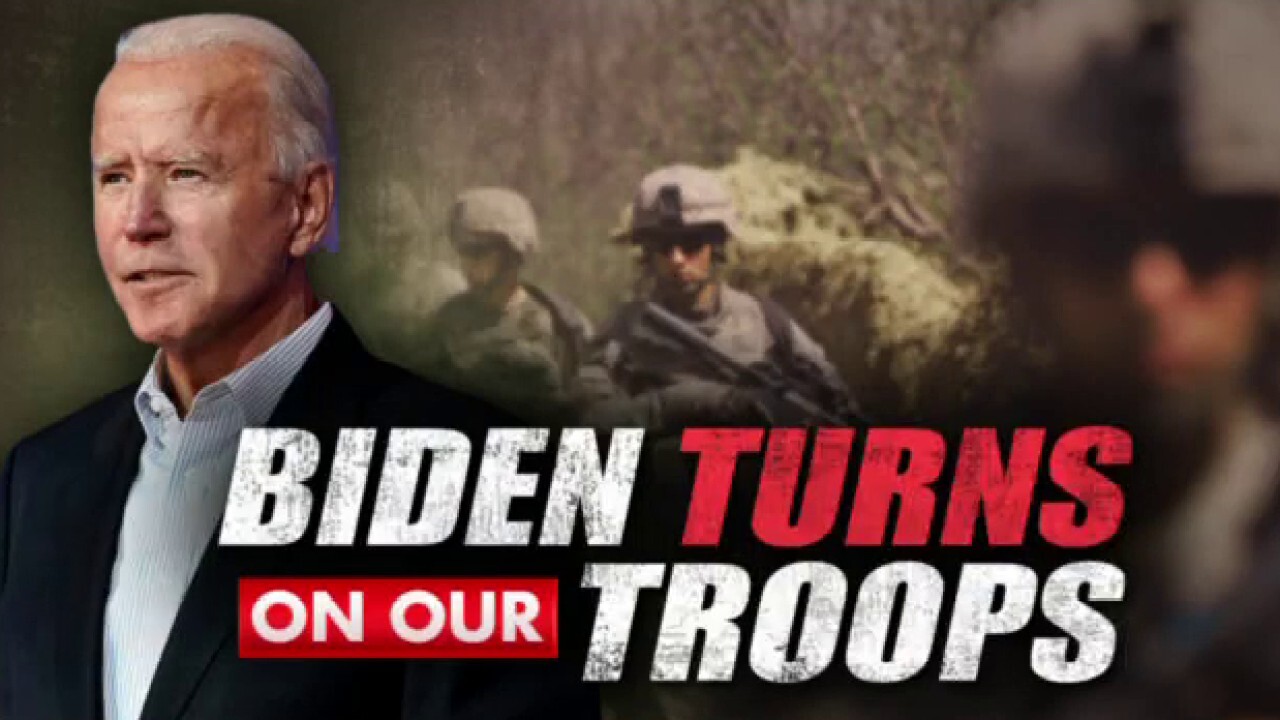 Remember: The heart of “intersectionality” is learning about “oppressive institutions (racism, sexism, homophobia, transphobia, ableism, xenophobia, classism, etc.)” Where do you think heterosexual White males fit in that paradigm? Of course, they are seen as the enemies, the oppressors, and the ones who must be outed. Remember that “ableism” is discrimination in favor of able-bodied people. Military institutions must produce the toughest, most capable and strongest people – in order to win in combat. The entire premise of intersectionality is madness when applied to a military institution.

The identity politics that come from intersectionality are designed to separate people into different social groups with different ratings of privilege and grievance. Military units must be one team – in complete unity – or Americans die and America fails.

Finally, this proposed Navy pledge is insane because of the signals it sends to our potential enemies.

Can you imagine Xi Jinping – who is in the middle of simultaneously orchestrating the genocide of the Uyghurs in Xinjiang and the suppression of the pro-freedom movement in Hong Kong – being briefed that the U.S. Navy has decided to become a social work experiment in feeling warm and understanding about each other? Do we think this will make the Chinese Communist dictatorship more or less likely to test our resolve in the South China Sea or the Taiwan strait?  Do we think this newly emerging sensitive U.S. Navy will lead them to stand down because they realize what nice people we have become?

Similarly, can you imagine Vladimir Putin – in the middle of planning the poisoning of one or more opposition leaders – being told that the new woke American Navy was prepared to contest the Black Sea or the Baltic? Do you think he would be more likely to back off or more likely to test this new social sciences experiment?

The Defense Department is starting down a dangerous road. The Congress should stop it.