Ahead of crisis talks over border tensions, No.10 said it was “disappointing” the bloc chose to trigger Article 16 of the Brexit trade deal. The move, which was later reversed, would have created a hard border on the island of Ireland. Last night’s showdown between Cabinet Secretary Michael Gove and Commission vice-president Maros Sefcovic came as anger rose over border frictions.

Mr Sefcovic provoked outrage on Wednesday by ruling out major changes to the Brexit deal’s Northern Ireland protocol – which is designed to avoid a hard border.

Yesterday the Prime Minister’s official spokesman told a Westminster briefing: “We have set out the issues we want to see addressed and that is the purpose of the meeting later.

“It is disappointing that the Commission has failed to acknowledge the shock and anger felt across the community in Northern Ireland from its decision to trigger Article 16 and the need to take urgent steps to restore confidence as a result.”

The deepening row centres on the trade frictions caused by the Northern Ireland protocol. This has led to disruption on goods crossing the Irish Sea, with new checks imposed on those moving from Britain to the province. 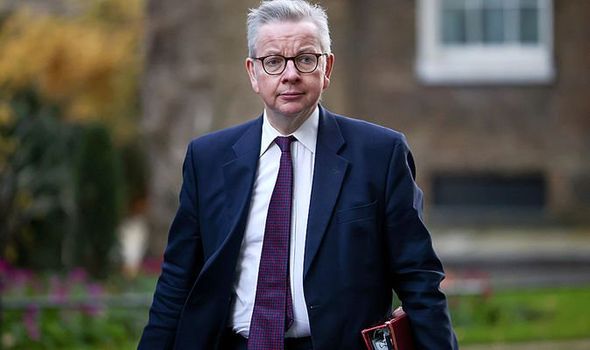 Concerns have been raised that Northern Ireland’s place within the UK is being undermined.

Irish premier Micheal Martin said: “I worry about the post-Brexit noise from EU member states towards Britain and vice versa.”

Boris Johnson has threatened to suspend parts of the Withdrawal Agreement unless the EU agrees to relax the checks.

The Government wants an extension until 2023 of a series of “grace periods” that are in place for supermarket goods, chilled meats, parcels, medicines and pets crossing the Irish Sea. But the EU has signalled any extensions will be much more limited.