Biden must place 2nd in Nevada, win in SC or candidacy could flop: Sources

FOX Business’ Charlie Gasparino reported Biden advisers believe his candidacy could fail if he does not lead in upcoming polls and Wall Street advisers say it’s critical Bloomberg doesn’t appear as ‘out of his league.’

A law firm representing former President Barack Obama sent a cease and desist letter to a pro-Trump super PAC Wednesday over a “misleading” ad that uses a passage from his audiobook.

The ad “Enough Empty Promises” by the group Committee to Defend the President attacks former Vice President Joe Biden and uses a recording of Obama reading a passage of his 1995 book, “Dreams from My Father: A Story of Race and Inheritance.”

Combined with a photo of Biden and text statements about the politician, it appears as though it’s a recent statement by Obama about Biden, according to the cease and desist. The passage was actually recounting a conversation with and statements by a barber called Smitty about Chicago politics before the city’s first black mayor, Harold Washington, was elected in 1983. 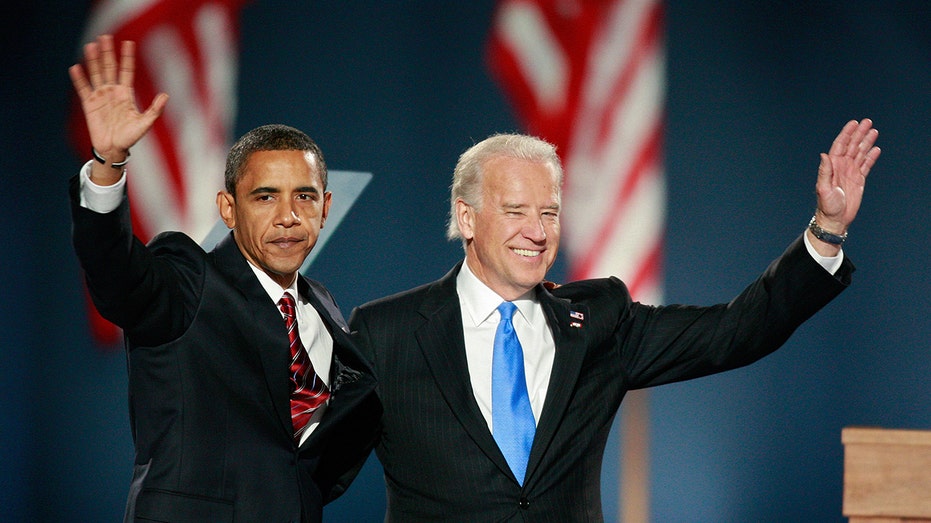 President-elect Barack Obama and Vice-President-elect Joe Biden wave to their supporters after Obama gave his victory speech during an election night gathering in Grant Park on November 4, 2008 in Chicago, Illinois. (Photo by Scott Olson/Getty Images

CAN A DEMOCRAT BEAT TRUMP IN NOVEMBER?

The ad aired during the Democratic Party presidential primary debate in South Carolina Tuesday. It is also currently posted on the group's Facebook page.

Katie Hill, a spokesperson for Obama, told FOX News in a statement that the “despicable ad is straight out of the Republican disinformation playbook, and it’s clearly designed to suppress turnout among minority voters in South Carolina.”

“In the interest of truth in advertising, we are calling on TV stations to take this ad down and stop playing into the hands of bad actors who seek to sow division and confusion among the electorate,” Hill said.

The letter demands that the PAC remove the ad from its social media platforms and stop airing it.

“Good luck with that,” the group wrote on its Facebook page Wednesday evening. 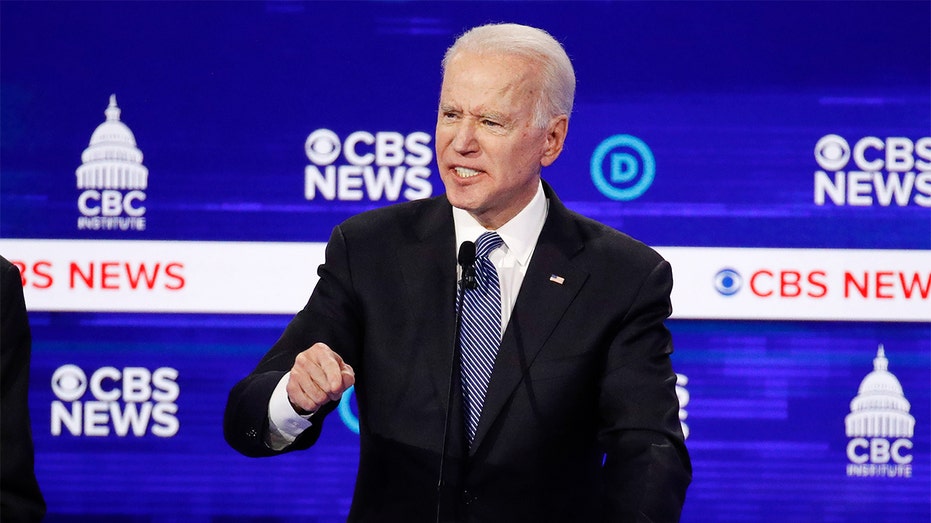 “Donald Trump and his allies are absolutely terrified that Joe Biden will defeat him in November,” Bates said in a written statement. “Trump even got himself impeached by trying to force another country to lie about the vice president — who's now the only candidate to have proven he can overcome Trump's trademark, craven smears. This latest intervention in the Democratic primary is one of the most desperate yet, a despicable torrent of misinformation by the president's lackeys. It spotlights yet again what we've all known for a very long time: Joe Biden will win this battle for the soul of our nation."

Obama has not yet endorsed any candidate in the 2020 presidential race.