Aboard what I thought would be a run-of-the-mill flight from Columbia, South Carolina, to New York City’s LaGuardia Airport, I heard someone whisper, “Is that Cory Booker?”

After storing a briefcase in the overhead bin, the New Jersey senator sat down next to me. I knew he’d come from a campaign event in which he officially filed paperwork to compete in the South Carolina Democratic primary, so I asked him how it went.

He smiled and told me it went well.

During taxi and takeoff, we spoke about a wide range of topics, from the significance of making the December debate stage, his bromance with fellow 2020 contender Andrew Yang and how he decompresses on the campaign trail.

Booker has surpassed the 200,000 donor requirement for the December democratic debate, but is still short in the polls he needs to qualify to take the stage. He told me that missing out on the December debate would be a blow to his campaign because they’ve seen a fundraising bump after every debate performance, and those funds are critical to keeping his campaign going. He told me he’s looking forward to seeing poll results in the next 10 days before the DNC’s Dec. 12 deadline. 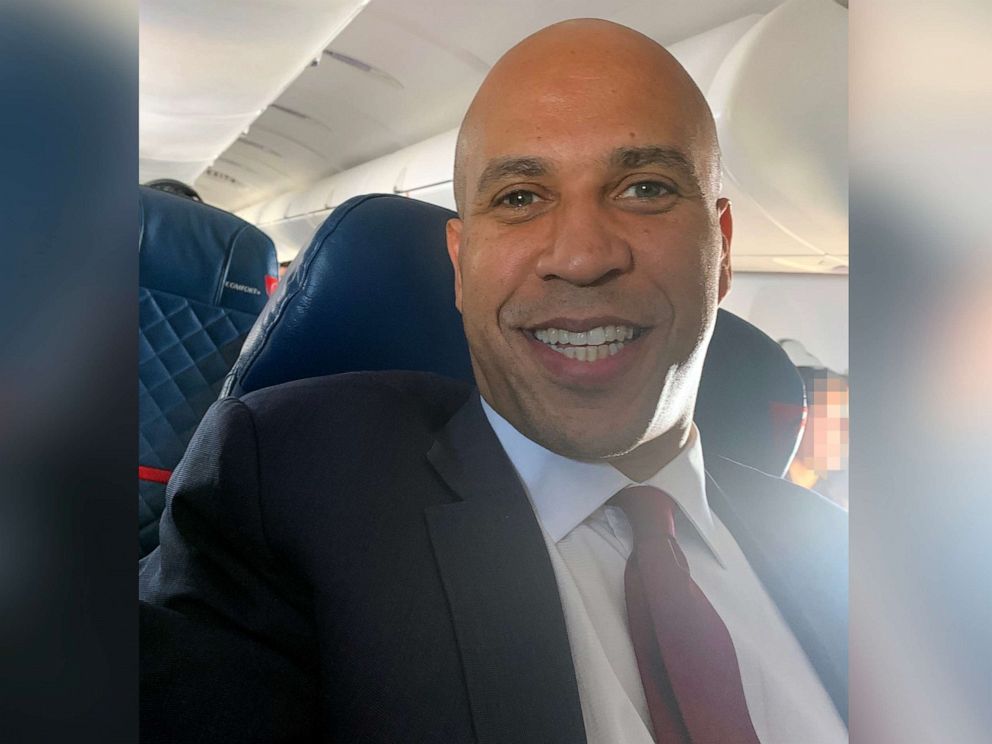 I asked Booker if he was frustrated by the DNC’s debate rules. He told me the rules prevent candidates from spending that money in the field to interact with voters. Instead, he said, candidates are forced to funnel money into digital fundraising appeals. He said the current rules favor wealthy candidates like Tom Steyer who can pump money into ads.

Booker told me that his campaign is working the ground game in early states to collect local endorsements as a means to build momentum.

He’s counting on the enthusiasm of his supporters in Iowa. He said that his performance in South Carolina would be dependent on the results of earlier primaries, acknowledging that black voters are pragmatic.

I asked him if his girlfriend, actress Rosario Dawson, would take on a more formal role in his campaign, as she’s been spotted by his side on the campaign trail. Booker mentioned that Dawson was a Sen. Bernie Sanders surrogate in 2016 and he was unsure if she wanted to contribute in that way again.

Booker also shared kind words about his 2020 rival, Yang. He told me the two were friends before the campaign and called him a “decent” man and said that his policies come from an “earnest” place.

He asked me for Netflix recommendations because during every campaign he’s run, he has picked a television show to watch on his downtime. During his Newark mayoral campaign, Booker watched “Buffy the Vampire Slayer.”

As our flight took off, Booker, like many other passengers around us, dozed off under an airline-issued blanket.