Retail analyst Hitha Herzog and Kristin Bentz of KB Advisory Group break down the state of the US economy on ‘Making Money.’

The Phoenix, Arizona, city council voted Wednesday evening in support of giving bonuses ranging from $250 to $2,000 to city employees if they are fully vaccinated for COVID-19 by next month – using money from President Biden’s American Rescue Plan.

The council voted 6-3 in support of the bonuses, so the money will be distributed to thousands of city workers who get vaccinated by Jan. 18, 2022.

The money, which will not go to elected officials, executive staff or managers, will be coming from Biden and the Democrats’ massive pandemic recovery package.

Currently, Phoenix city employees have a vaccination rate of 53%. Up to $29 million of American Rescue Plan Act funds will cover the payments.

Prior to the vote, Republican council member Sal DiCiccio of District 6 voiced his criticism of the proposal, saying the American Rescue Plan money shouldn't be "politicized" and that it should be given to all city workers who worked during the pandemic.

"They risked the lives of the people around them to protect us," DiCiccio said. "This is meant to give those individuals that little thank you that they deserve, and now it’s become politicized."

The plan has come under fire from even liberal media in the area, with Arizona Republic columnist Elvia Diaz expressing her disappointment with the proposal.

The American Rescue Plan’s effect on the economy has been adverse with inflation steadily rising since its implementation. The San Francisco Federal Reserve Bank published research earlier this year pointing to the president’s COVID recovery legislation. 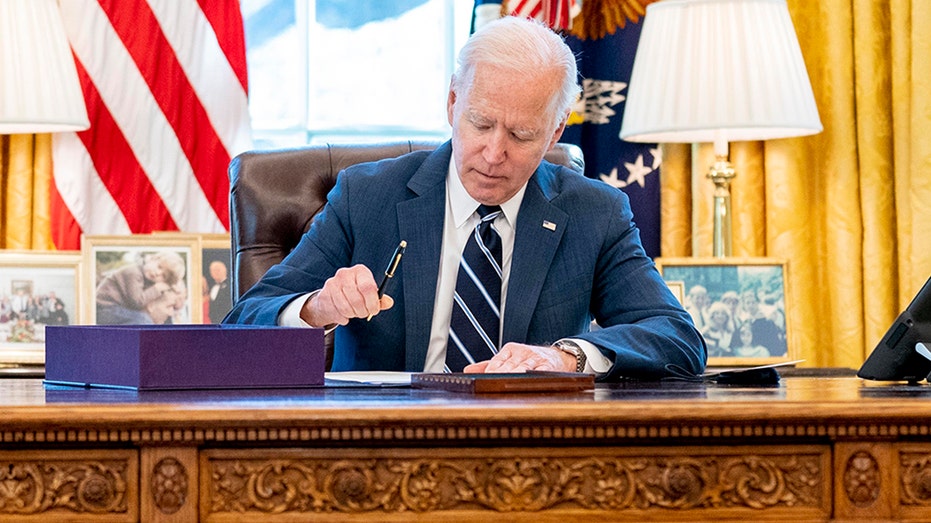 The analysis came amid a furious debate on Capitol Hill over whether the spending package – which Democrats passed without a single Republican vote – is responsible for wild surges in consumer prices.

Critics say the plan, which included a third round of $1,400 stimulus checks, a boost to unemployment benefits and a one-year expansion of the child tax credit, flooded households with poorly targeted cash and overheated the economy. Advocates say the legislation provided critical relief to families and small businesses.

FOX Business contacted several Phoenix-area Democrats for their thoughts prior to the vote, including Reps. Ruben Gallego and Greg Stanton.

Neither congressman’s office responded to FOX Business’ request for comment.