Photos capture the conditions of an overcrowded Texas facility where 4,000 migrants are housed

More than 4,000 migrants, including many children and families, are being housed in a Department of Homeland Security facility that has a capacity of 250. 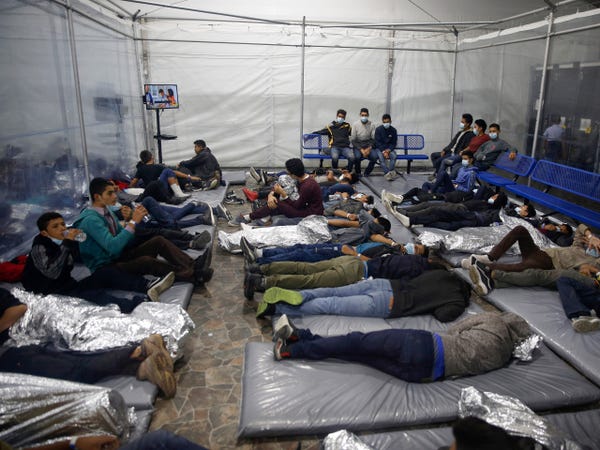 As thousands of migrant families and unaccompanied children have reached the US Southern border in recent weeks, President Joe Biden has faced increasing scrutiny over the administration’s lack of transparency.

For the first time on Tuesday, US Customs and Border Protection allowed two journalists from The Associated Press and a crew from CBS to tour the Donna, Texas, facility in the Rio Grande Valley.

The visit revealed a “severely” overcrowded tent facility with a capacity of 250, housing more than 4,000 migrants crammed into pods, according to the AP.

Kids are being housed by the hundreds in eight small pods. Many had more than 500 kids in them. 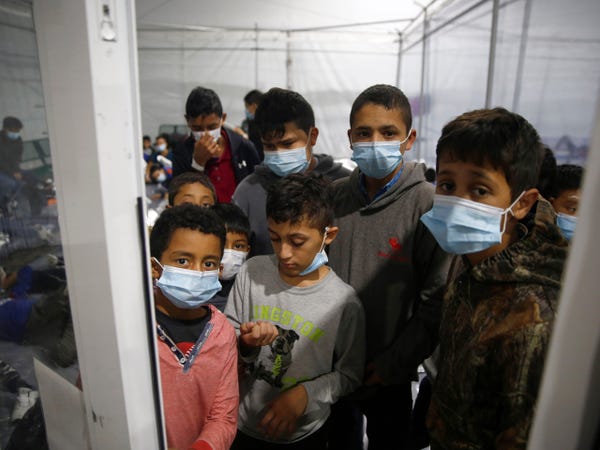 Unaccompanied migrant children are processed in the tent facilities before being taken to Department of Health and Human shelters and then placed with family members or sponsors.

When journalists visited Tuesday, hundreds of kids were being housed in eight small pods about 3,200 square feet in size, the AP reported. Many reportedly had more than 500 kids in them.

US Border Patrol in the Rio Grande Valley told the AP that 250 to 300 children enter daily, but far fewer leave. 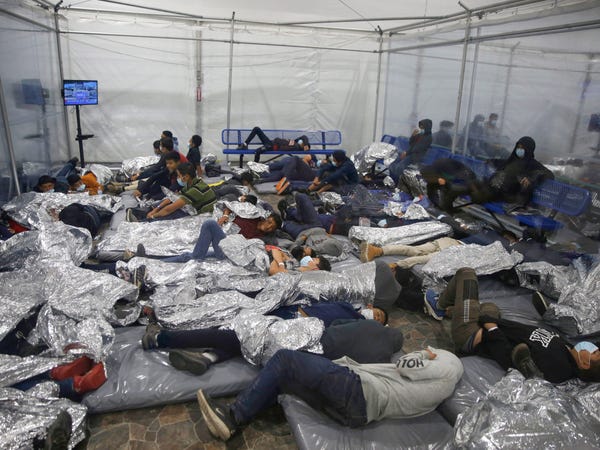 The youngest children are kept in a large play pen and monitored by a caretaker. 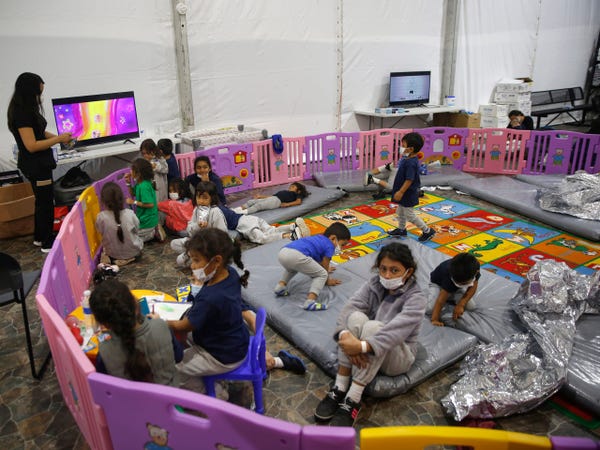 Unaccompanied migrant children between the ages of 3 to 9 are kept separate from the other detainees and are housed in a small playpen with mats on the floor for sleeping, according to the AP.

When the migrants arrive at the facility, they wait to enter the intake area and be processed. 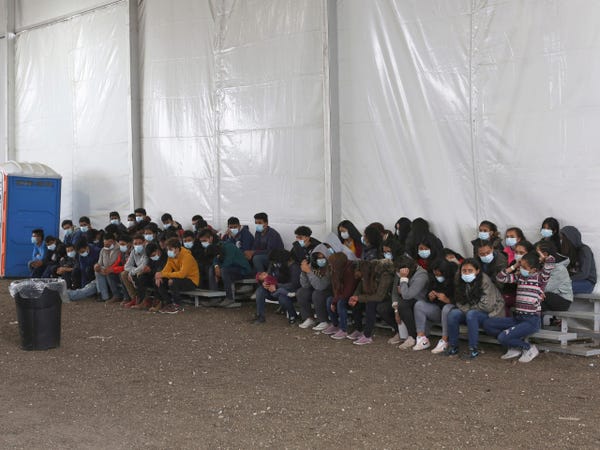 They are given a health inspection and checked for lice first. 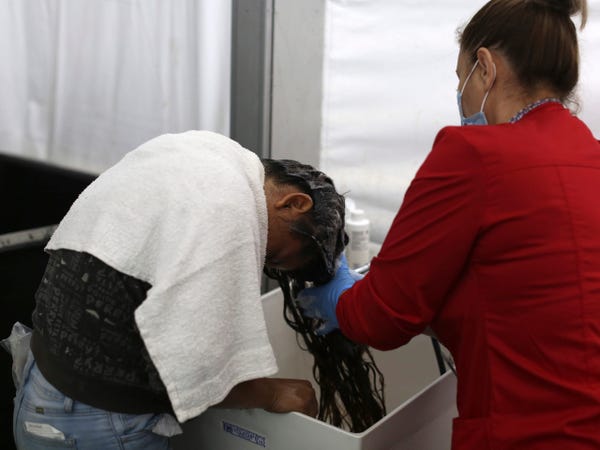 Their hair is hosed down and checked for lice before they enter the crowded facility. Minors are checked for scabies, fever, and other ailments, according to the AP.

Nurse practitioners also give psychological tests to the unaccompanied minors, asking if they have experienced suicidal thoughts.

The facility removes all shoelaces to avoid any harm, the outlet reported.

COVID-19 tests are only administered to those who show symptoms. 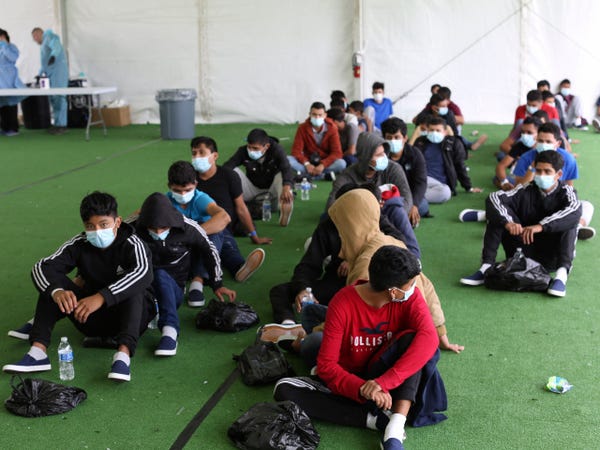 After the medical inspections, the migrants are taken to a second intake room where they receive notices to appear in immigration court. Border agents then allow the migrants to speak via phone with a US contact if they have one. 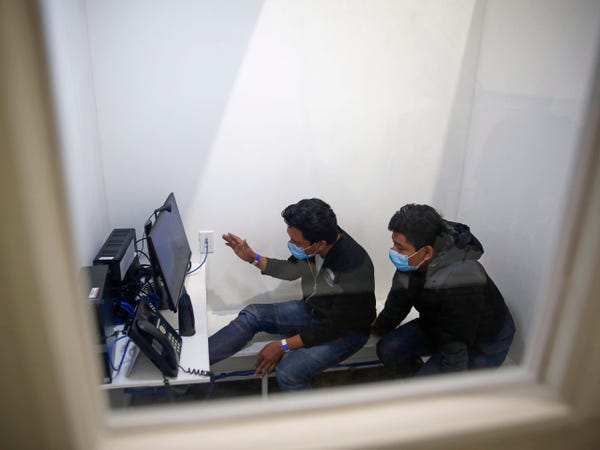 Migrants older than 14 are fingerprinted and have their photos taken. Younger children do not. 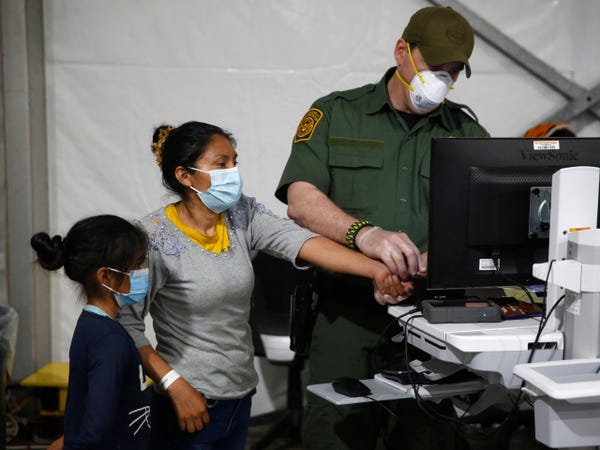 The children are given a barcoded bracelet that shows the history of their medical checks and showers. 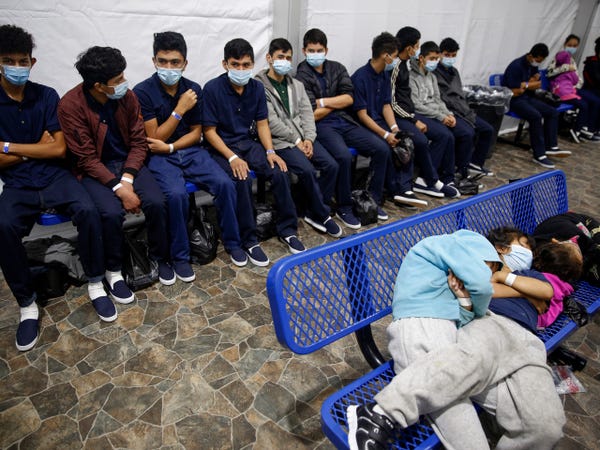 Most of the unaccompanied minors have had long journeys to reach the border, including sections on foot, and are eager to rest. 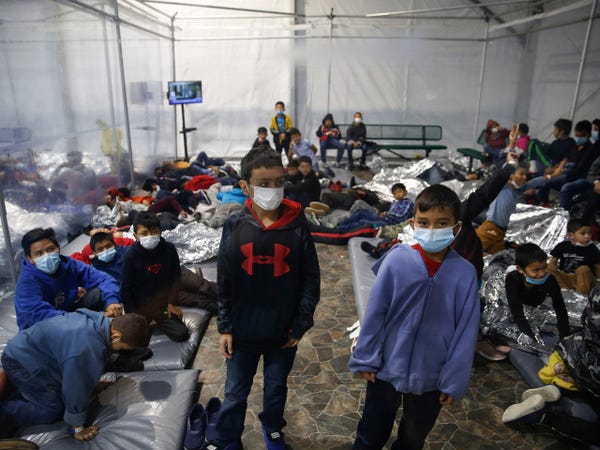