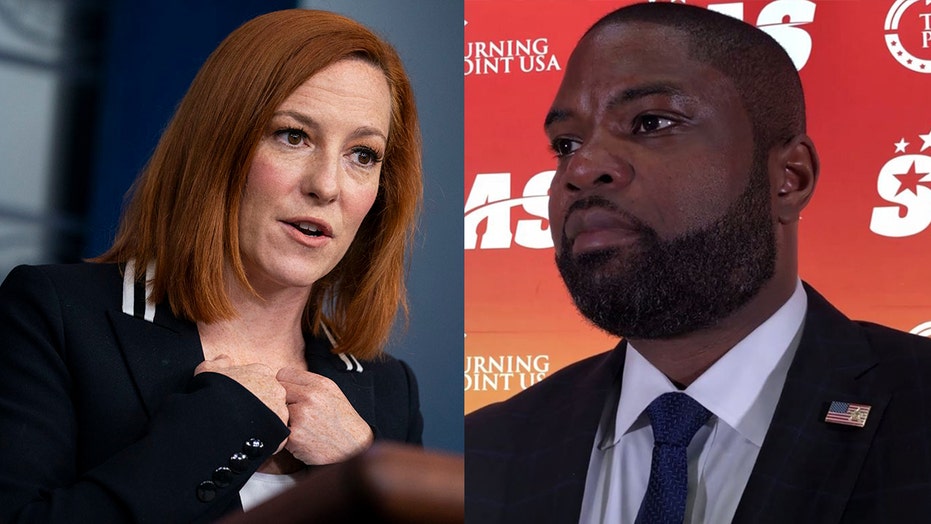 Rep. Donalds rips Psaki’s ‘outrageous’ comments on Big Tech: White House got ‘caught with their hand in the cookie jar’

White House press secretary Jen Psaki insisted Thursday that the Biden administration is not pushing critical race theory in schools after it promoted a radical activist group’s handbook in its official reopening guidance, which she said was in “error.”

The Department of Education (DOE) had linked to the Abolitionist Teaching Network’s “Guide for Racial Justice & Abolitionist Social and Emotional Learning” in its handbook intended as a “roadmap” for schools to reopen safely during the coronavirus pandemic.

The group’s guide claimed that social and emotional learning (SEL) “can be a covert form of policing used to punish, criminalize, and control Black, Brown, and Indigenous children and communities to adhere to White norms,” and that “[m]ost SEL standards are rooted in Eurocentric norms, not to empower, love, affirm, or free Black, Brown, or Indigenous children.”

DOE issued a statement Wednesday distancing itself from the group and blaming an “error” for the guide’s inclusion in its handbook.

“The Department does not endorse the recommendations of this group, nor do they reflect our policy positions,” the statement read. “It was an error in a lengthy document to include this citation.”

During her daily press briefing Thursday, Psaki was pressed by Fox News’ Peter Doocy on whether the administration planned to “follow up with school districts to make sure that the Abolitionist Teaching Network material is not in lesson plans.”

“It was an error in a lengthy document to include this citation,” she said, repeating DOE’s statement. “[It] does not represent the administration’s view and we don’t endorse the recommendations of this group. And I believe it’s been removed or is in the process of being removed.”

A Fox News review of the document found 182 links embedded in the body of the text and 74 footnotes at the end, far fewer than the “thousands” Psaki referenced.

The controversial citation, which was on page nine of the handbook, has been removed as of Thursday afternoon.

“But we are close to schools reopening,” Doocy fired back. “Is there any concern, if you don’t endorse this material that was in their citation or not, that it’s in lesson plans?”

Psaki responded by saying the federal government does not dictate local schools’ curricula.

“Well, first, I would say that, as we’ve said many times before, we don’t dictate or recommend specific curriculum decisions from the federal government,” she said.

“That is and will continue to be handled at the local level, and we believe that the American people trust teachers to make those decisions, not government.”